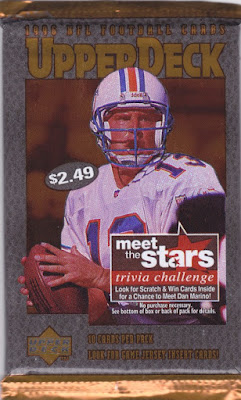 There's some sort of super football game today. Sources tell me that it is big. In honor of this, let's take a look at some decades-old football cards. For one stupid amazing year, Upper Deck decided to put interesting photography on their sports cards along with actual dates to commemorate what you were seeing on the card. This novel concept was quickly abandoned and has never been used in large scale since. Ridiculous. This is the first time I've seen this on NFL cards, and I think that it's a winner. 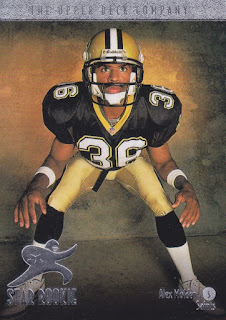 11 - Alex Molden - But first, we have a Star Rookie, an Upper Deck staple. It's Alex Molden, a standout cornerback at Oregon who played in the Rose Bowl and Cotton Bowl. This goes straight into my Ducks collection. 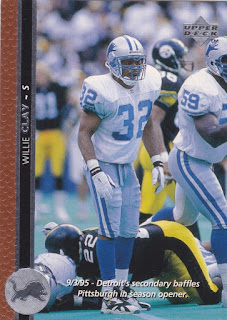 43 - Willie Clay - This one isn't an amazing action photo necessarily, but it demonstrates the concept. Here you get the date this took place and what was going on at the time. 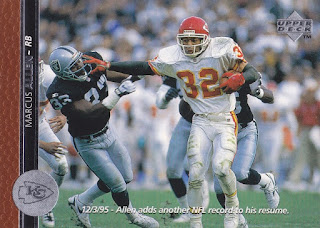 75 - Marcus Allen - Allen actually spent 5 seasons in Kansas City, but it's still super weird to see him captured on card playing against the Raiders. 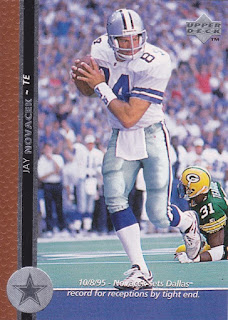 98 - Jay Novacek - I have nothing good to say about the Cowboys. 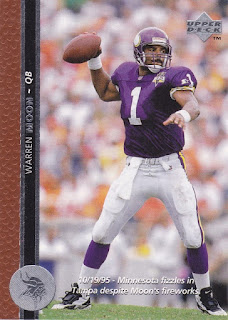 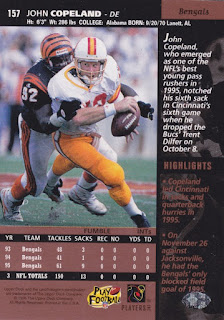 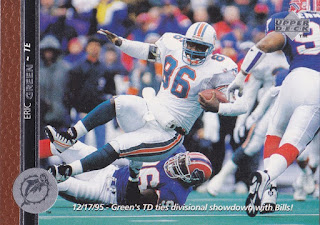 196 - Eric Green - Such a great photo. Photos were really the best reason to collect football cards in the '90s. 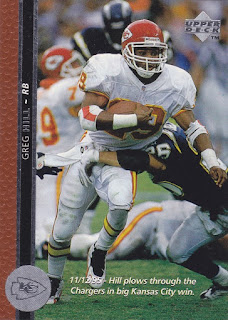 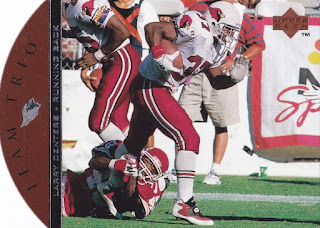 TT66 - Larry Centers Team Trio - I remember the name, but can't recall much else about Centers. According to the back of this insert card, he was a prolific pass catcher for a running back. 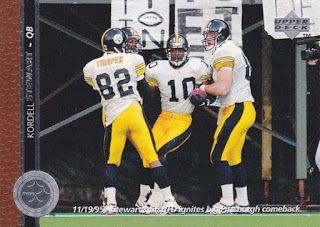 263 - Kordell Stewart - Stewart was way ahead of his time as a prototypical dual-threat QB.

It is weird seeing Marcus Allen in a Chiefs uniform....

Interesting cards. I like the design and the dates. I'll have to look for some of these cards. Good pull with a couple of Hall of Famers and you can't go wrong with either Moon or Allen. Great post.

In all major sports, this is probably the Upper Deck set that I've seen the least and yet is exactly what I would want to do if I was putting together a good card set. I'd want interesting photography and put a date and caption on everything. It's so much more interesting and I don't understand why it's so hard.

I guess this is what I should really be collecting.