Written by SumoMenkoMan at 7:00 AM
Greetings from Germany and a German pack of 2015 Topps Die Riese Zu Star Wars: Das Erwachen Der Macht (Journey to Star Wars: The Force Awakens).  This came from the discount bin at the local stationary shop so I had to snag the 3 packs they had.  I haven't opened the U.S. or U.K. version of this product so this will be an adventure seeing all the words in German.  This set is identical to the UK Version of this Set except everything is written in German.  A few years back CynicalBuddha opened the US Version of the pack here.  According to the pack back there are over 200 cards in the set (207 to be exact) and 10 cards per pack.  There are rainbow parallels 1 in 3 packs and a limited card 1 in every 50 packs.  I think I did that translation correctly...why didn't I take German back in high school???!  I guess we'll find out what lies within.  Grab your half liter of hefeweizen beer and a pretzel.....it's throwback Thursday. 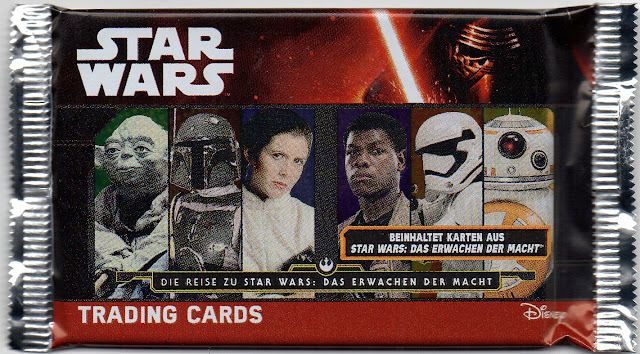 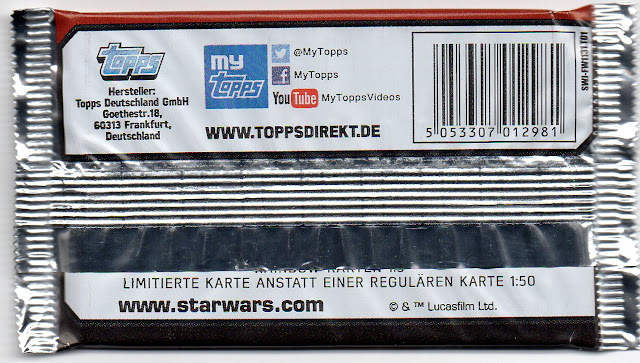 What's in the pack? 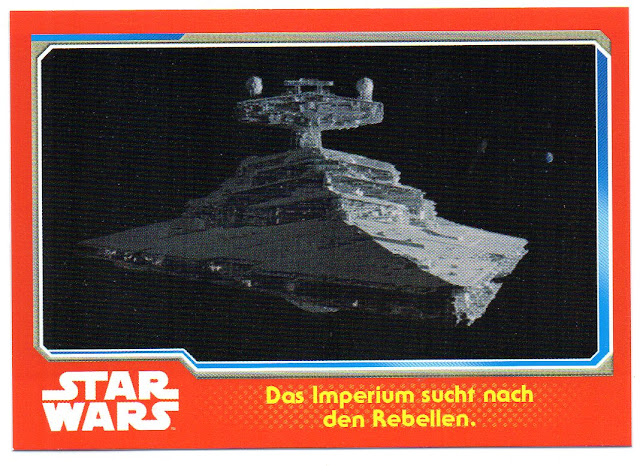 Cards #48: The set is broken up by the previously released movies.  Here is a screen shot from The Empire Strikes Back 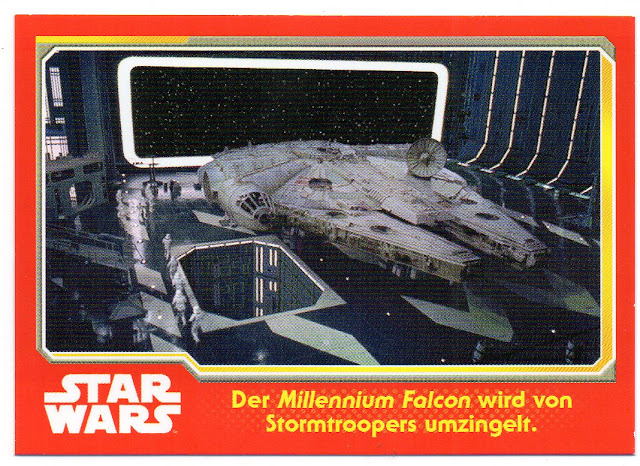 #22:  Millennium Falcon in A New Hope 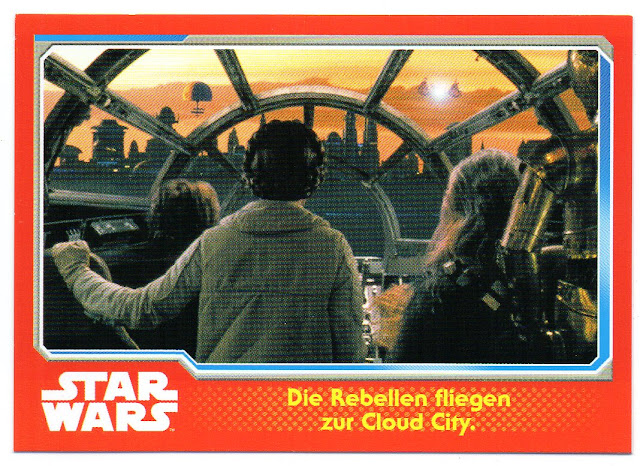 #77: Cloud City in The Empire Strikes Back 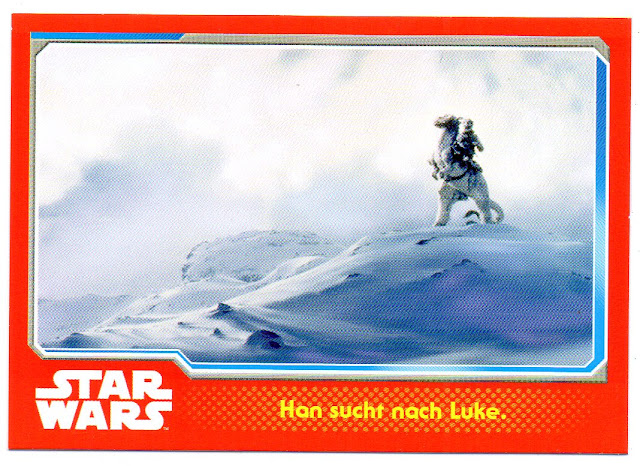 #53: Luke getting ready to spend a cozy night in the guts of his tauntaun in The Empire Strikes Back 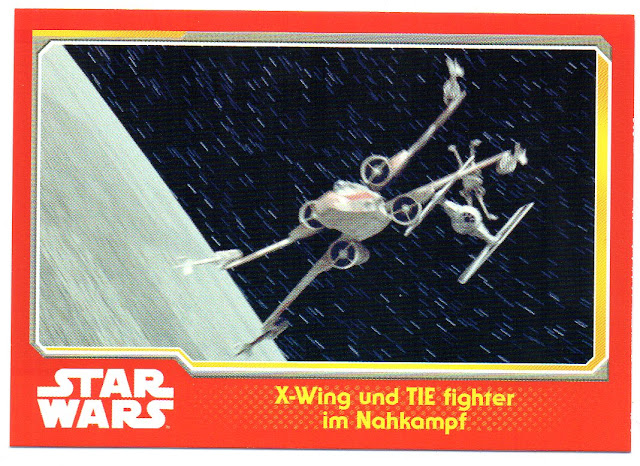 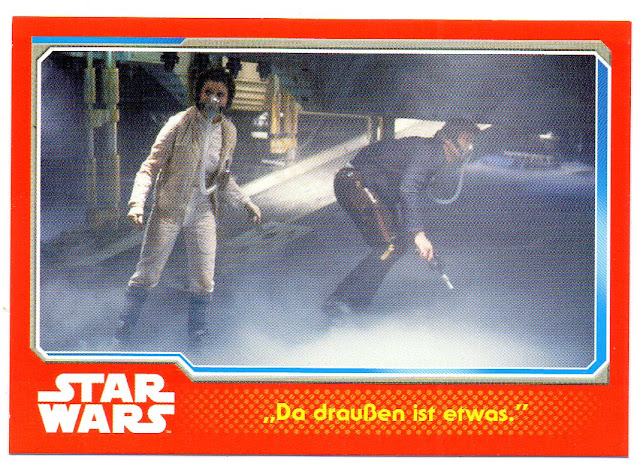 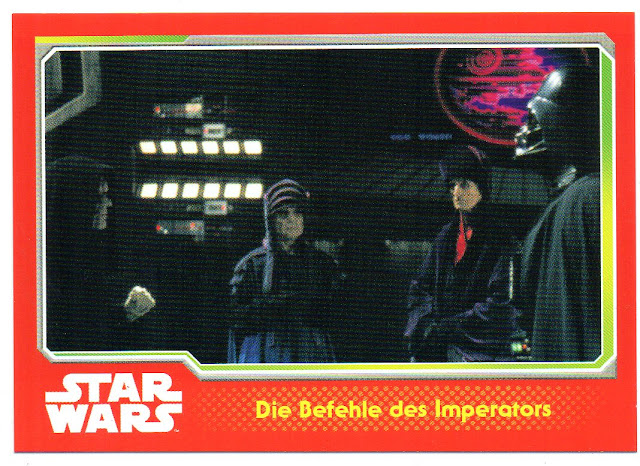 #121: Doesn't everyone on this card die at the end of The Return of the Jedi 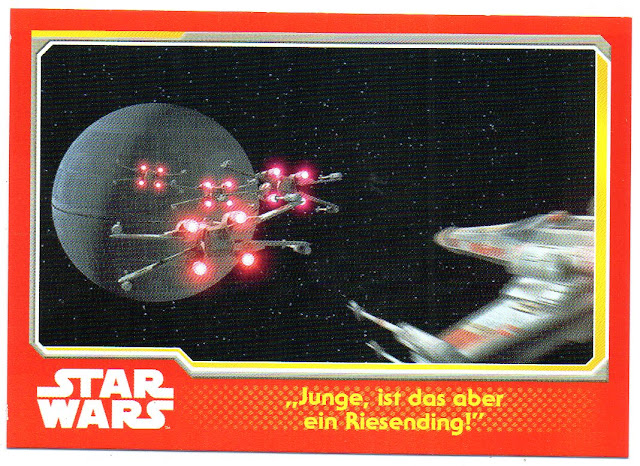 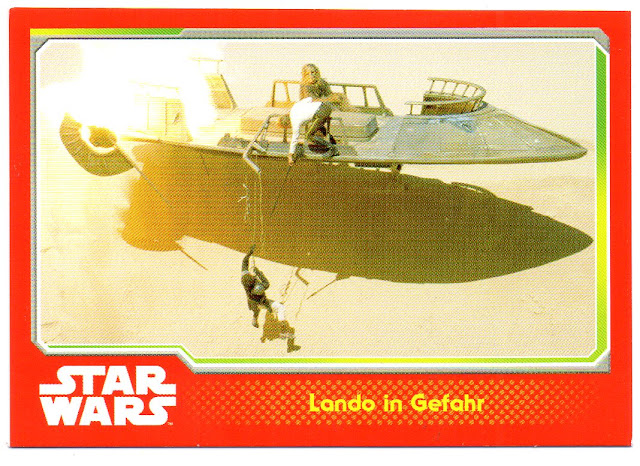 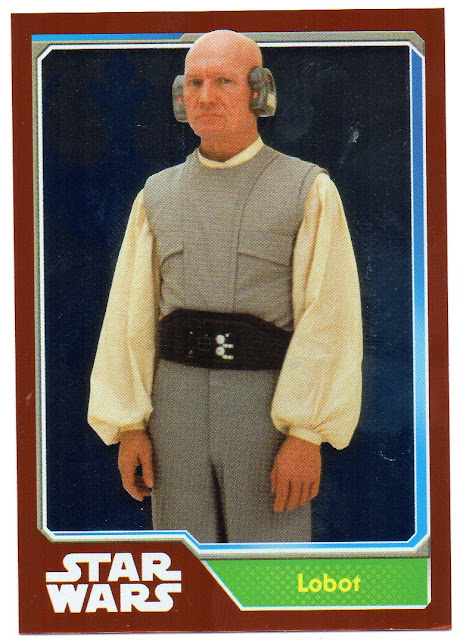 #174:  Labot from The Empire Strikes Back.  It is hard to tell in this picture, but this is a foil card.  Not sure if they are any rarer than the other ones.  At least not according to the pack back. 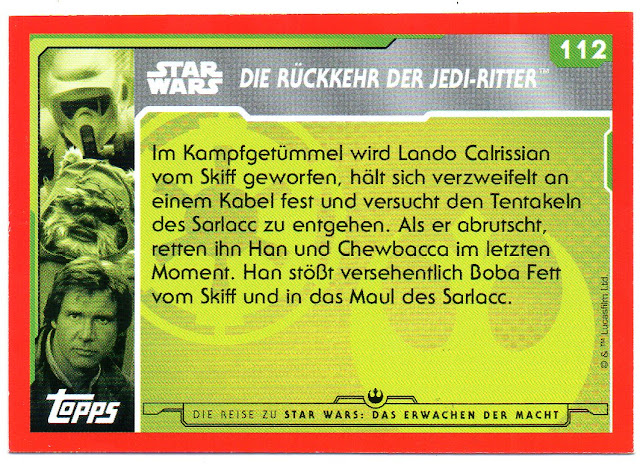 Each movie subset has a different color back.  The Return of the Jedi is green.  The Empire Strikes Back is blue.  A New Hope is orange.  I am not sure of The Force Awakens cards.

There you have it.  I hope your weekend is enjoyable.

Great stuff. That Solo on the tauntaun card is sweet! I remember having the original card from the 1980 Topps set way back in the day. But this version seems so much clearer.