Hope everyone is enjoying their Valentine's Day.  The Wifey is a room mom for both kid's classrooms, and since both classes had parties today, I had to come off the bench to be room dad for one of the parties.  Hats off to teachers who have to deal with lots of little munchkins all day. 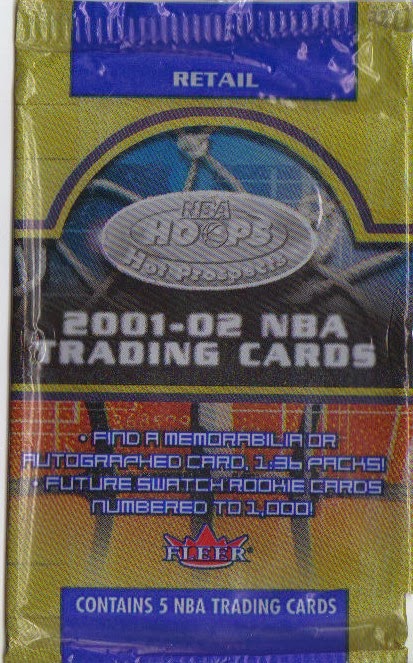 My over 2 year old Beckett does list this set as "Hoops Hot Prospects".  It was the second year of this set being called this way.  There was no "Hoops" set in either year, though.

The big rookies were Tony Parker and Pau Gasol.  Here's what I got:

The bottom of the card is slightly textured to feel like a basketball.  Too much empty space for me though. 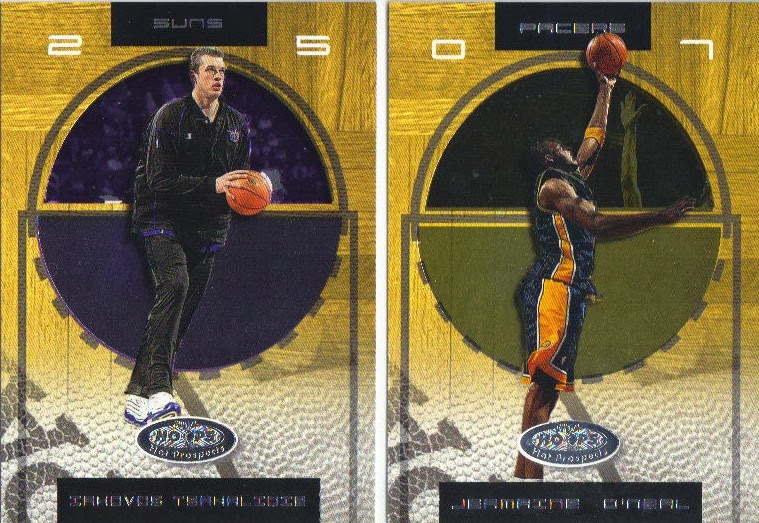 The foil is everywhere; the team name at the top, the circle, the Hoops logo, and the player name are all foiled up.  If you notice on the O'Neal card, there is a little white space at the bottom of the Hoops logo, showing the foil being a little off.  I have a couple of other cards where the foil was off everywhere on the card.  Quality control issues still existed at the beginning of the 21st Century.

Here are a couple of backs for you: 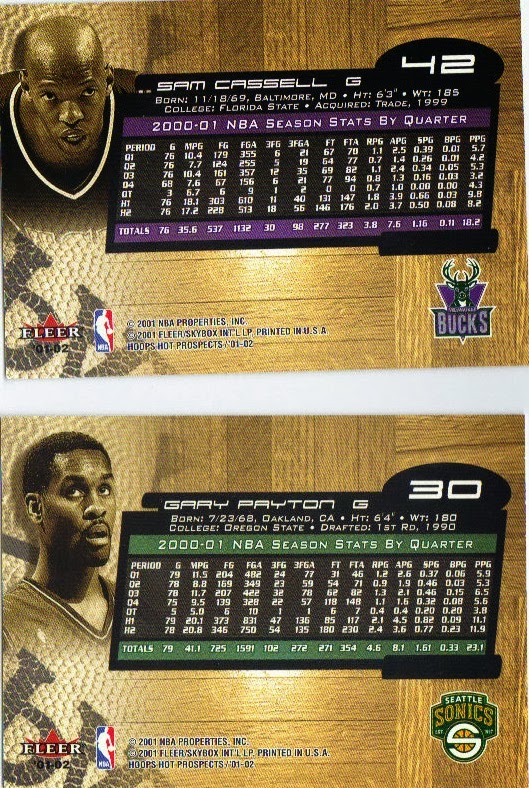 The basketball texture did not continue on the card backs.  Notice Fleer only showed the prior year's stats on the card, breaking it down by quarter.  Bonus points for effort, but I still prefer full stats and some sort of write-up.

Anyway, that's the pack.  Not a very appealing set, with the QC issues, the (apparently) hard to find rookies, and the lack of inserts.  Oh well.  Enjoy All-Star Weekend, and thanks for reading!

I know this is way late, but: The Hoops brand was restructured to include relic pieces and a small set in 2000-01. This is the first time I've ever seen anyone put Fleer in front of it.
The 2001-02 set, this one, introduced autographs to go along with the relics that debuted the year before, and the 2002-03 set would introduce patches to replace the regular jersey piece.

This short set/hit rookies would run through 2004-05, but a proper Hoops set would be issued that year as well, although the rookies were still short printed, at least the checklist was longer. The Hoops set would return in 2005-06 without any relics or autographs or serially numbering in the base set, and then would not be seen again until 2011-12, when it has served as the flagship set for the NBA ever since.

The Hot Prospects version of Hoops ran from 2000-01 through 2004-05, and the autograph/relic rookie cards are indeed part of the base set.

The Hoops brand is actually owned by the NBA.