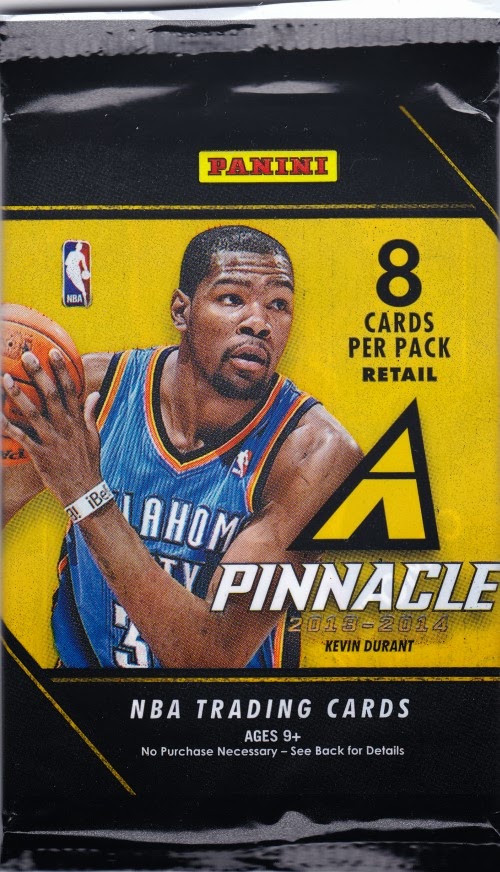 Here's another familiar brand name from the past that has been assimilated and rebirthed by the Panini monolith. Let's check it. 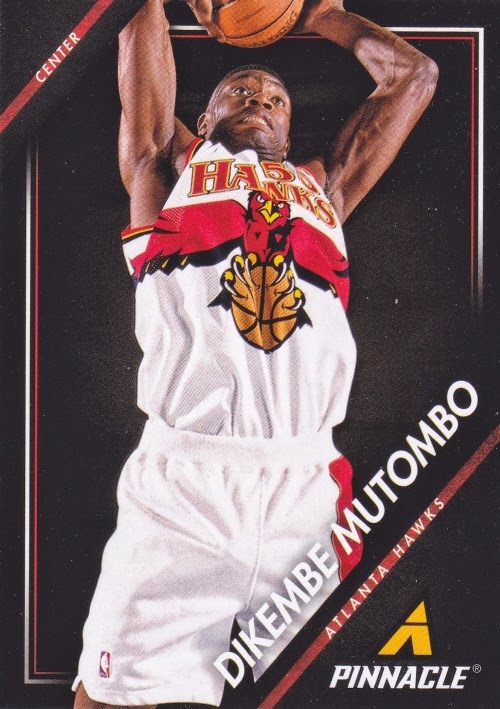 251 - Dikembe Mutombo - This is not a bad card to start with at all. This particular design focuses on the player and makes the background pretty incidental. 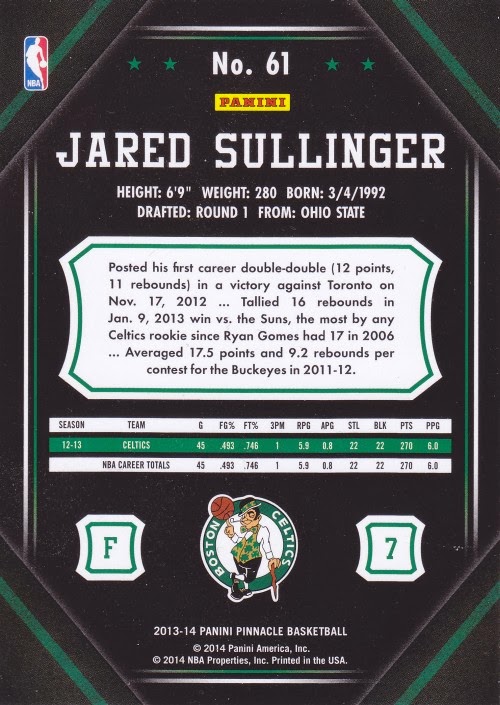 61 - Jared Sullinger - Here's a look at the back of the card. There might be some stats in there if you use a magnifying glass. 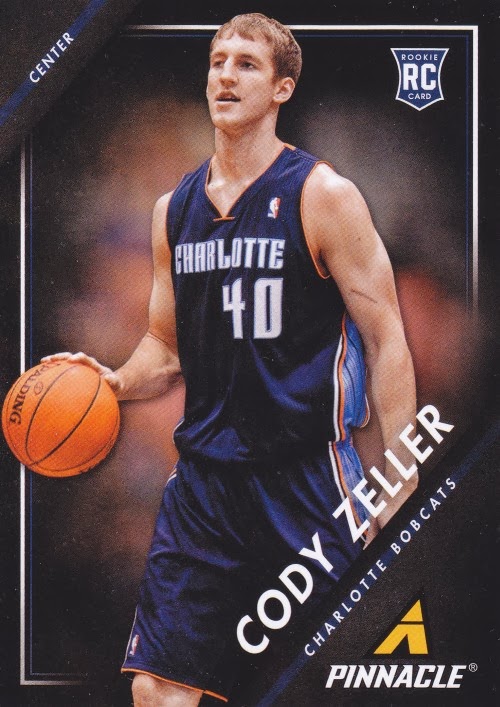 19 - Cody Zeller - The Bobcats era of Charlotte basketball is going to go down as a weird footnote, as the city will reclaim the Hornets nickname (and color scheme) next season if I'm not mistaken. 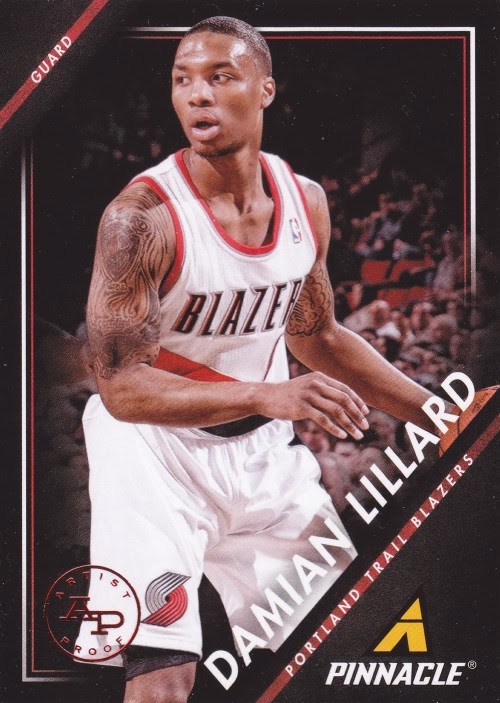 75 - Damian Lillard Artist Proof Red - Here's a big score for me, the big Blazers fan. Lillard was last season's Rookie of the Year and became the first player in league history to participate in five separate All-Star Events. 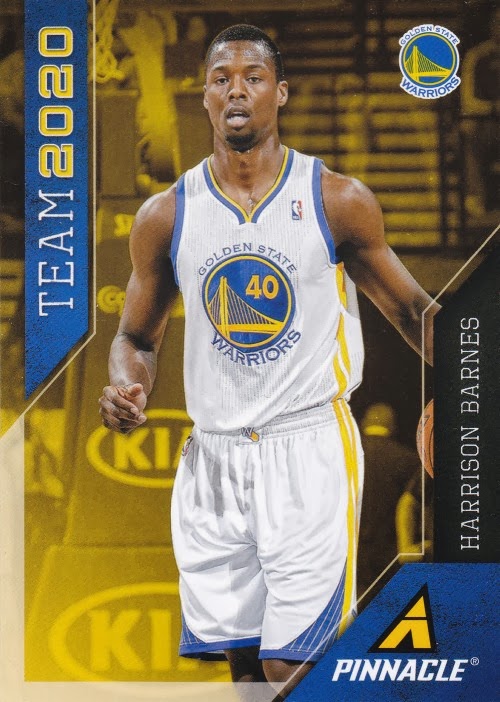 5 - Harrison Barnes Team 2020 - Here's an insert, I think. I like Golden State's jerseys as long as they're not the dreaded sleeved version. 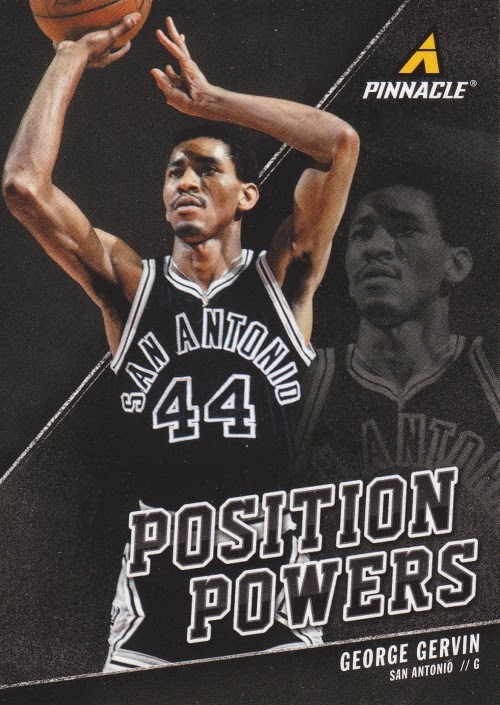 7 - George Gervin Position Powers - Another insert. There's usually a decent amount of historical players in NBA sets, which is nice. 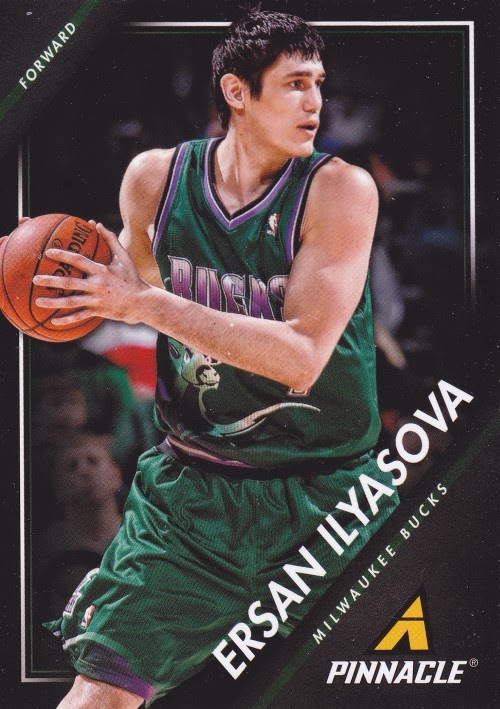 184 - Ersan Ilyasova - No one is going to take pro basketball in Wisconsin seriously looking like this. 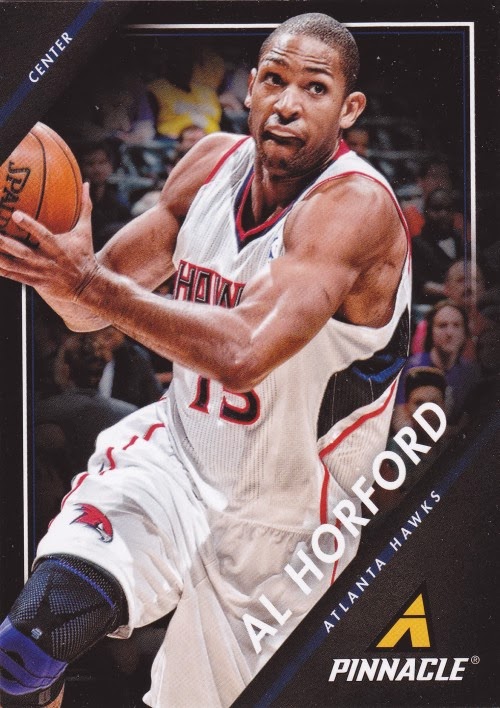 Basketball!! Don't you know that it's almost baseball seas…

Oh, and I forgot to mention how weird it is to see the Pinnacle design (which I'm a big fan of) with official logos. How awesome the MLB cards could've been...