Hope everyone had a good Valentine's Day.  It just so happens that the holiday occurs during the NBA All-Star break.  And with All-Star Saturday Night festivities all done, it's time for a basketball pack.  From the (then) $1.49 Target discount bin, it's a pack of 2002-2003 Upper Deck Basketball Series 2!

That's right, in what appeared to be a huge risk for Upper Deck, they decided to go with rookie Jay Williams as the cover boy for Series 2.  He was the #2 pick in the draft that year (Yao Ming was first) and averaged just under 10 points a game in his rookie season, but then he got in a motorcycle accident in the off season which ended his NBA career.  The Chicago sports fan was not happy that summer.  Anyway, 8 cards come in the pack; let's see what we got: 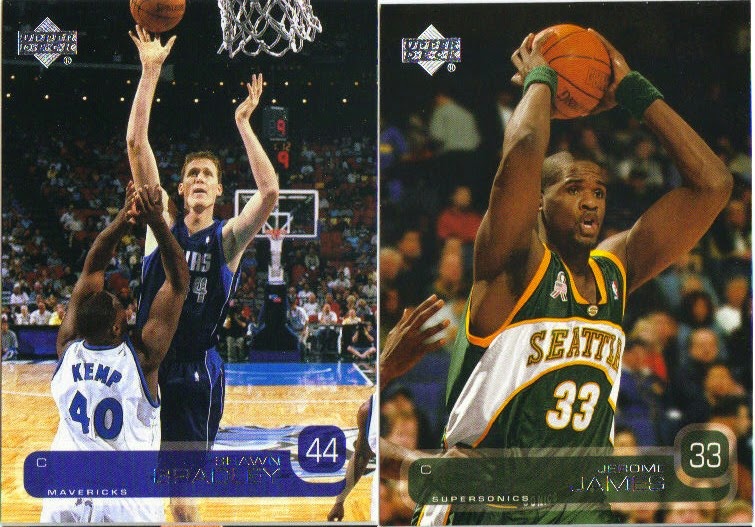 There were 220 cards in Series 2 with Manu Ginobili and Carlos Boozer being the big rookies in the set (the other rookes were in Series 1).  You've got the standard full-bleed Upper Deck photography as well. 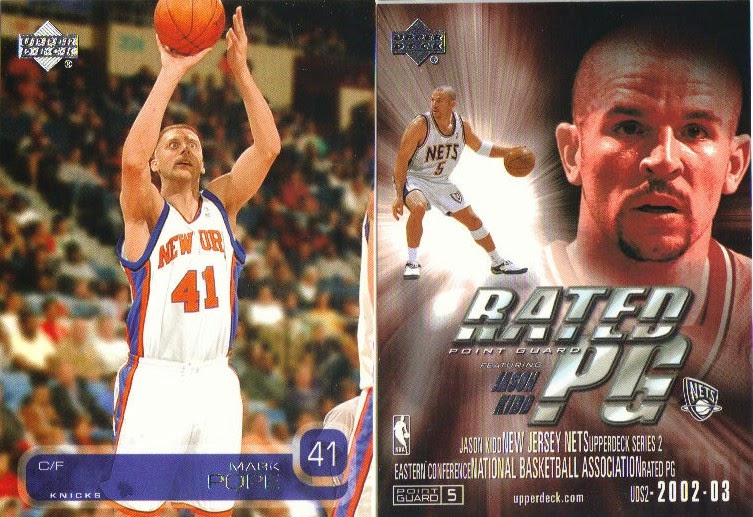 Don't mess with Mark Pope.  The Rated PG inserts were 1 in every 24 packs. 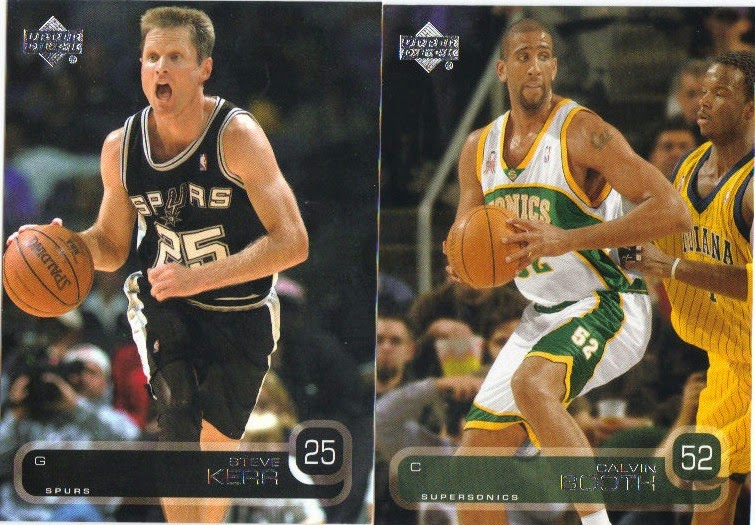 Steve got better as the color analyst on TNT as the years went by, and now is showing he's a pretty good coach too. 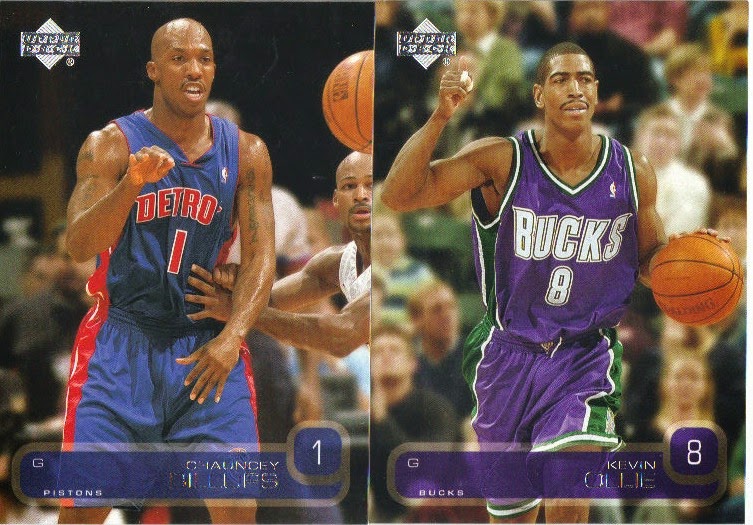 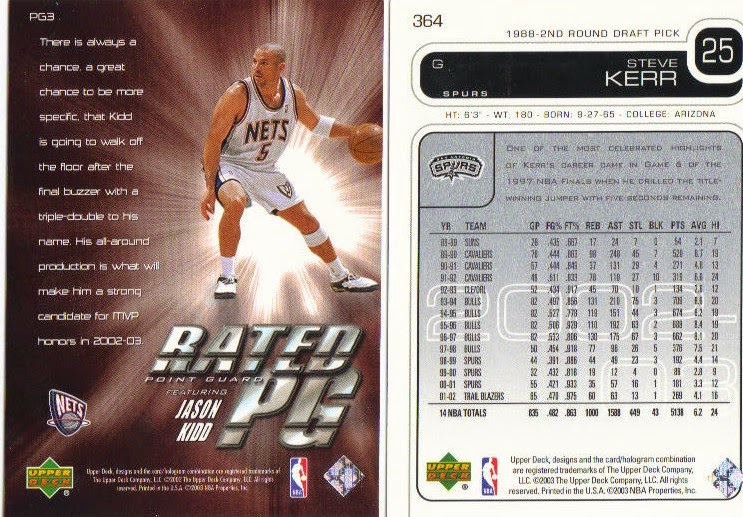 Anyway, that's the pack.  Enjoy the All-Star game, and thanks for reading!

I love this set. In my opinion it was the last truly great UD set, and quite possibly the last set that was done totally right- every player in the NBA, with the exception of those who signed 10-day contracts after it was released- was included in the set. It was also the most recent set to have a series 2, something sorely missing in the hobby today.
I finally completed it at Christmas 2013.