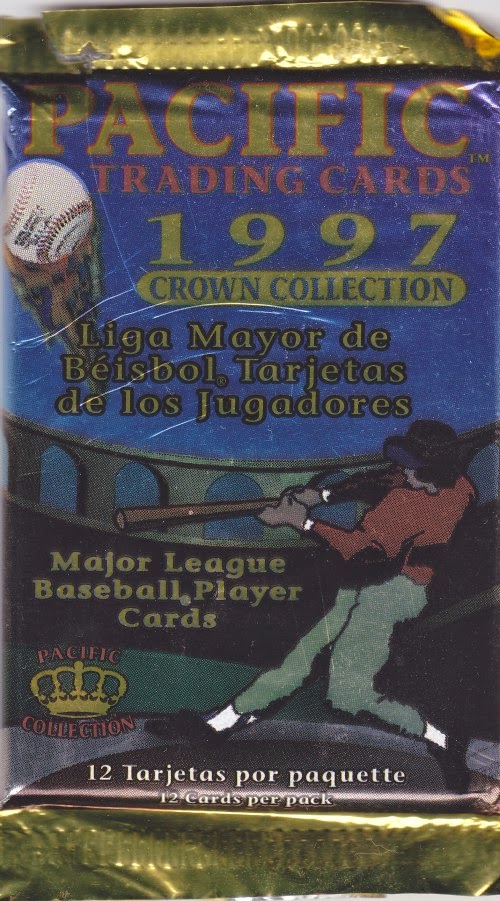 The time was 1997. Independence Day (the movie, not the holiday) was still relatively fresh in people's minds. Other, even worse disaster movies would follow. The Cardigans (the band, not the article of clothing) were big. Blur's "Song 2" (the "Woo-Hoo!" song) was brand spanking new. We were still a decade away from "Seven Nation Army" becoming a full-on sports theme. This pack is from that time. The cards and the wrapper are both very flimsy and very ugly. 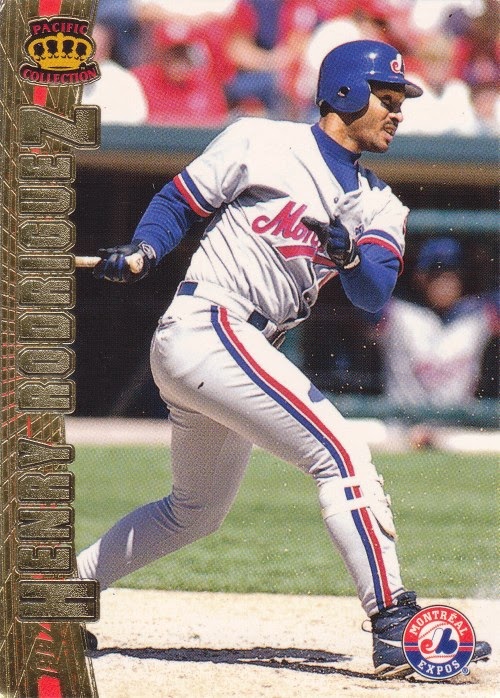 350 - Henry Rodriguez - There have been a number of major leaguers named Henry Rodriguez over the years. This one had the longest career to date and even made an All-Star appearance. 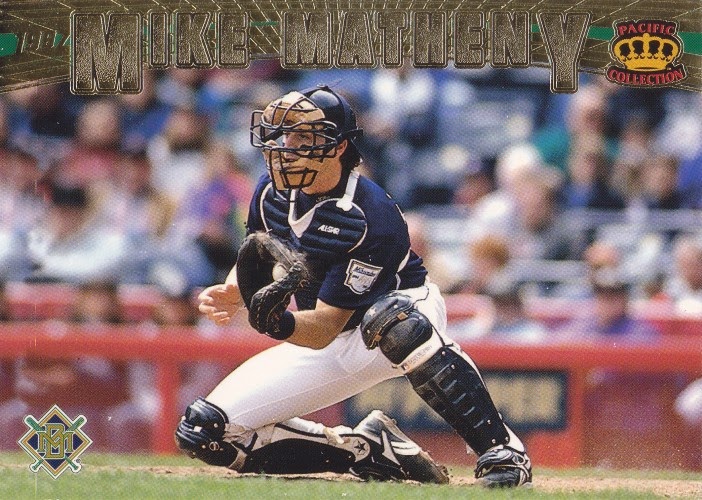 123 - Mike Matheny - Matheny is the current Cardinals manager. So that's something. 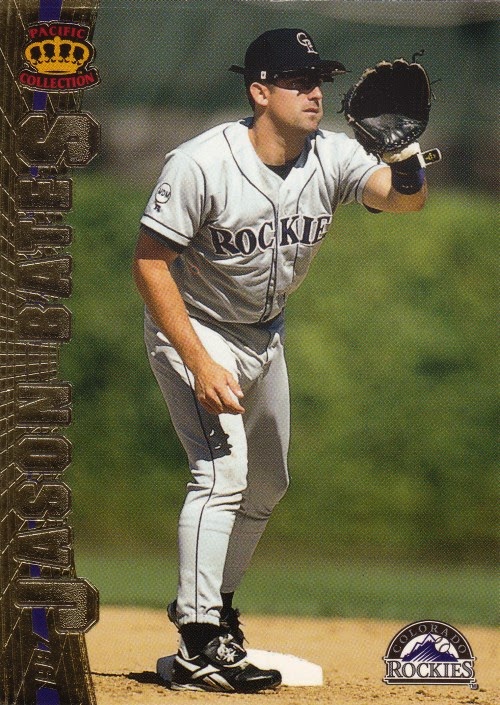 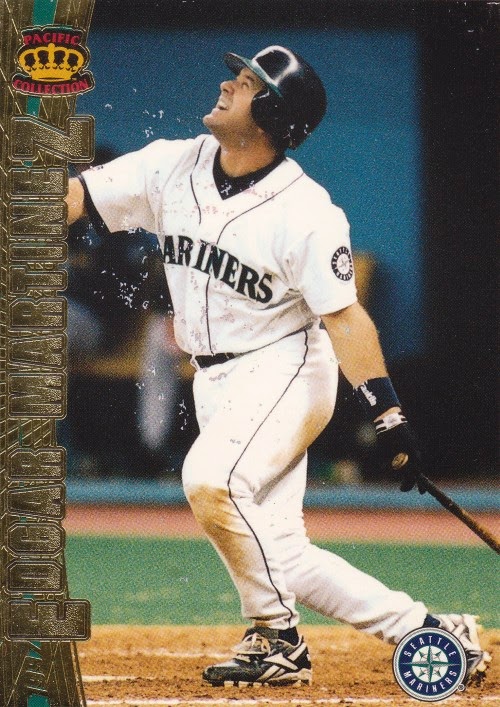 190 - Edgar Martinez - The problem with these old glossy packs is that the cards start to stick together and you start to see bits of things on other things. 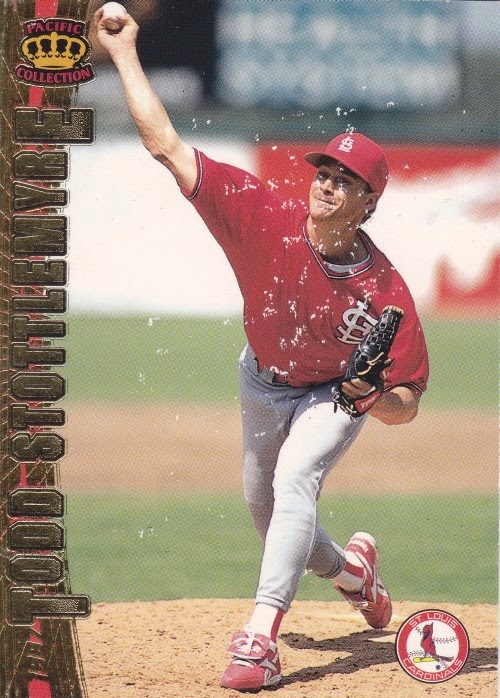 417 - Todd Stottlemyre - Stottlemyre got the worst of it. I hope I didn't need this card for my Cardinals collection. (I probably did.) 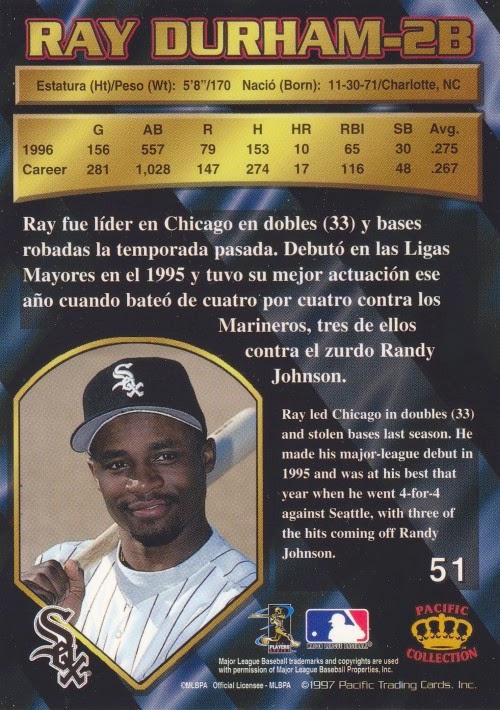 51 - Ray Durham - Here's what the backs look like. They are bilingual (nice!) but rather cheesy. 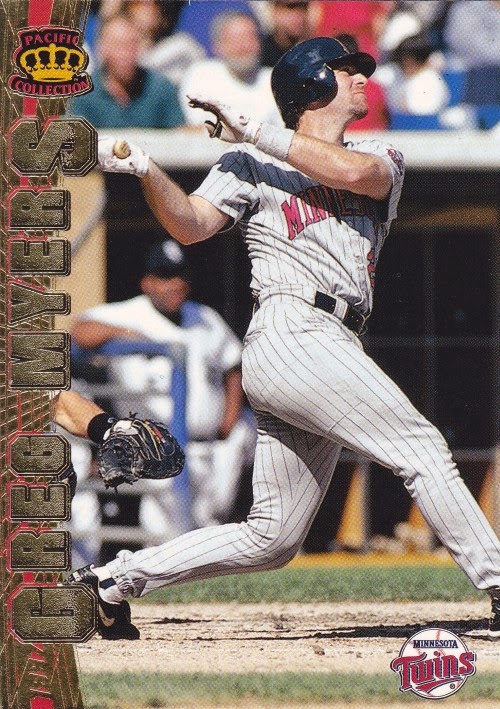 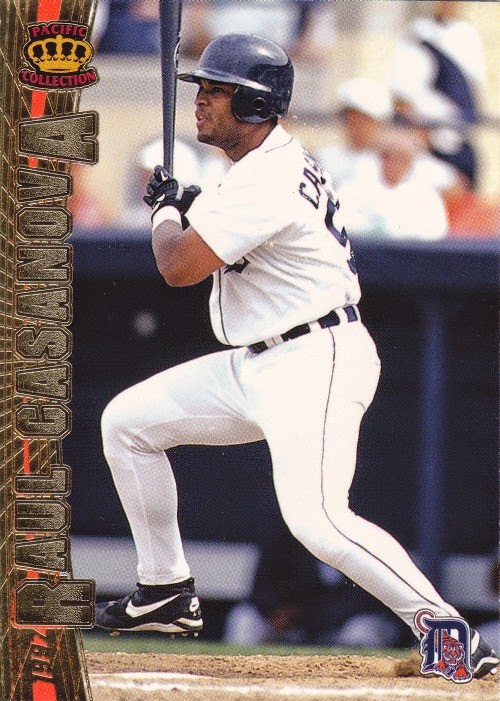 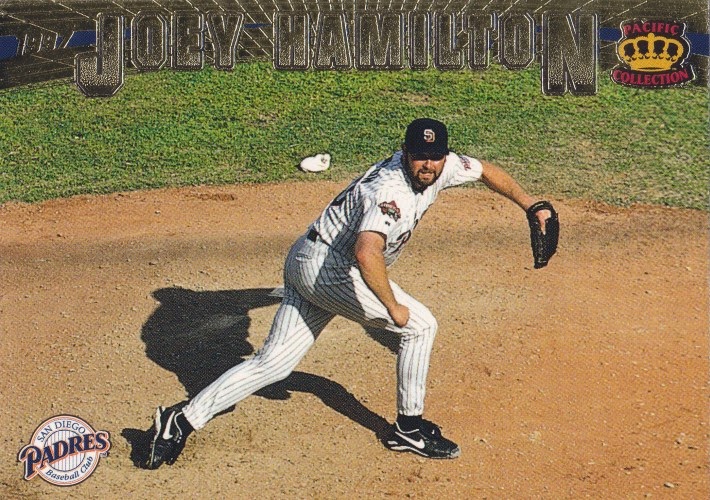 425 - Joey Hamilton - This set doesn't feature the greatest photography, but this is a good one. 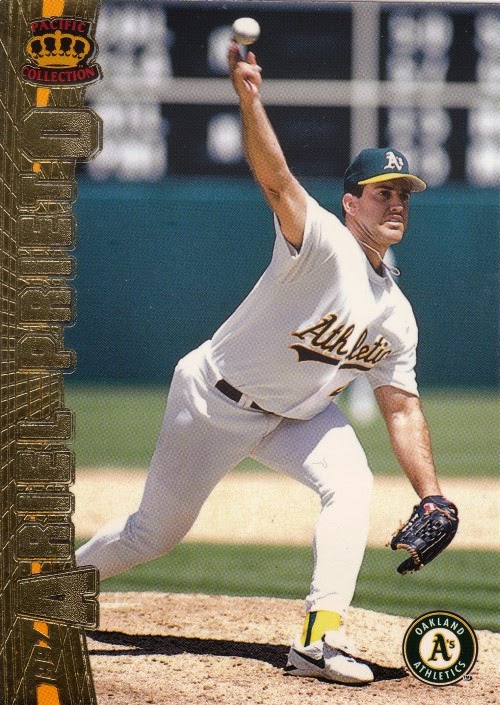 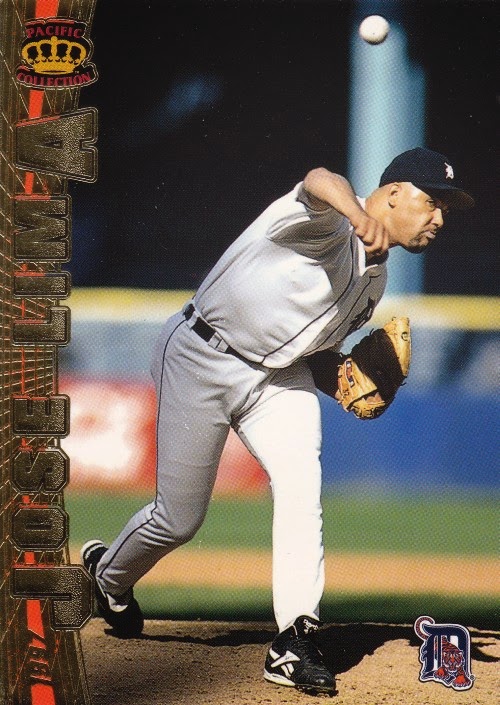 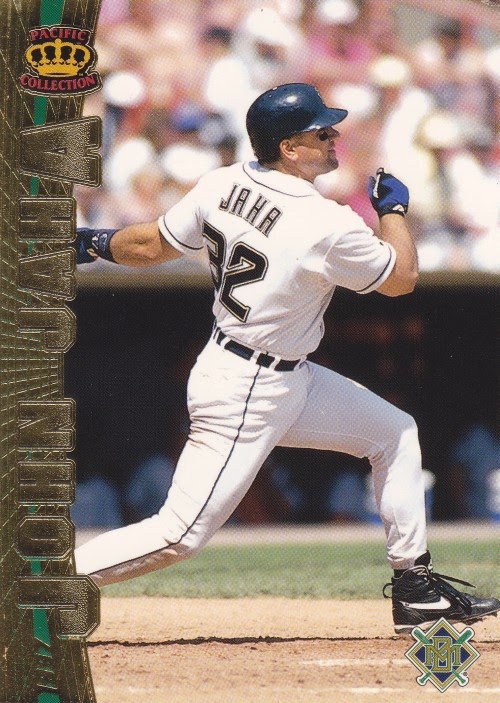 119 - John Jaha - Jaha was born in my hometown (Portland) and was a slugger, so I remember being very curious about him back in the '90s.

Email ThisBlogThis!Share to TwitterShare to FacebookShare to Pinterest
Labels: 1997 Pacific

Ha! That Edgar Martinez is funny. I swear, it's like every card with an image of him batting is in the same position, looking up at either a home run or a long out. It's like he didn't know how to hit ground ball or a line drive if he tried.