Written by JediJeff at 2:30 PM
In my scan folder, I have just two packs of football that need to be posted. The other directory is of college players, so let's post the NFL in honor whatever that game that is FINALLY being played after 2+ weeks of mindless blabber about it. I'm in the group of hating both teams and hoping it becomes a perpetual 0-0 OT game forever. And the halftime show will totally suck. Speaking of suck... 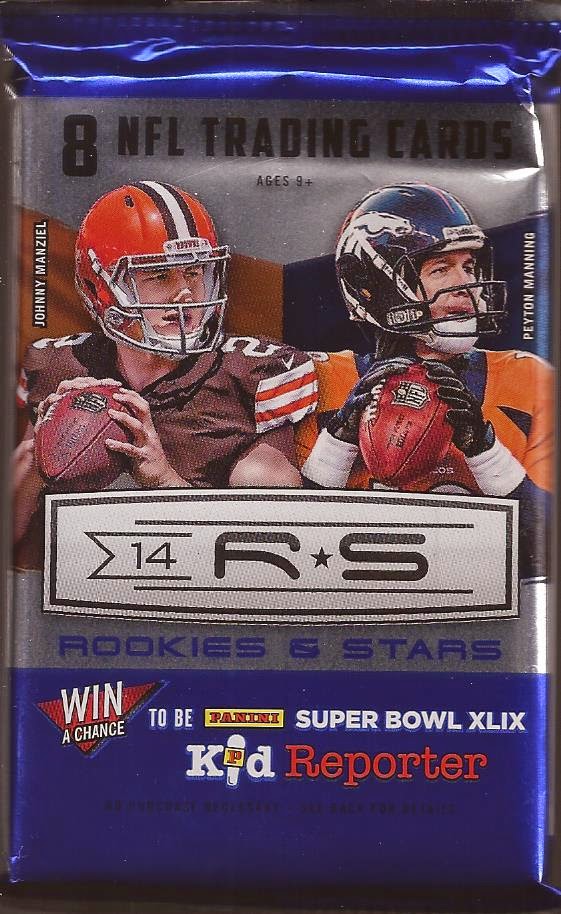 Well, they do qualify as a rookie and a star. Panini sent some kid over to the SB media day. But like I said, I couldn't care any less about the game. Eight cards in the pack. 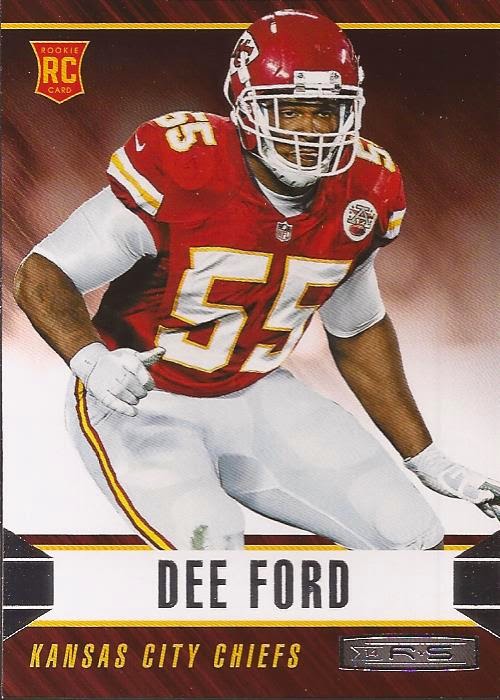 Looks a lot like the Score release this year, but with a shopped background. A positive is that the foil name is on a white box, so easy to read. Those pyramid-ish blocks at both sides of the name are foil as well. Nice rookie class logo in the colors of the team. +10 manna for that. 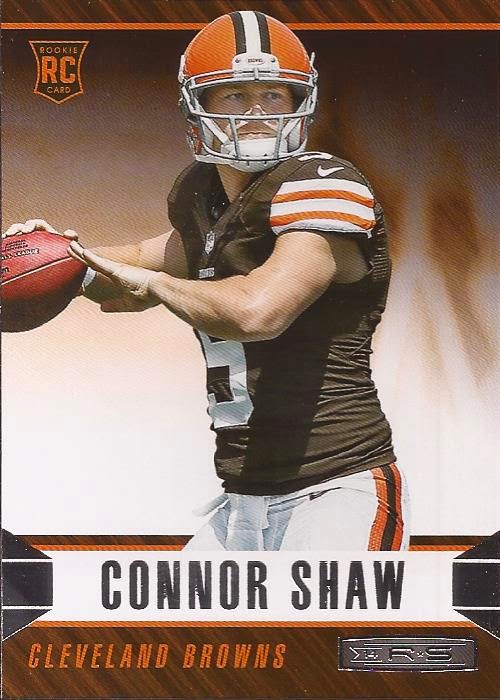 Did you know there was another rookie QB in Cleveland? 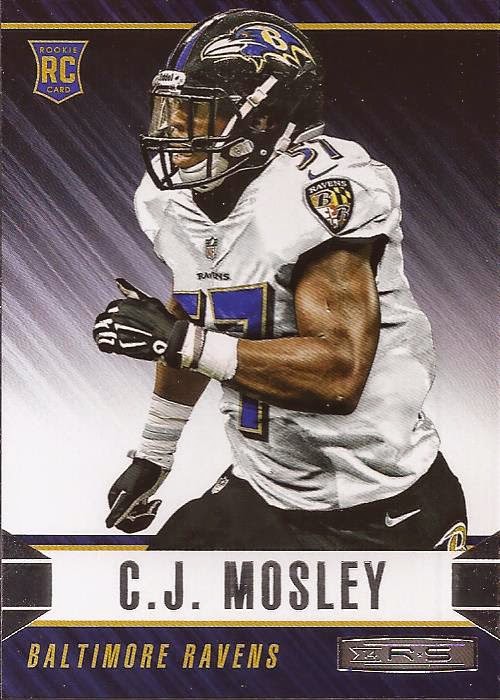 Some team names are easier to read at the bottom with the color contrast. 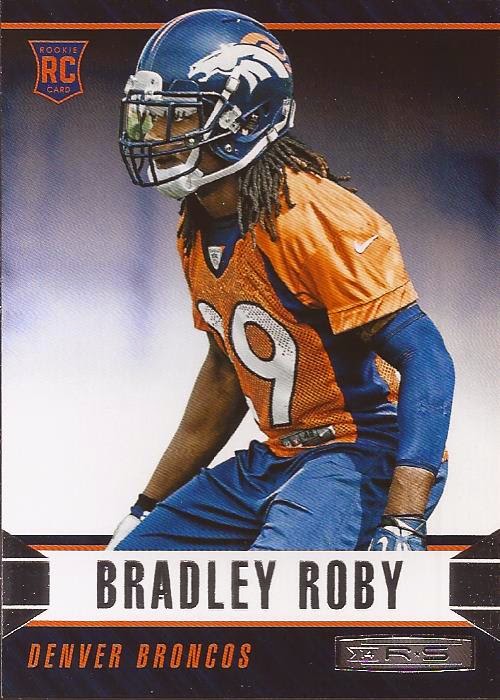 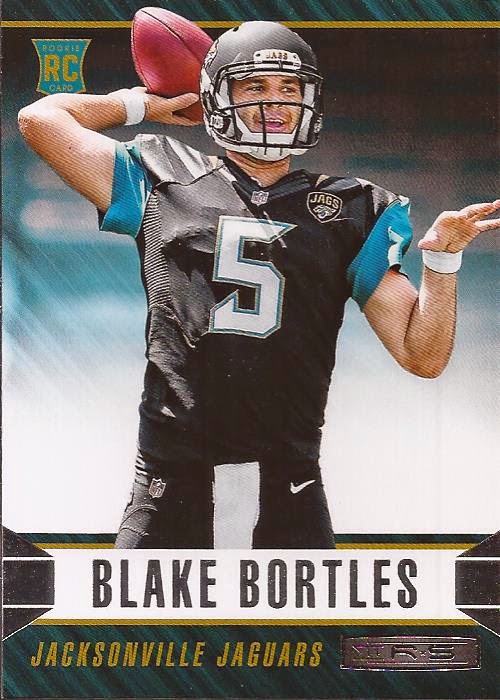 I guess this is a good pull. 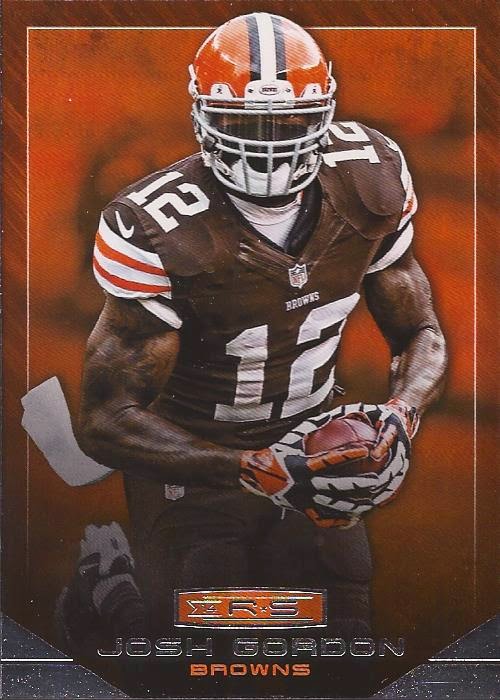 Here is the stars part of the set. Very different design. Name is impossible to read. 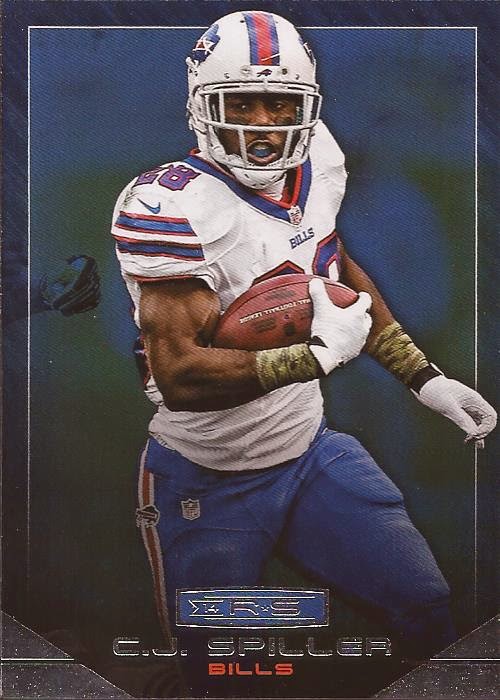 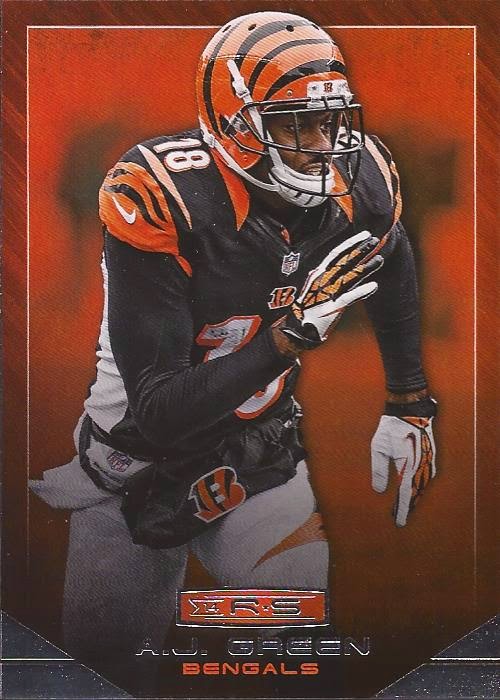 And that's the eight from the pack. 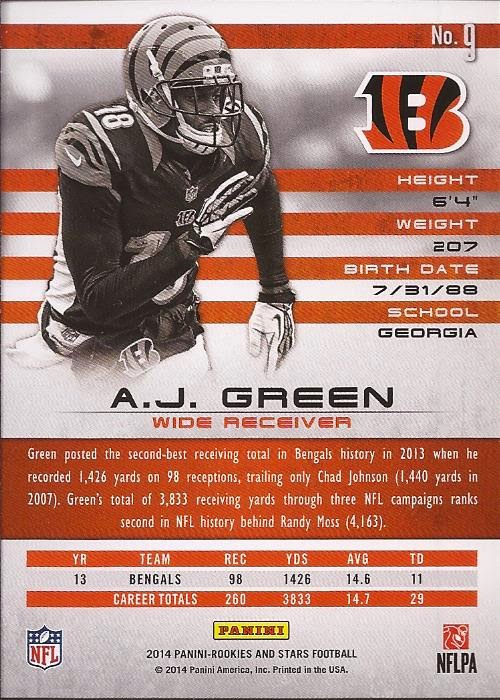 The back is.....ok. Just the single stat line. The backs of the rookie cards look identical, with a single college line stat and the collegiate totals.