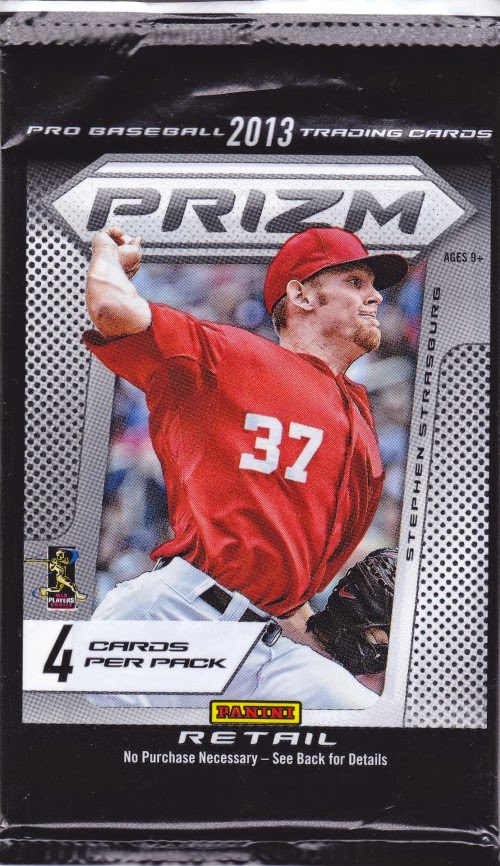 I don't normally go for the unlicensed stuff unless someone puts it in my mailbox without telling me, but when you dally with the repack devil you get what's coming to you whether you like it or not. We had a previous post here that is tagged "2013 Panini Prizm", but the good people at Panini would like you to call that product "2012 Panini Prizm" even though it was technically released in 2013. This is something else. It looks the same, but it's really different. I promise you. 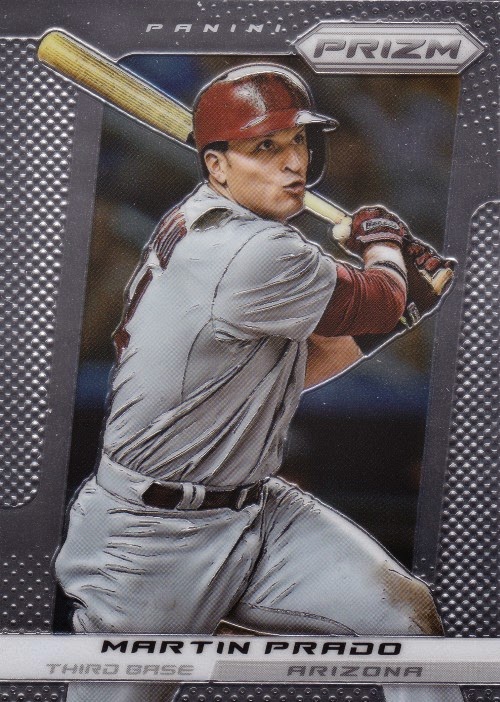 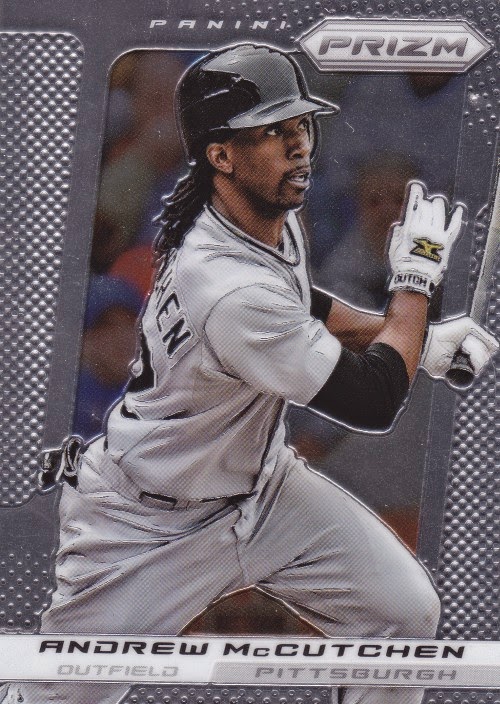 70 - Andrew McCutchen - I get a lot of McCutchen cards. It's like he's some kind of star or something. 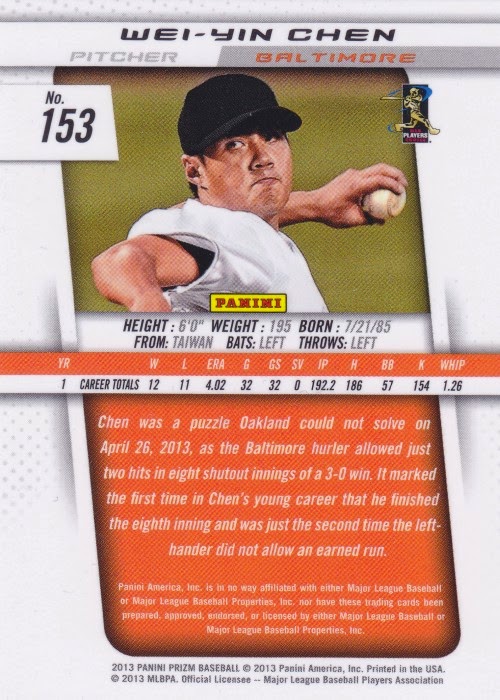 153 - Wei-Yin Chen - One year or twenty years in the bigs, everyone gets the same sad card back with just one stat line. 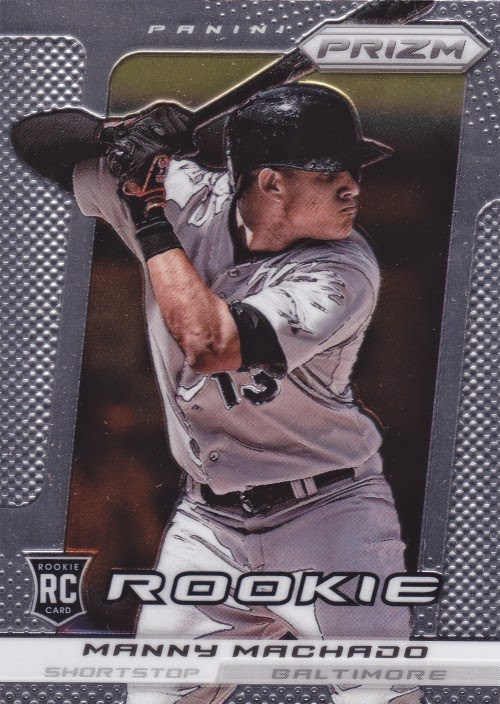 233 - Manny Machado - Admittedly, I don't think Panini's Faux Chrome set is the worst thing in the world. The NBA cards actually look nice, though they benefit greatly from actual logos. Here, things are taken to the other extreme as you really can't tell what faceless team Machado plays for here.