Written by cynicalbuddha at 12:41 PM 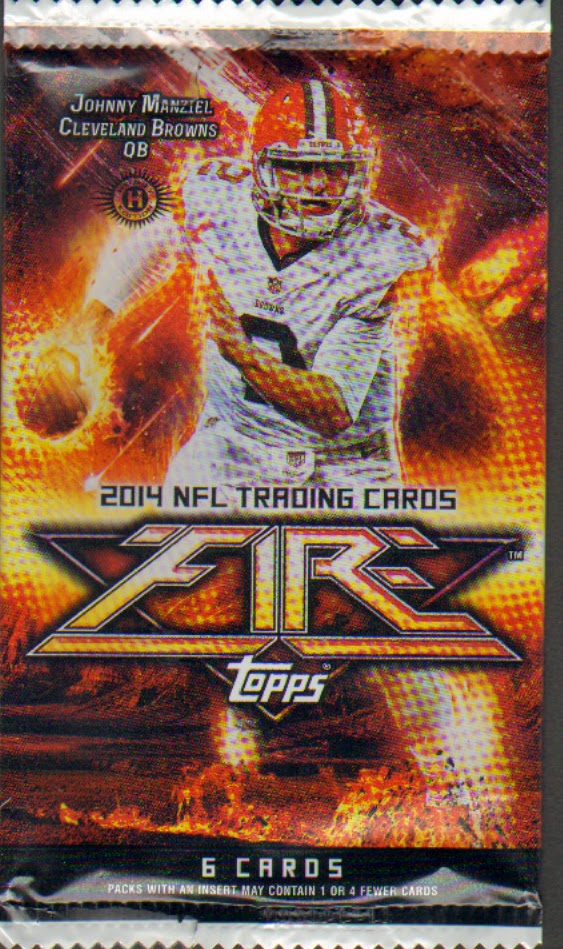 Sadly Topps decided to release Fire right along side Series 1 Baseball.  I think this set got a little overshadowed with the big release in baseball and the fact that the football season is over.  But I went to one of my local LCS's to pick up some Series 1 and I figured I'd try a couple packs of Fire.

The overall design kind of perplexes me. The logo is very futuristic, but the over all card design I guess is suppose to resemble fire?  I'm not sure I'm sold on the set and I'll bet that even though Topps has another year to put out Football cards this brand probably is one and done.  I did pull a high number of rookies though. I think my pack was 2/3 rookie cards. Lets have a look. 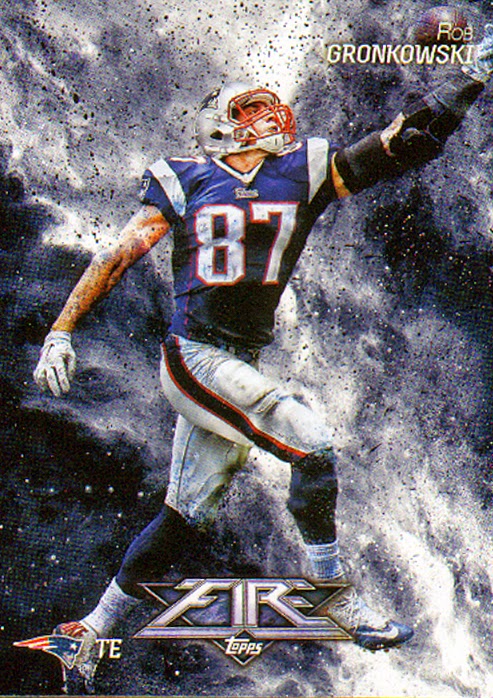 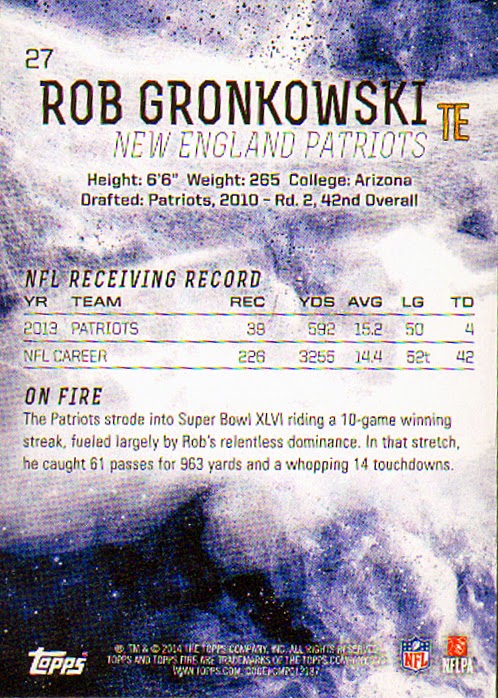 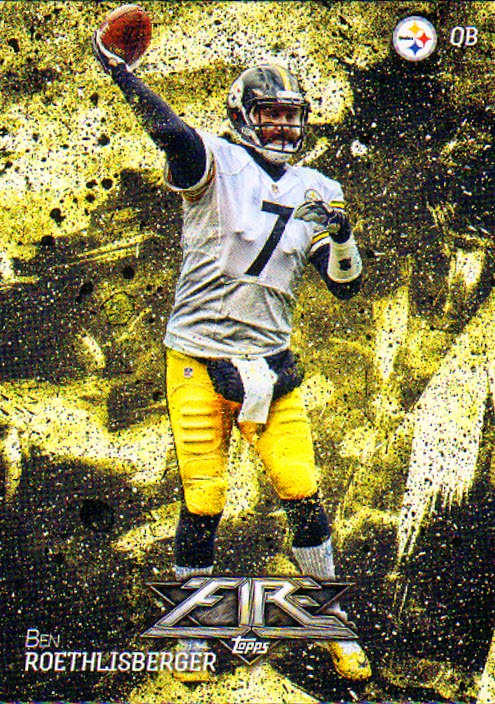 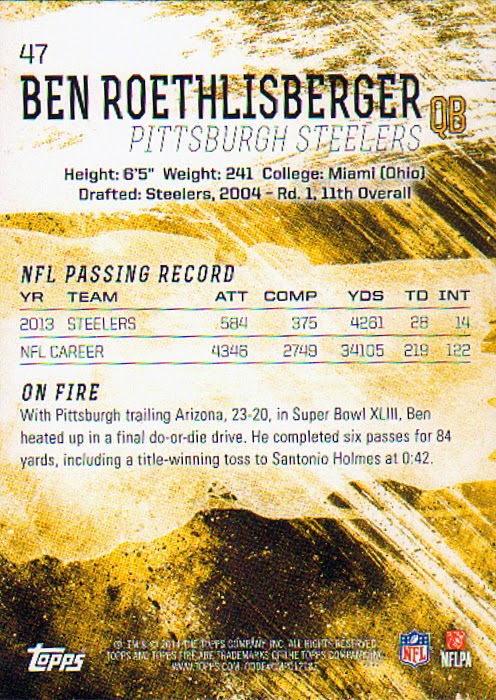 Oh look a Packers rookie for my Packers collection, nice. 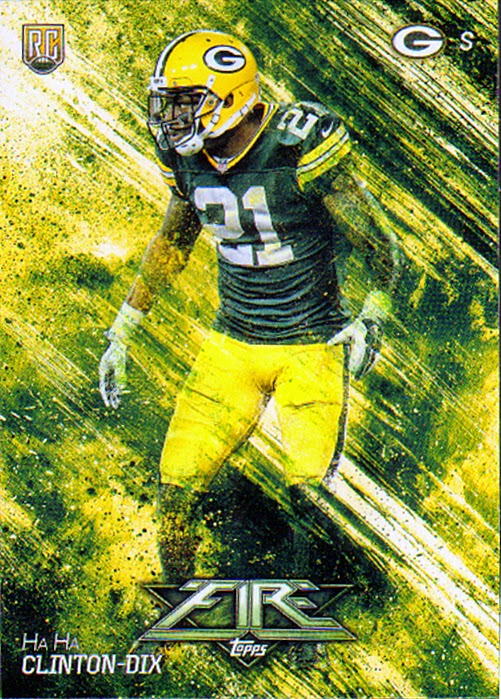 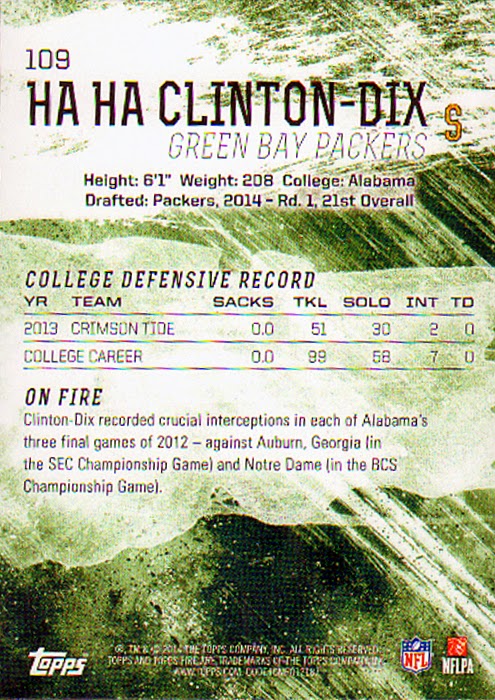 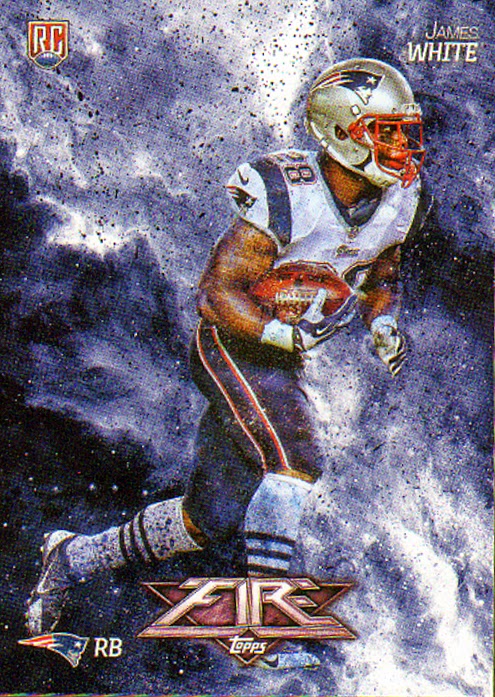 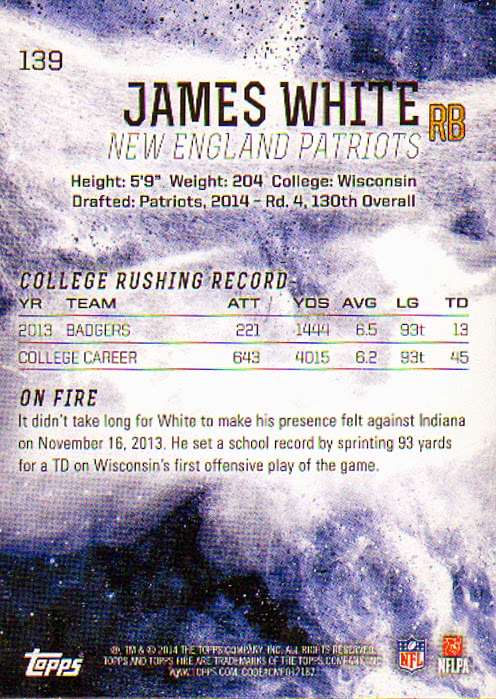 You get one Flame Foil card per pack. The scan doesn't do the card justice, it's very shiny foil board.  These probably would have been better chromed or acetate. 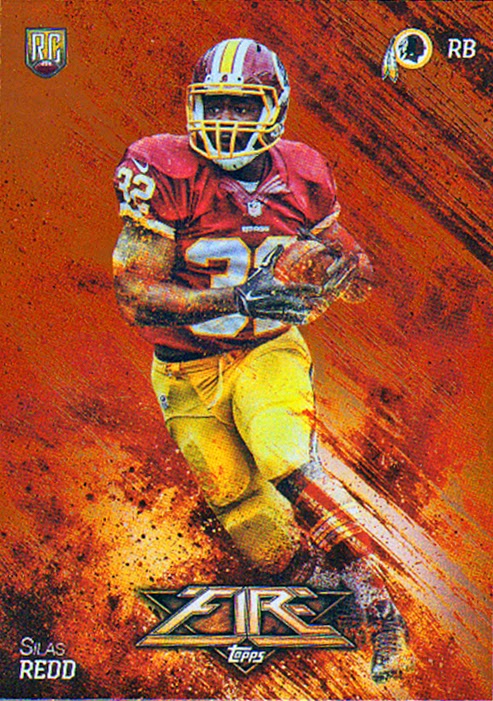 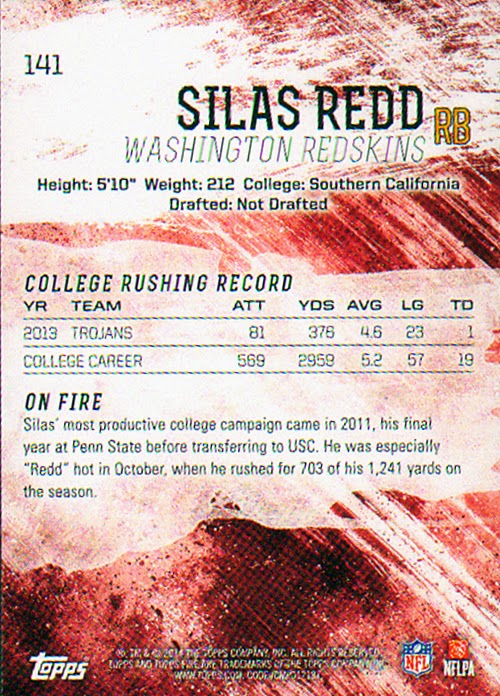 I also got this guy. I had to go look up why it was numbered to 50, as it looks just like all the other cards pretty much. Turns out this is gold parallel, who knew? 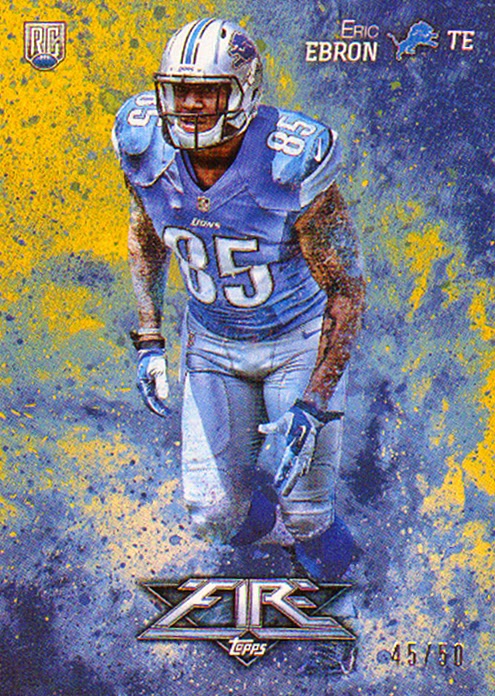 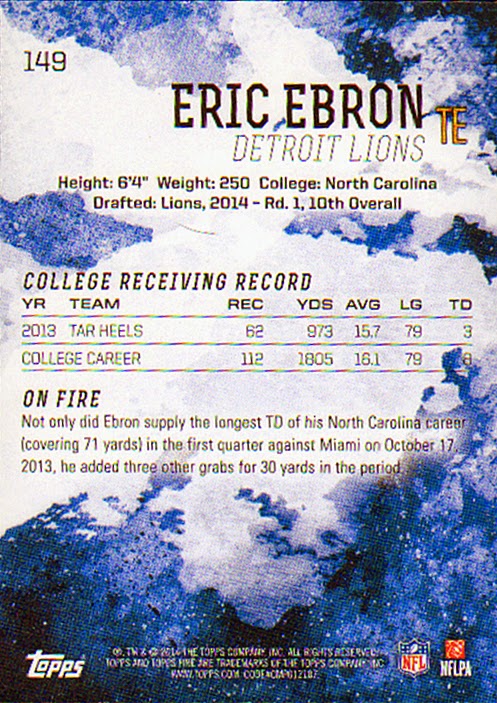 Overall I'm not incredibly impressed with the set. And it's not that cheap.  I think Topps would have been better using this design with their Chrome or Tek technology, as it is it kind of falls flat.

Wow, football cards are an absolute disgrace nowadays. Leading the charge would be this set. I mean, these are dreadful. What is the aim??

Very gritty, grimy design. But I can't hate on a pack with a pretty promising RC #'ed /50.