Written by JediJeff at 4:30 PM
All have heralded the return of the beloved Stadium Club release in 2014. Granted, Topps made it high end, but with luck they will see the error of their ways and make SC a regular box release in 2015. Then again, we are talking about Topps. 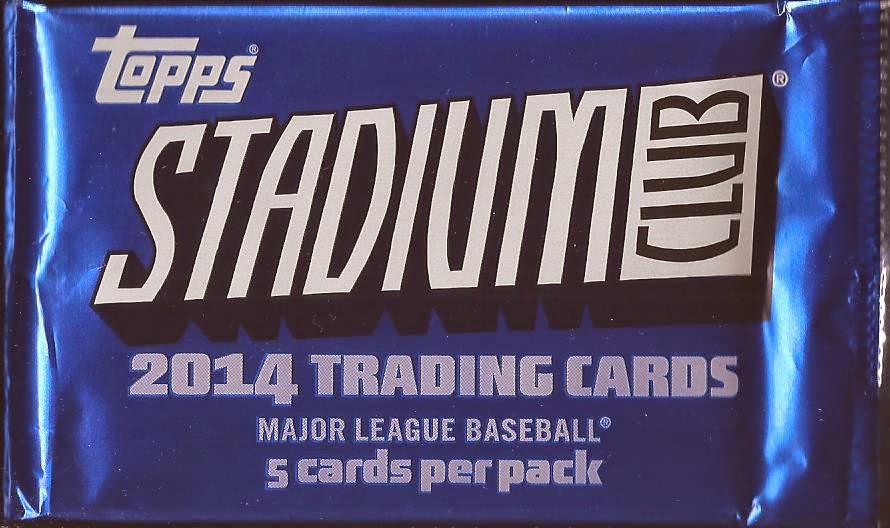 Hopefully we all remember how it was released, but for those that forgot, or those reading this in the year 2278 (greetings from the past!): Stadium Club was released in a mini box containing 5 packs. One pack in the mini box guaranteed an autograph. There were also parallel cards by way of gold foil, rainbow foil, Member's Only stamps, as well as a few inserts. I bought one mini box at my LCS with a gift certificate, but forgot to scan any of those cards. Luckily, a pack war had the mini boxes broken out, and here's the pack I received. 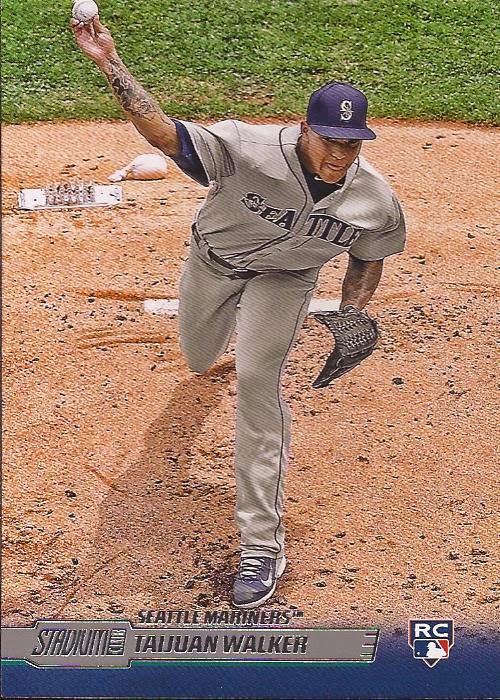 MMmmmm - full bleed photography. And a unique image we have never seen before, and hopefully not see again on another card. The images are the stars in Stadium Club. Always have been. 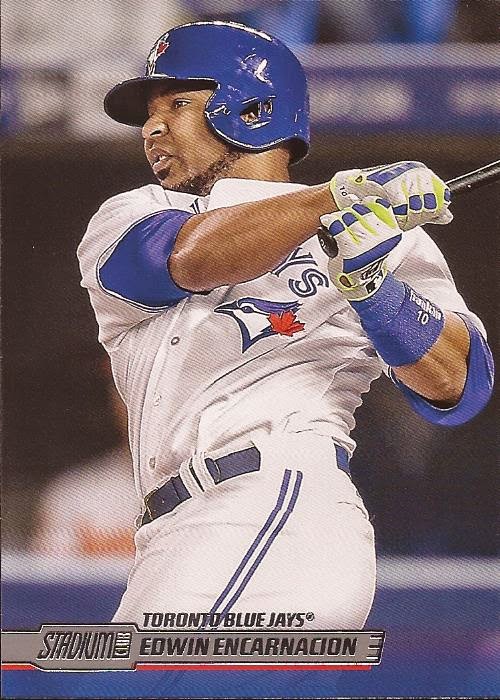 Topps did some enhancing on the images. For the most part, it doesn't ruin the image too much. It brings out the detail, but Topps didn't need to use it that often, in my opinion. 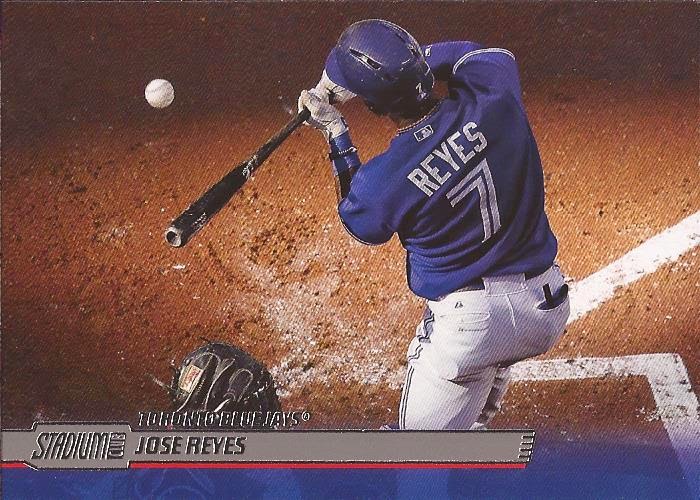 Here's one of the amazing images that Stadium Club fans like. Granted, I think this one is enhanced a bit in the shadows, but it does help Reyes pop on the card. I'll give Stadium Club a little wiggle room in that it feels a bit of an Iooss art project. 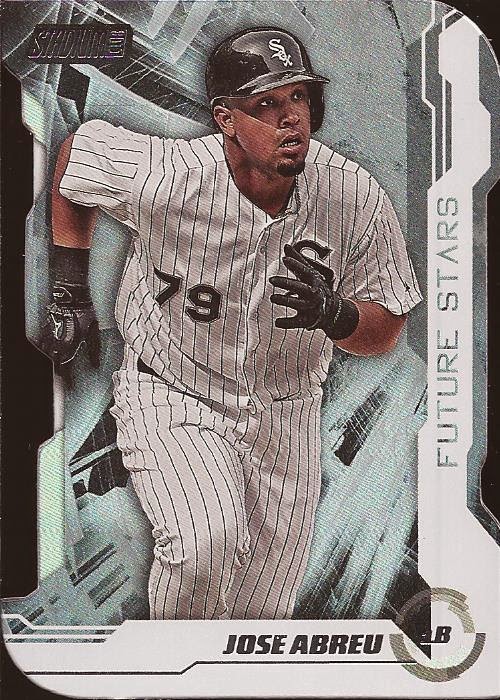 Nice pull for me. Diecut, as all the black on the edges is the paper I use when scanning. Along with the Future Stars, you have Field Access, Beam Team, Legends and Triumverates inserts. 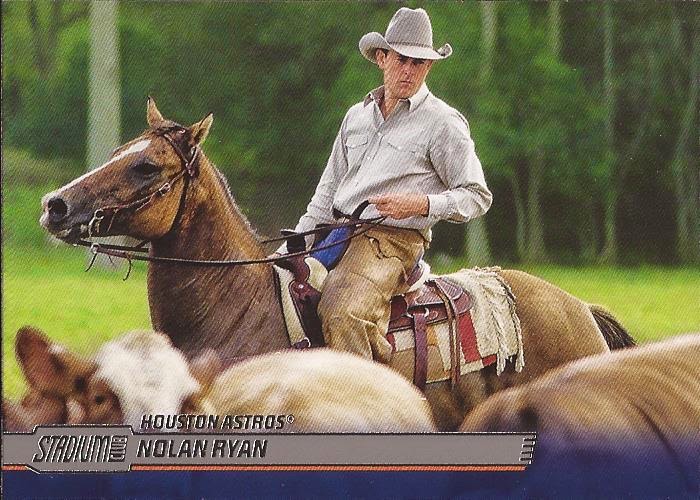 Always the oddball image in Stadium Club. Gotta love the set. And the backs. 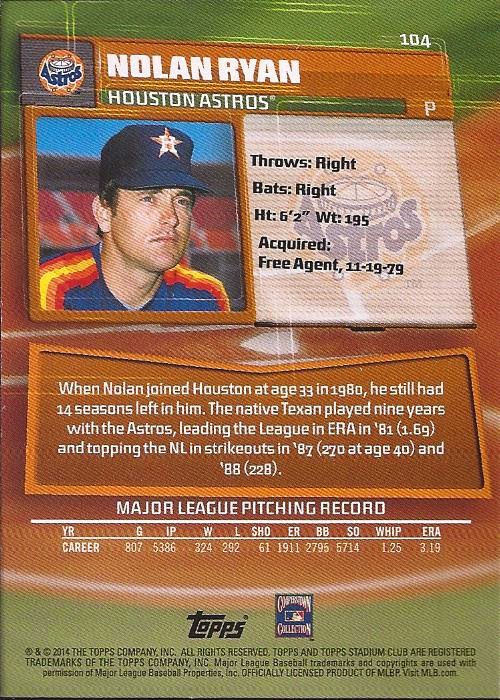 A different image than the front is good. The back is understated, but an homage to the first releases of Stadium Club. Just the single stat line and the bio.

That Jose Reyes photo is AMAZING. Stadium Club is awesome but I def agree it should be a regular release and not on the higher end...that being the case, I would find it in my budget to buy a box.

The packaging style is higher end, but the price point never really was.

I never was a fan of horizontal baseball cards but Stadium Club is making me a believer.That Reyes shot looks like it was taken by a drone.Great stuff!