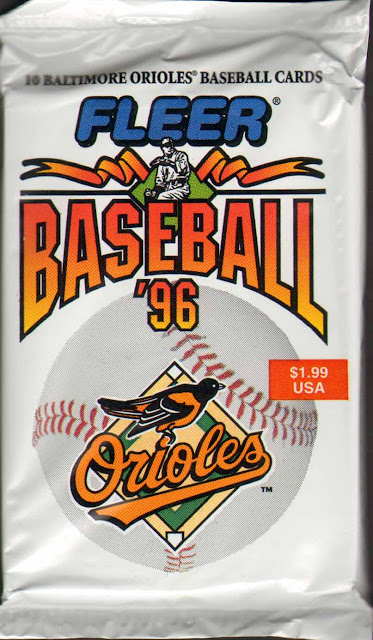 Another cheap pack I picked up on Labor Day.  Fleer produced 9 separate team set pack to be sold locally. I end up find 3 different team packs and I'll eventually share all 3. It's interesting the flagship Fleer set had this matte finish with gold foil lettering and one parallel set.  The tiffany insert set was glossy with silver holofoil lettering.  But there have been other confirmed variations that are not well documented.  There are also Matte cards with silver holofoil and tiffany parallels with gold foil lettering.  There is lots of speculation about the other variations but from what I could find out Fleer used multiple printers and it's possible that one of them that maybe produced these sets just forgot to change the foil.  Anyway these team sets are on glossy stock with silver lettering.  Each team set has 20 cards, 18 players, a logo card, and a checklist card.  You can view the full checklist over at the Trading Card Database.

Each pack has 10 cards so in theory you could put the whole set together in just two packs.  I'm not sure how well collation was, but I do know that I recieved two of the same card in one of the packs.

Of course with this being an Orioles pack the money card would be Cal Ripken Jr.  And up first that's exactly who we pulled. 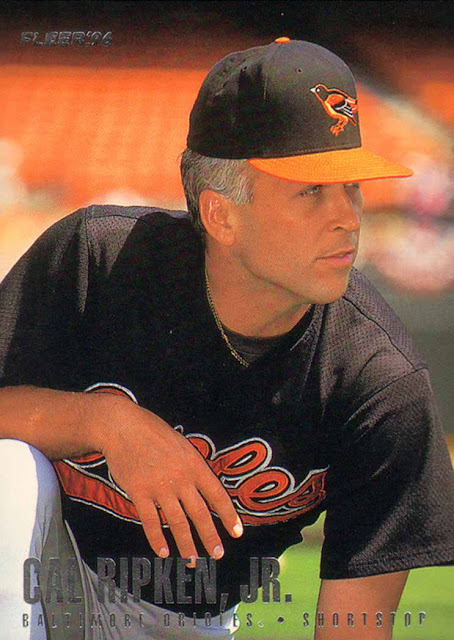 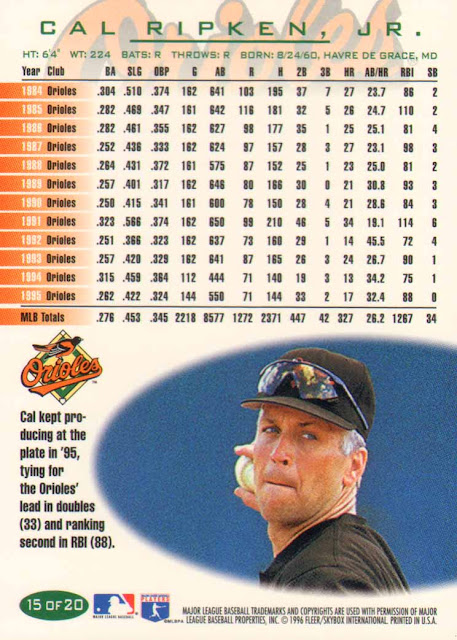 I forgot just how many household name players that Orioles had back in 1996. 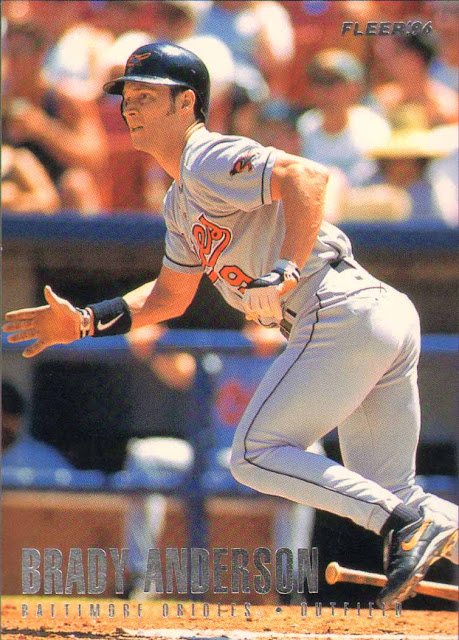 A guy who use to play with Bonds. 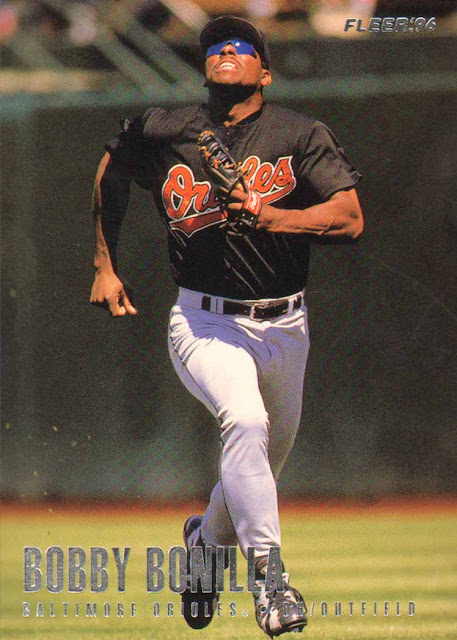 A guy who started with my favorite team. 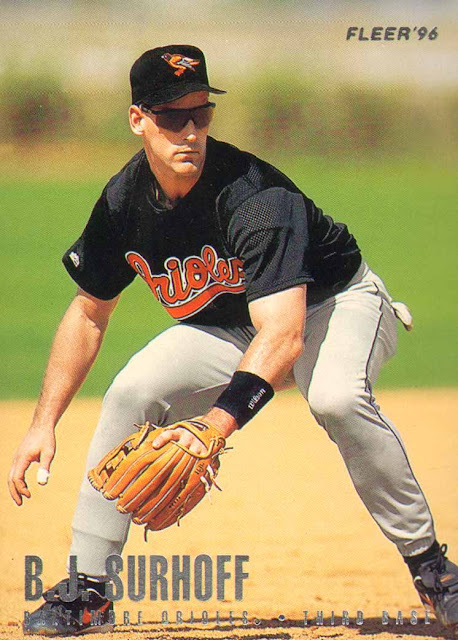 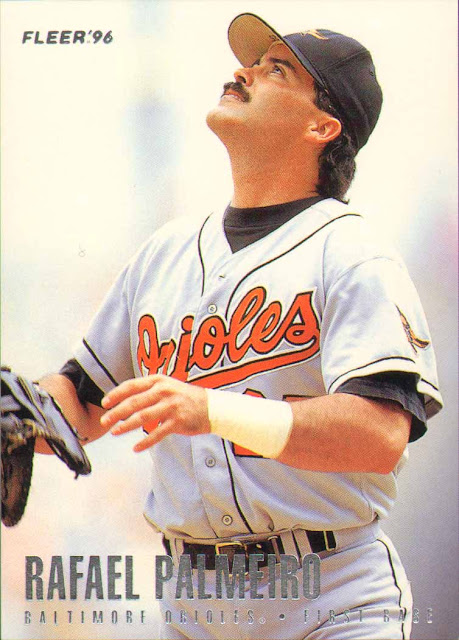 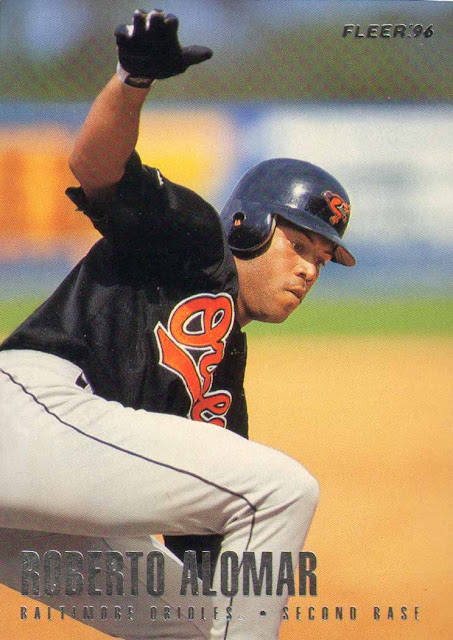 Tony might be the only one I didn't really know. 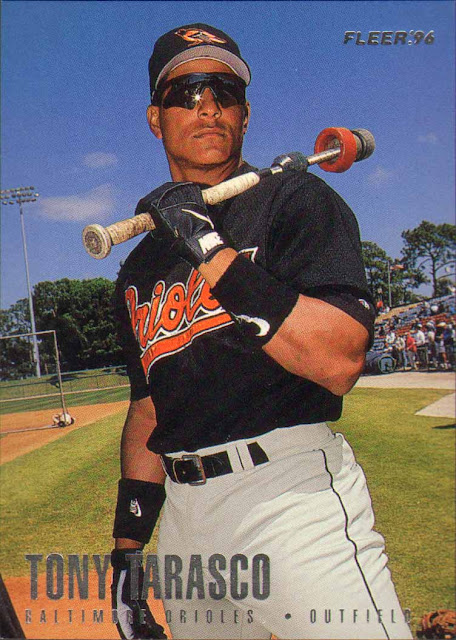 Yep know this guy too. 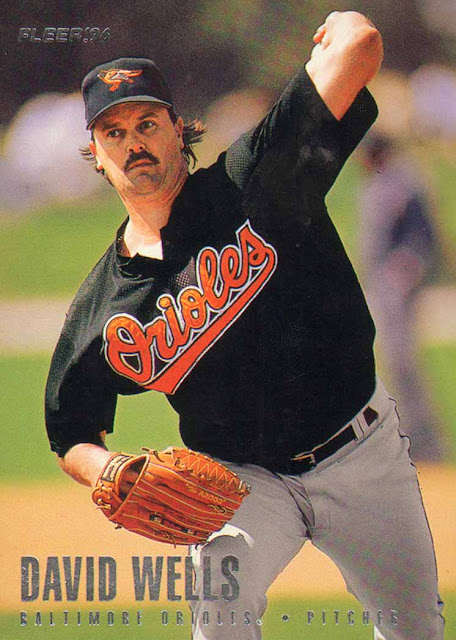 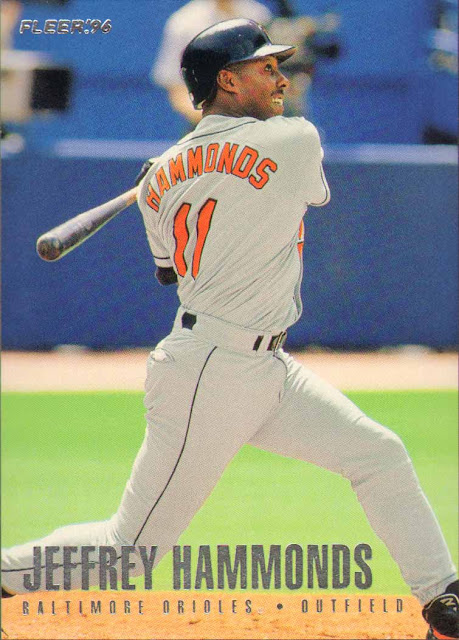 And here is an example of the what the checklist card looks like.  The logo card is similar, but has the Fleer logo on the reverse. 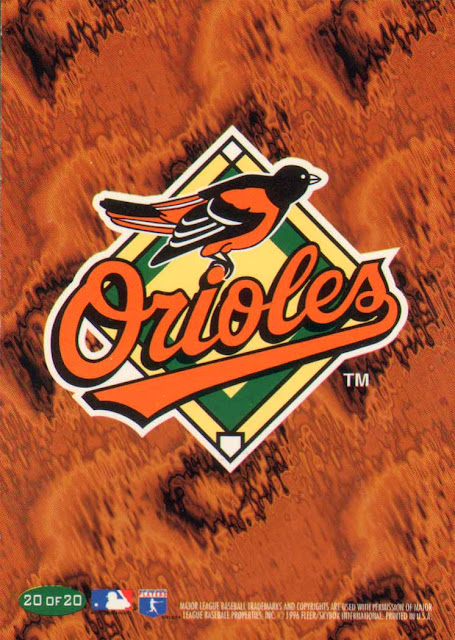 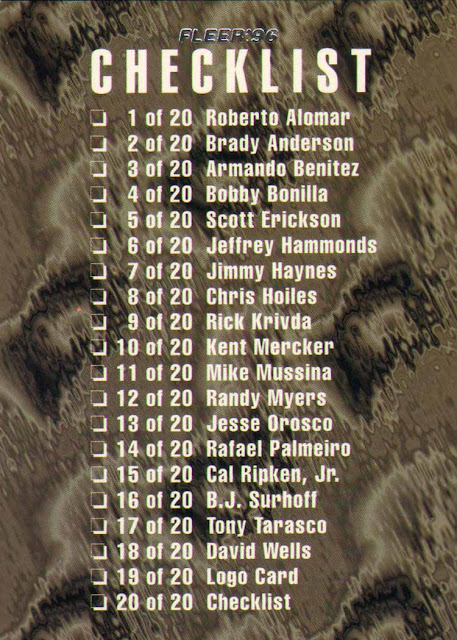 Tony Tarasco's biggest claim to fame is that he was the outfielder that was possibly about to catch the "home run" Derek Jeter hit in the 1996 ALCS that Jeffrey Maier deflected into the seats. It was called a home run instead of fan interference.

Dang, with that lineup they should have won the Series.

Packs by team? That's something I've never heard of before. Crazy.

Wow. Ripken, Alomar, Anderson, Bonilla, Surhoff, and Palmiero add up to a solid lineup. And Erickson, Wells, and Mussina are a nice starting rotation. These guys were stacked.

Anderson is going to shake someone hand?