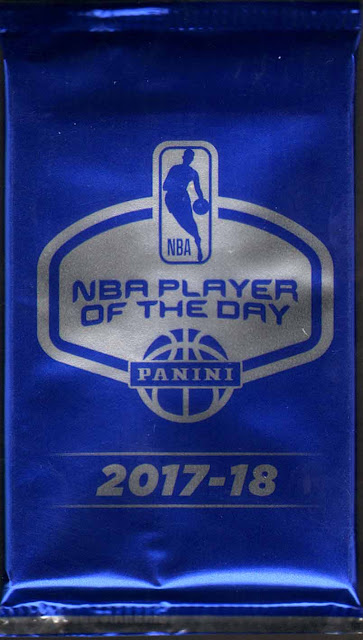 The last of my Labor Day cheap packs from Don's Sportcards here in Anchorage, Alaska.  I'd say I didn't save the best for last.  Mixed in pile of cheap packs were a bunch of old NBA Player of the Day promo packs.  I picked one up simply because I had never opened one, I don't usually collect or buy basketball.  Each pack comes with two cards.  Mine actually came with three.  Not pictured is the blank decoy card.  I didn't even realized I had picked a fatter pack.  It was also interesting that almost none of these cards had been scanned over at the Trading Card Database.  From the look of the pile of promo packs I'd say the promotion wasn't all that successful. 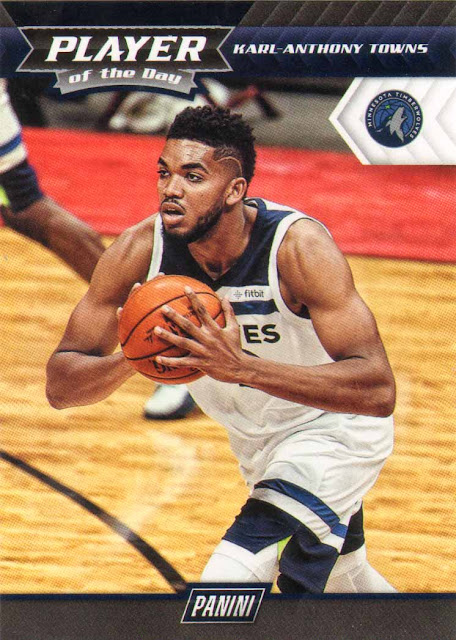 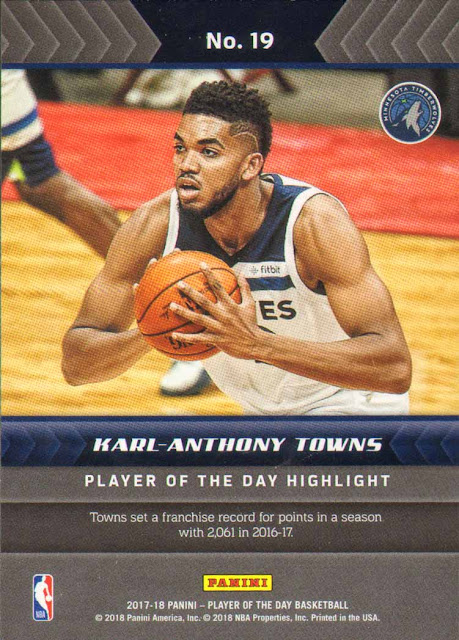 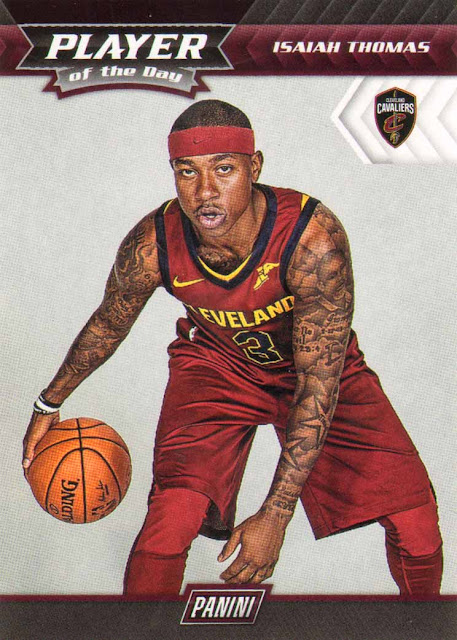 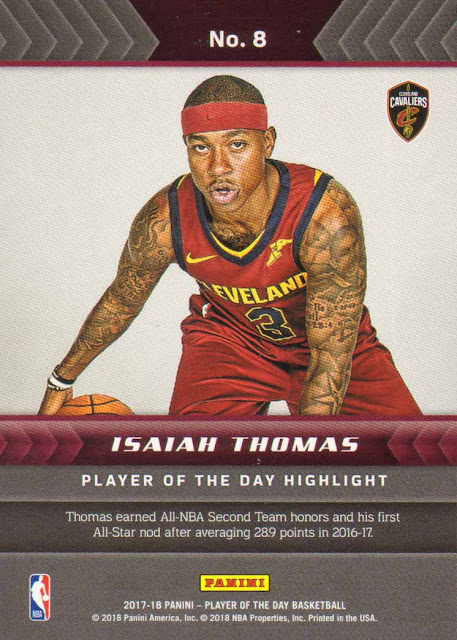 Email ThisBlogThis!Share to TwitterShare to FacebookShare to Pinterest
Labels: 2017-18 Panini NBA Player of the Day

Exact same photo on both sides of the card? That's just lazy.

I had not seen these yet. Not bad looking cards but I do agree with Fuji. The Towns card is really nice. He is a big star who can still get better. Thomas has flamed out though. Good post. Thanks.