Written by Jafronius at 2:31 PM
Greetings!

Hope everyone is doing well.  Thanks to everyone's favorite Alaskan Buddha, we've had the most September posts since 2010, the first full year of the blog!  I doubt we'll break the record, but it's been certainly fun reading about his haul from the Anchorage LCS.

A few days ago the Hobby version of this pack was posted.  Here's the retail version of 2018 Donruss Football! 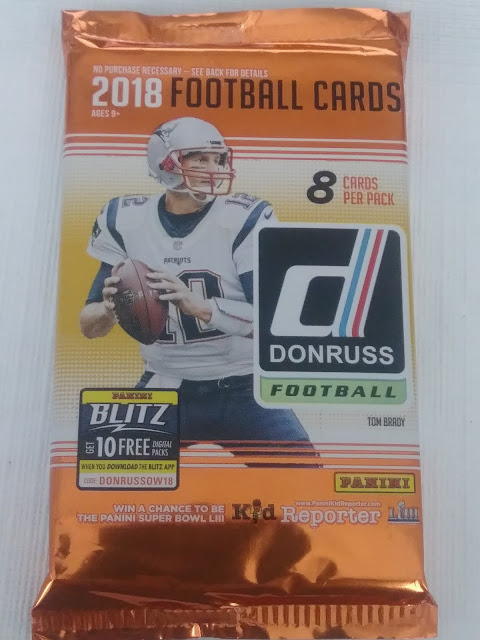 While Buddha paid just $.50 for his pack, I paid a little more (though it was 25% off on the Target Cartwheel app).  Since Hobby packs have 2 more cards, he obviously got the better deal.  Oh well, let's see what I got: 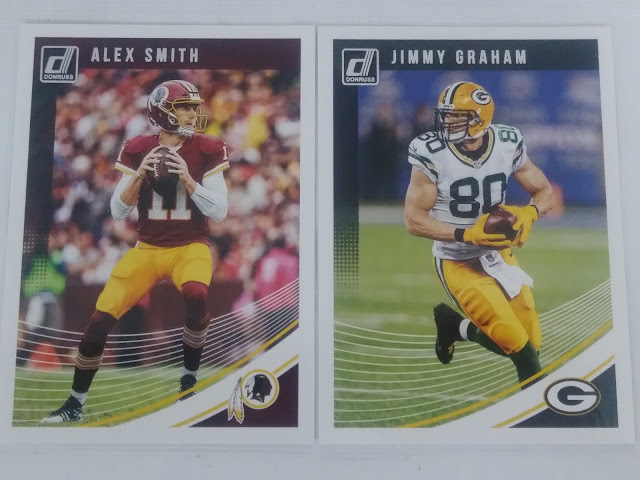 There are 400 cards in the checklist, with the usual plethora of unknown-odds inserts.  The checklist is generally organized by team. 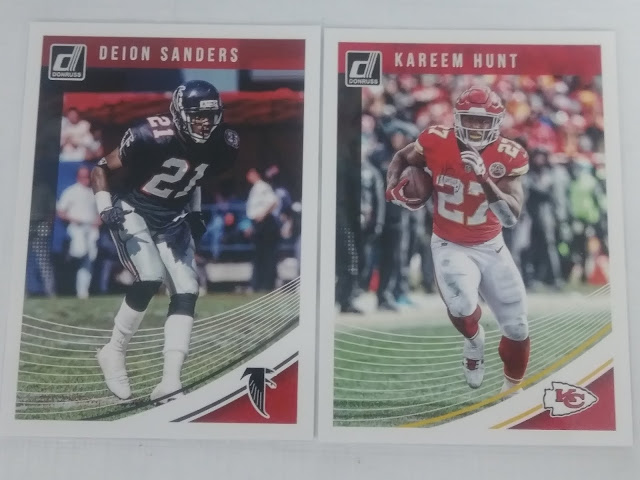 Retired stars are in the mix too. 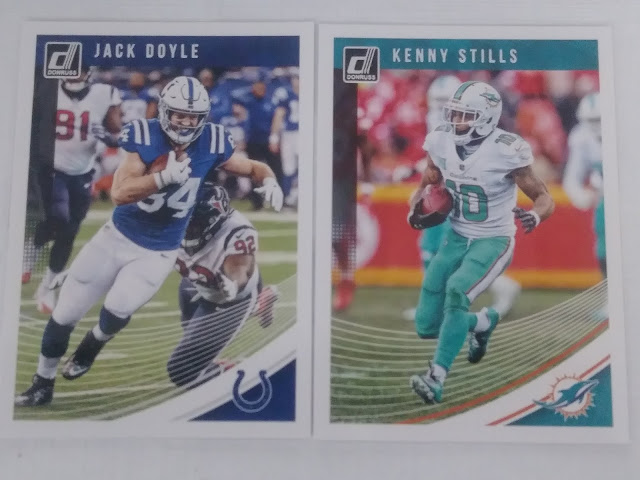 I don't mind the design, but I can do without the extra white curving lines at the bottom of the card. 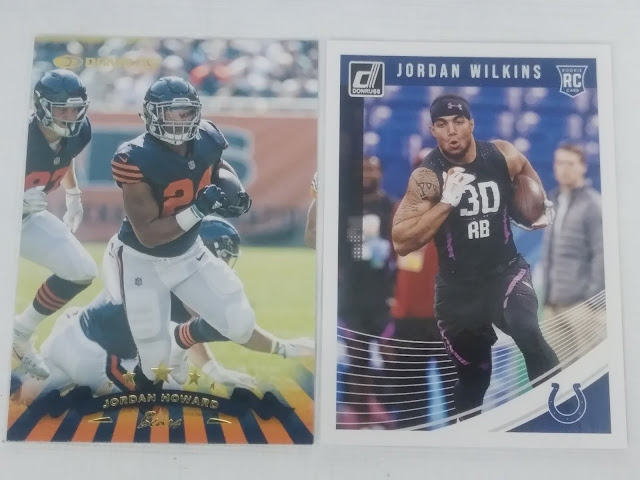 There are 15 cards in the 1998 Tribute Set.  Wilkins isn't a "Rated Rookie" (half of the 100 rookies in the set are designated "Rated Rookies") but he's doing OK in his first year so far. 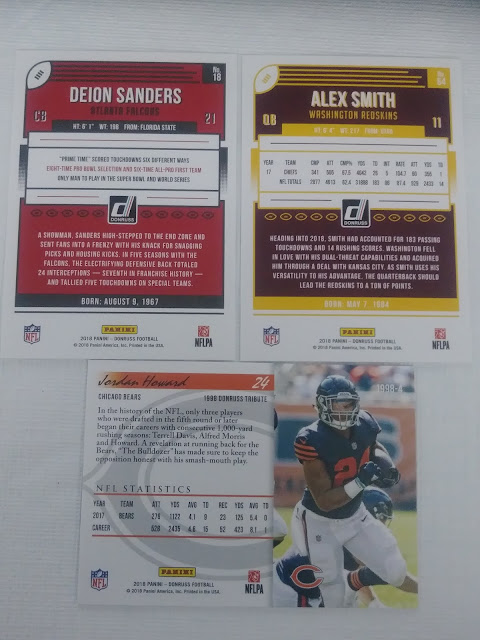 Standard Panini back.  Not a lot of stats, but a lot of mini footballs.  I do like the colors being based on team colors, but what's with the birthdate getting it's own line at the bottom?

Anyway, that's the pack.  Have a good week and thanks for reading!

Nice to see Deion featured with the Falcons. Seems like 98% of his cards depict him with the Cowboys and 49ers... my two least favorite teams.

Love those Deion cards . I'm with you. The extra wavy lines can go. Good pull.