Written by The Angels In Order at 11:00 AM
Ripping a wax box of these to finally finish off the set. These cards were issued in conjunction with the animated show that debuted in 1992. The cards came out in two series; Series I #1-100 and Series 2 #102-190. The chase card is a vinyl mini-cel of a scene from one of the episodes, inserted at 2:36. There were four mini-cel cards to find in Series II. 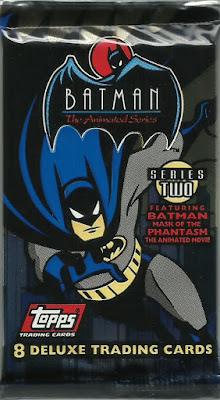 Each pack has 8 "Deluxe" trading cards. I guess the typical card with a higher gloss coating was considered "Deluxe" in 1993. 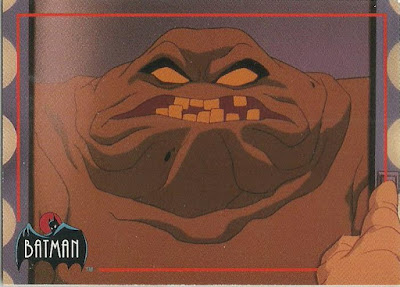 Clayface.
My second favorite bad guy from the Animated Series. 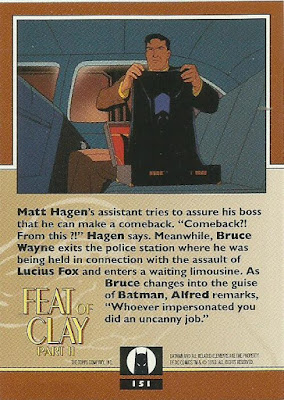 Feat of Clay is my second favorite episode.
It's pretty gnarly.
The backs of the cards were colored differently by episode, each episode having 10-20 cards in the subset. 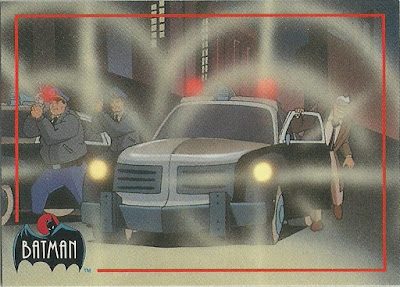 #115 from The Cat and the Claw
Some of the best animation and artwork I've ever seen. 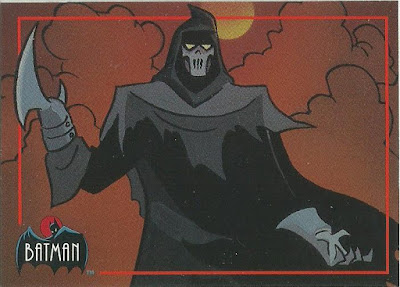 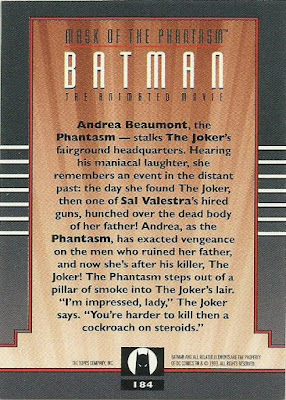 Cards 161-190 are dedicated to the Mask of the Phantasm which was not an episode but an animated movie that was released in 1993. The backs are different from the TV episode backs to differentiate them. They kinda have a movie poster feel to them. 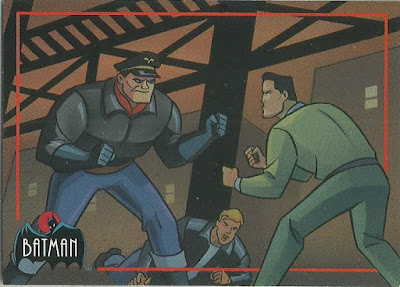 #170 from Mask of the Phantasm 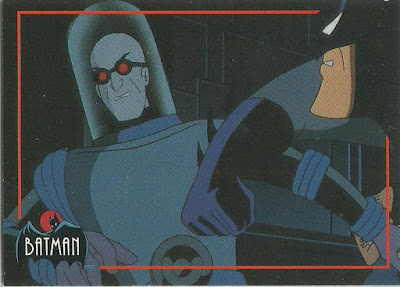 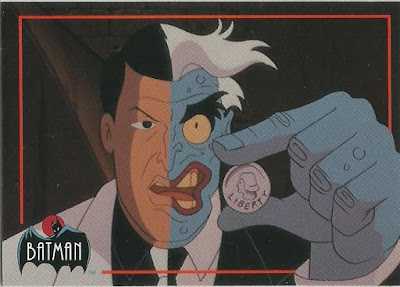 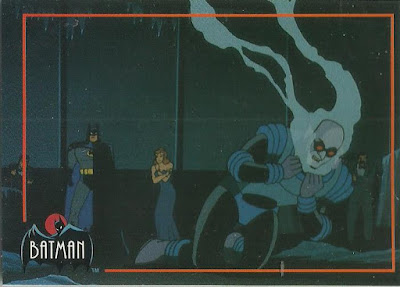 Victor Freeze again after having his glass helmet shattered by a thermos of hot chicken soup!
Love it! 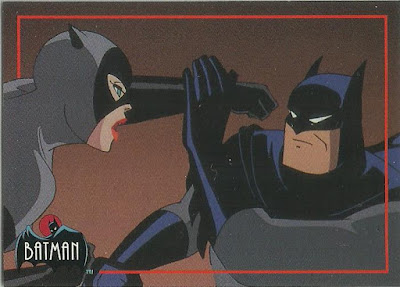 Always lovely Cat Woman from The Cat and the Claw.
Batman going ninja on her.

No vinyl mini-cel in this pack, but I'm guarantee to get two in this box right?

I always liked Phantasm from the animated movie. I like that the seasons were differentiated with different colored backs.

And I meant to say these have a good overall design. The screen grabs are nice and there is plenty of room on the cards for them to shine.

Had no idea this cartoon came out so long ago. I guess I was too busy watching X-Men to notice.