Written by Dion's IP Autos only at 4:33 PM
In these 11 card packs there were also a number of inserts, in every pack was either a Extreme Corp or a Draft Pix card other insets included Power Surge, Power Matrix, Metalists Laser Cut & Nemeses Dual Etched Foils these Special cards appeared in 1:28 packs. This pack included a Rick Mirer Extreme Corp card, best card in the pack was probably the Michael Irvin Cowboys card. 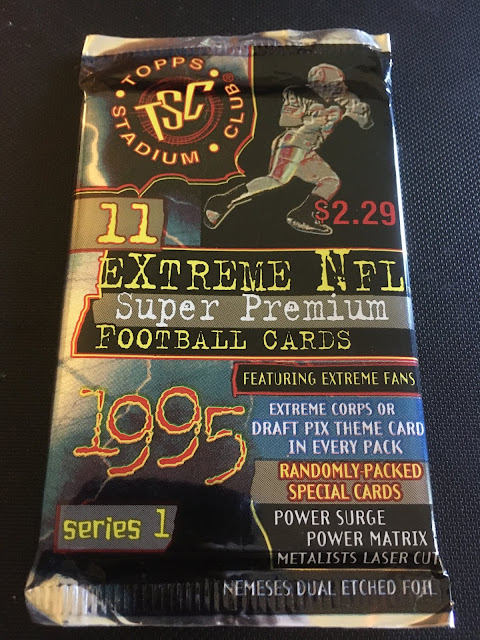