Written by Rebel Coyote at 5:00 AM 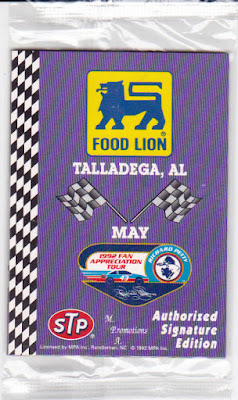 Richard Petty announced 1992 will be his final season of driving. Grocery store Food Lion decide commemorate Petty's farewell tour with this 116 card set. I believe the packs are sold at the track on the weekend of the race. For example if you were at Bristol for the race the track vendor will sell you the Bristol pack. Each pack have four cards. This is a Talladega pack featuring his highlights from the previous races he drove on the track. 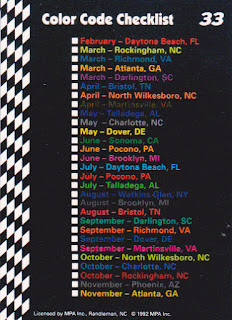 33 - Checklist shows the card set list. I wonder how many discard this card. Checking on Comc.com some are missing the cover/checklist card. 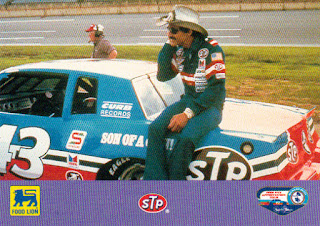 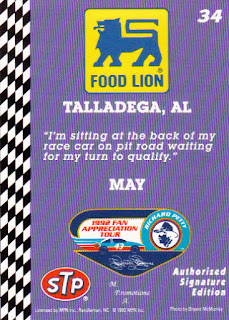 34 - King Richard waiting for his turn 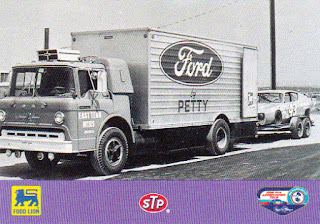 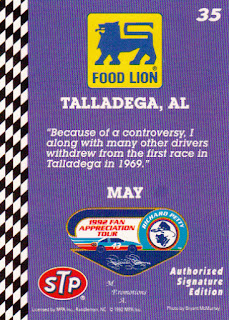 35 - The first ever Talladega race almost never happened. After multiple tire failures during practice the drivers, fearing for their lives and safety, boycotted the race. King Richard is one of them. Bill France Sr. brought in replacements to drive the race. 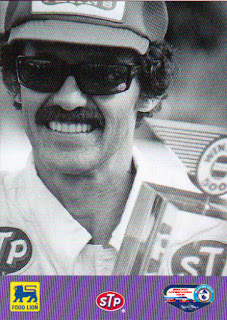 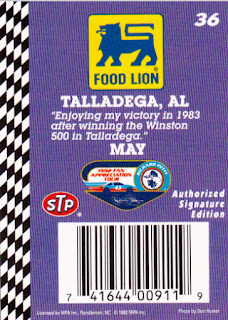 I wonder if you buy a box of this it will be same cards over and over.

Cool cards! I did a quick search and it looks like each box is labeled with a specific track, so I bet you are right! That would be an interesting collection: a set of unopened boxes.