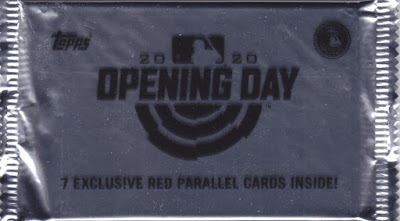 For the second(?) year in a row, Target has an exclusive "mega box" style configuration available for Topps Opening Day, with a retail price of 14.99 for 15 packs and a bonus pack of exclusive red parallels. They look nice with their holofoil design and the (RIP) Opening Day date. This was to be the first season in a long while where every team in the league played on the first day of the season. 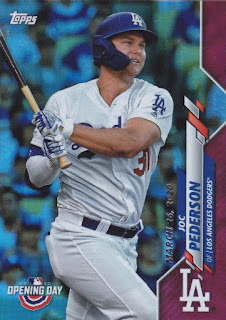 9 - Joc Pederson - One of the first search results for Pederson is "Is Joc Pederson still a Dodger?" which tells a lot about how his offseason went. Lots of rumors but no action. 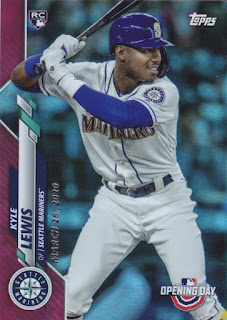 17 - Kyle Lewis - Although he cooled off in the last week or so, Lewis was one of the better September call-ups in recent memory. 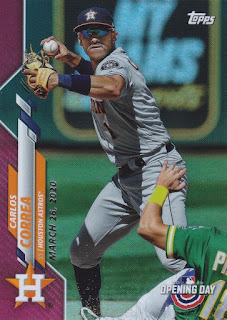 124 - Carlos Correa - You know the drill... Astros player, pretty big star. It'll be interesting to see how his career goes from here, along with the other Astros stars that were presumed to be part of the cheating scandal. 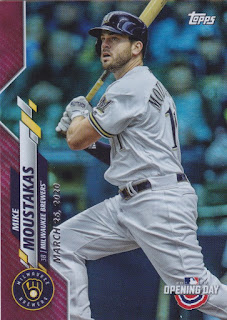 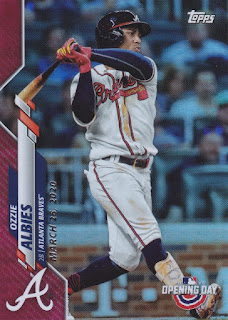 71 - Ozzie Albies - Part of the one-two punch, with Acuna, of the future Atlanta core. 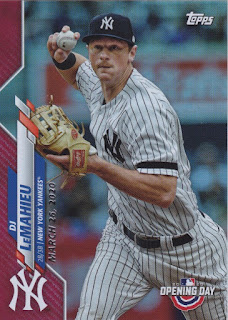 79 - DJ LeMahieu - For a franchise that's known for buying up players left and right, their acquisition of LeMahieu looks to be one of their biggest bargains. 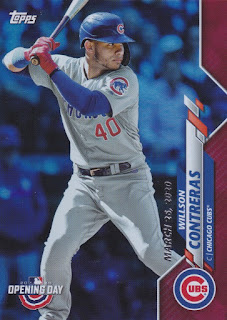 24 - Willson Contreras - One of the game's better backstops.

These are all up for grabs. Hit me up if you're interested, especially if you've got any Cardinals like these.

The Correa and Albies really made this pack. Nice looking cards and good post.