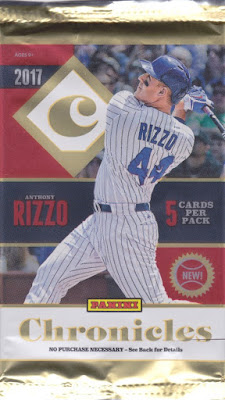 It's time to get weird with one of Panini's weirdest products. And yet, this is before Chronicles got even weirder, where it's difficult to tell what the base design even is. 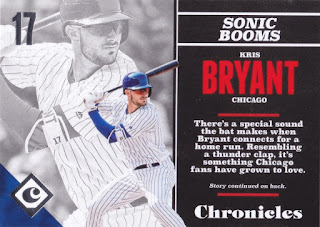 71 - Kris Bryant - It never occurred to me until now that this design reminds me of the outer cover of a novel, where it's trying to give the potential buyer a little blurb about the book as an enticement to buy it. 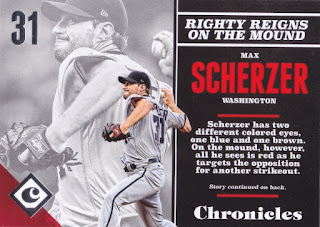 28 - Max Scherzer - Talking about Max's eyes like that makes this seem like it could be some kind of romance novel. 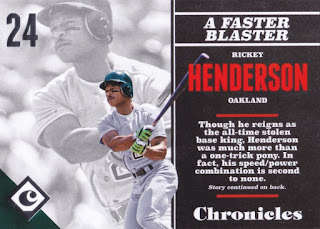 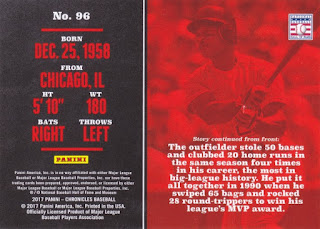 Here's a look at the back. As you can see, there isn't much left to the rest of the story. 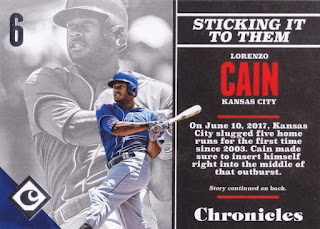 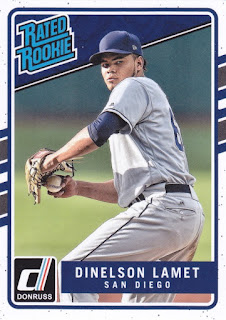 212 - Dinelson Lamet Donruss Rated Rookie - In what was just a brief glimpse at things to come, this isn't actually part of the base set. It's considered an extension of the Donruss set, as the card numbering picks up with more Rated Rookies from where the main set left off.