Written by Rebel Coyote at 6:00 AM 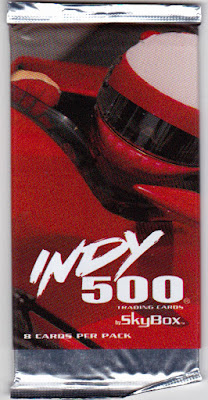 The Indy 500 was suppose to run on Sunday but pandemic moved the date to Aug 23. Skybox put out Indy 500 set in 1995. Instead regular card size its printed on "tall boys" size. There are 108 cards in the set as well 15 inserts. It's based on 1994 Indy 500 and the stories on the month of May. All the drivers have two cards. The first card feature where they qualify in the race and the second card is where the driver finish. Careful of pulling the cards apart. It might stick together but not severely.

Skybox welcome us with this folded pamphlet of the set.

Expired exchange coupon to send in for card of 1995 Indy 500 who is Jacques Villeneuve. 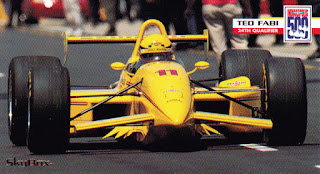 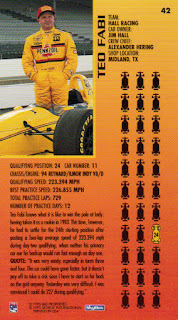 45 - Teo Fabi - this is qualifying card showing where the driver qualified in the race as well how total number of practice laps within those two weeks (at the time), practice and qualifying speed and team info. Hey its based out of Midland where I live! 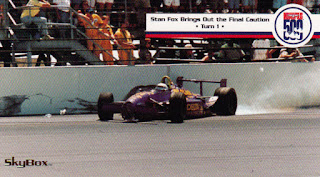 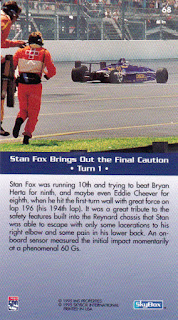 64 - Stan Fox - the late Stan Fox brings out final yellow of the race crashing near the end as the race finish under the yellow. Stan would survive a big wreck the following year ending his career. 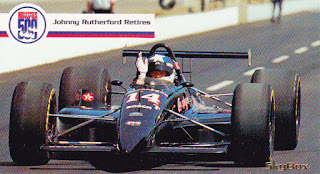 16 - Johnny Rutherford Retires - Lonestar JR decide call it a career riding in rival AJ Foyt car despite his last attempt at the race was in 1992. 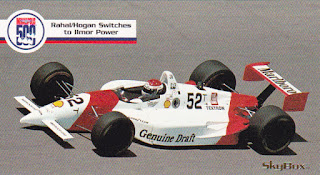 17 - Rahal/Hogan Switches to Ilmor Power - Rahal/Hogan was running Honda engines and Lola chassis heading to the 500. After realizing the team was off pace and the pressure from their sponsor to qualify in the field after Rahal DNQ the previous year they made a decision to drop Lola/Honda package and bought cars from Roger Penske for Penske/Ilmor package for Indy. That went well in the short team as both Hogan/Rahal cars qualified in the race and Rahal finished 3rd. Rahal would drop Honda for Ilmor who would badge their engines Mercedes after the season. Honda, in the other hand, would start winning later in the years as Mercedes would struggling going into 2000s. 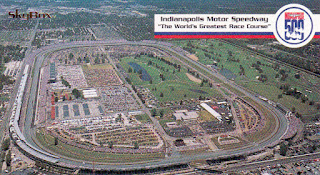 2 - Indianapolis Motor Speedway - aerial shot of IMS. They would build a road course inside the circuit and added SAFER barrier on the walls. After almost 70s year the Hulman-George family sold the track to Roger Penske in November. 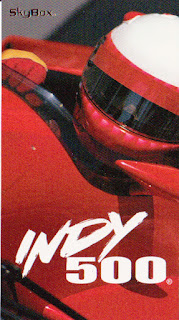 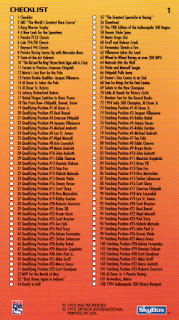 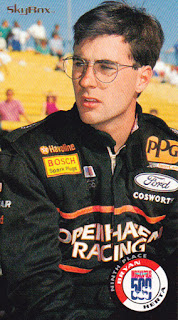 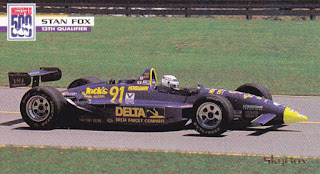 Good photo selection but on tall boys. Skybox produced another Indy 500 set in 1996 this time on regular card size. Good luck finding a pack or box of 96 Indy 500. It seems to be hard-to-find set unlike 1995 set.

I've never really followed Indy racing, but these cards are nice. I like Skybox's decision to use the Tall Boys sized cards.