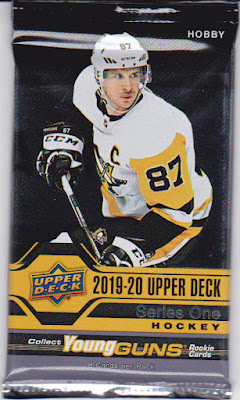 A hobby pack of 2019-20 Upper Deck hockey with Sidney Crosby on the pack cover. Here are the 8 cards in the pack. 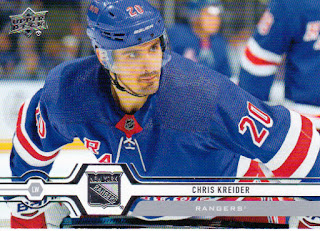 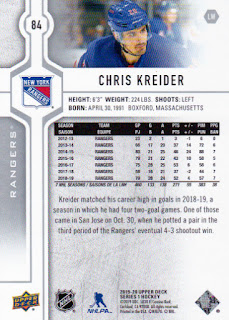 84 - Chris Kreider - in usual Upper Deck way they killed it in photography selection. Kreider was out with fracture ankle before the season suspended. 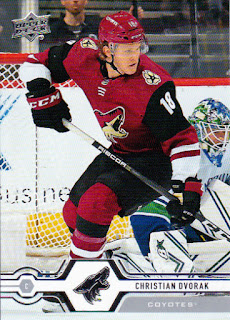 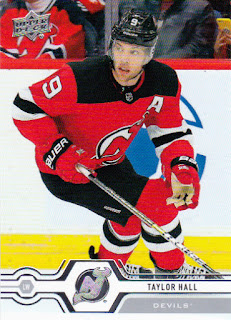 78 - Taylor Hall - former first overall pick and Hart trophy winner got traded two months into the season to Arizona Coyotes. He's hoping to cash in a good contract after this season if it ever resumes. 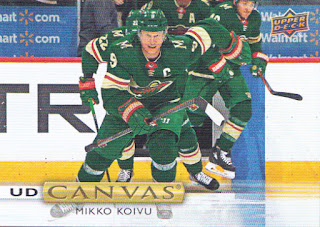 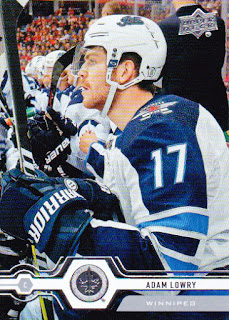 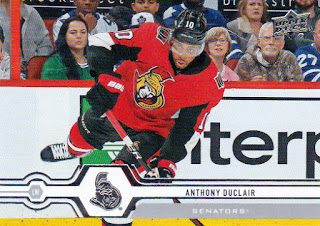 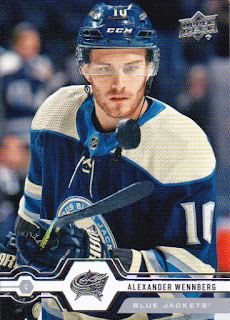 That Koivu leading his teammates onto the ice is a cool shot. It's even cooler that it's a canvas parallel.