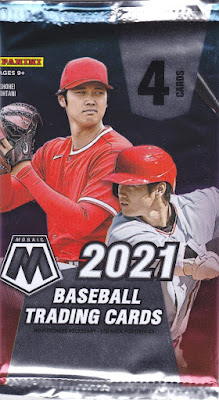 Panini's Mosaic brand started off as a spin-off of sorts from Prizm, but became more established as its own thing in the past couple of years. The baseball set is very similar in design to the NBA set, minus the logos as expected. Here's a pack from another pricey ($29.99) Panini blaster. 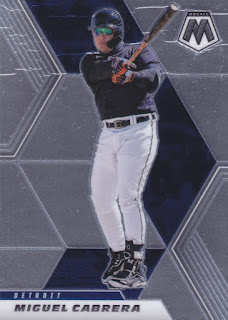 117 - Miguel Cabrera - This is basically what you get with Mosaic. There's a lot of polygons and a chrome colored backdrop. 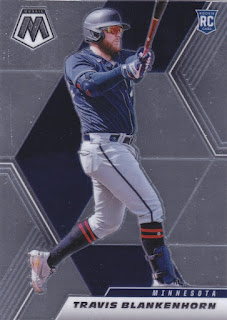 272 - Travis Blankenhorn - Panini sometimes features some different rookies in their products as compared with Topps. I had never heard of this guy. 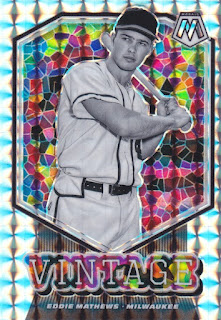 V4 - Eddie Mathews Vintage Mosaic - In typical Panini fashion, this is a parallel version of an insert card. Mosaic parallels have a bit of an X-Fractor look to them, but with a bit of a different pattern. 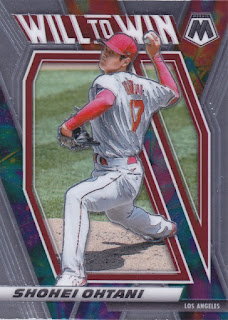 WTW8 - Shohei Ohtani Will to Win - Maybe this is just a blaster thing, but it seems like only half of the cards are actually base cards. I am not going to complain about pulling an Ohtani insert card, however, as he's someone I actually collect on the side. Good luck trying to build this set, though.