Written by SumoMenkoMan at 12:11 PM
I'm continuing my run of 1990s Japanese trading cards packs....this time with a pack of 1997 BBM Sparkling Fighters.  I see boxes of this stuff pop up from time to time and have always been interested in opening some packs.  There are 187 cards in the set broken up into five subsets: Sparkling Fighters, Sparkling Holds, Sparking Checklist, Sparking Legend, and Sparkling Special.  The last two subsets seemed to be short printed, but there are no stated odds on the pack.  Back in 1997, this pack would have set you back 400円 for 8 cards.  Let's open up this sparkling foil wrapper and see what we get. 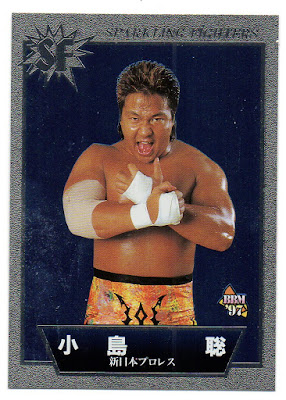 Card #11: Satoshi Kojima....a consistent wrestler from New Japan Pro Wrestling in the 1990s who is at the end of his career. 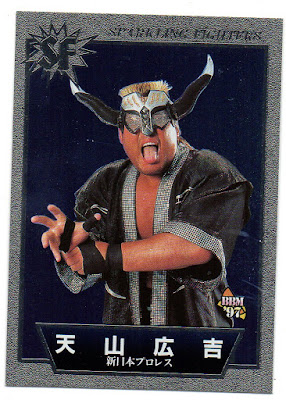 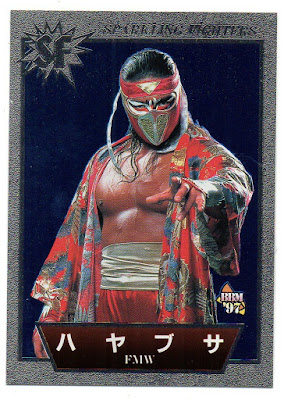 Card #20: Hayabusa....boom easily the best pull of the pack...I would have loved to see some of his matches in person 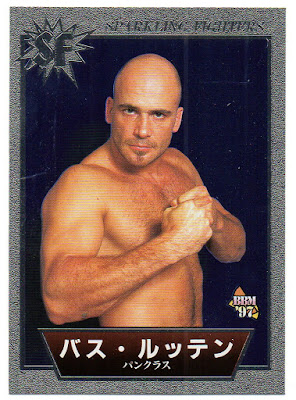 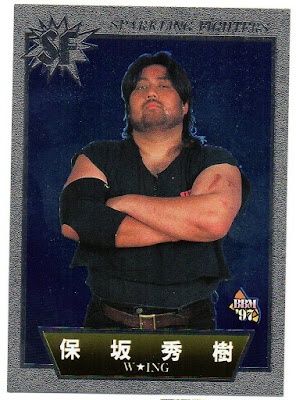 Card #107: Hideki Hosaka....shown here wrestling for W*ing....not sure how to pronounce it. 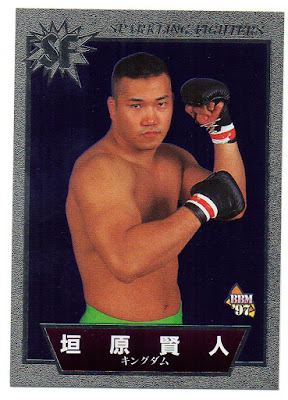 Card #115: Masahito Kakihara.....another MMA fighter that crossed over from wrestling 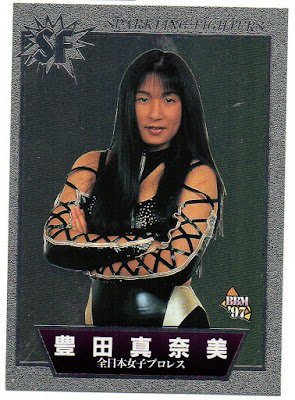 Card #124: Manami Toyota..I'm not going to lie...she looks a lot like my first girlfriend....except her hair is longer of course. 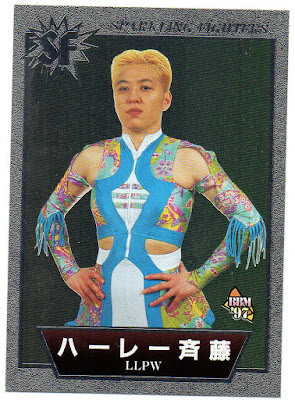 Card #145 Harley Saito....this is why I love Joshi Wrestling from Japan....the flair! 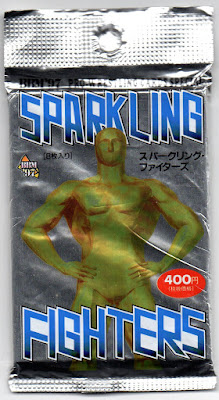 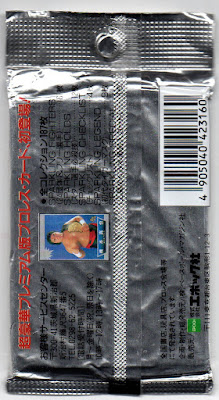 Hayabusa card is awesome! I'm a huge FMW fan because of him. Hideki Hosaka is one of Atsushi Onita guys. Wherever Onita goes Hosaka comes along. I believe at the time he was technically on FMW roster under W*ing faction. W*ing was a fed that closed up then re-appeared in FMW as a faction during that time as it led by Kanemura.