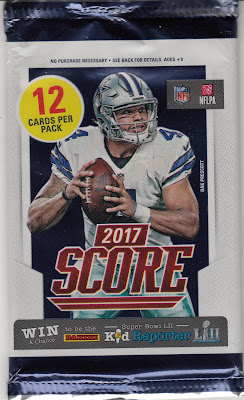 As we proceed to the second of the four 2017 NFL packs I bought, I present 2017 Score Football.  This is definitely aimed at the value collector -- 12 cards for $2.00.  This set features a 440-card base set, of which the last 110 are rookies.  There is a good selection of insert sets and various parallels to make even a cheap retail pack interesting.  Let's see what I got here... 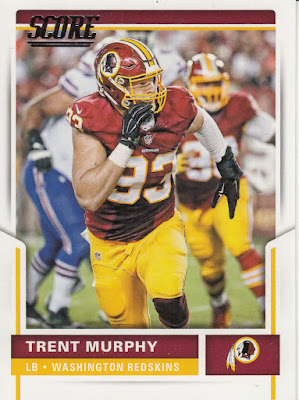 Like the 2017 Prestige football cards, these showcase borders featuring the team colors.  Here the colors are present both in the top and bottom of the card, along with the team logo in the lower right.  The extra blank space at the bottom gives the photo a little bit more of a squared-off aspect ratio, which lets the photos spread out a little more widely than they do in some of these other products that I purchased. 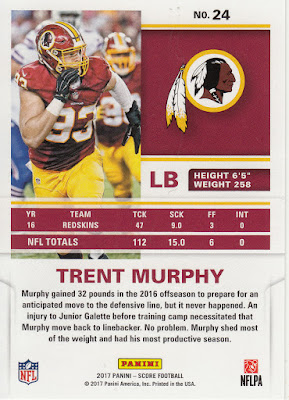 The backs have the same, tired Panini style of using the same photo as the front.  You get a little space for a write-up...this one is about Trent gaining and losing weight.  It's like a Jenny Craig ad! 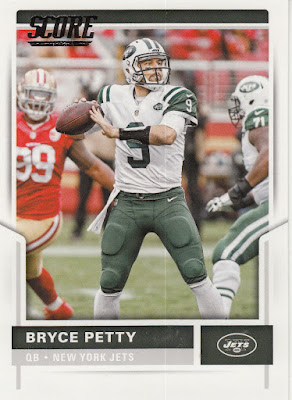 Jets backup QB?  This pack is not starting out great.

#159 - Melvin Ingram - This one shows off the image flexibility I was mentioning earlier.  This is one of the wider shots that you will see on a card that is still in portrait orientation. 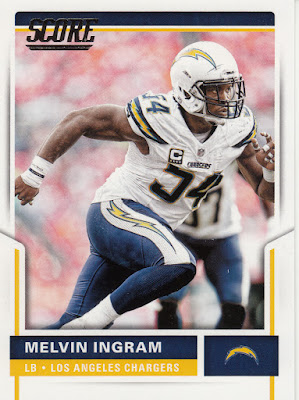 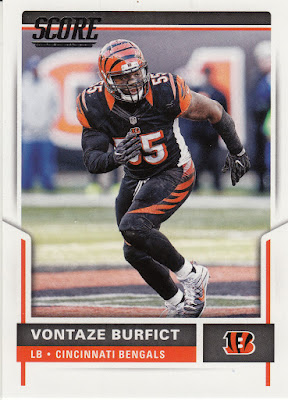 #291 - Ezekiel Elliott!!!  The phenom had a great rookie year and another great game for the Cowboys tonight.  Although it'll be 6+ more weeks before we see him again... 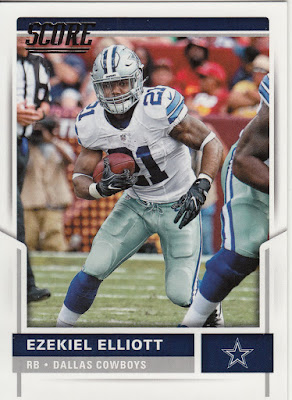 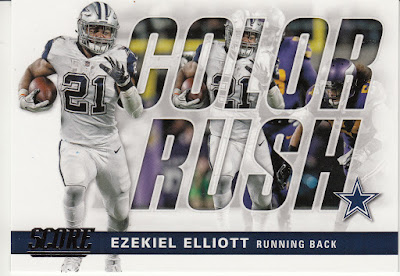 Huddle Up Insert - #3 - Eagles / Carson Wentz -- Offensive lineman do not get enough love from the card companies, so I'm happy to see this one.  What a great concept!  This was my favorite insert from these packs so far.  In particular, this one shows off the vast difference between Jason Peters (6'4", 328 lbs.) and Darren Sproles (5'6", 190 lbs). 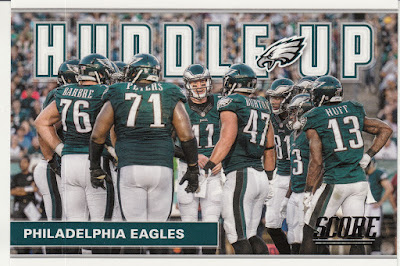 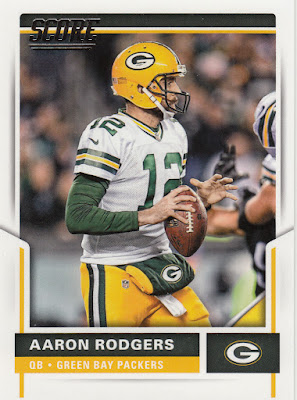 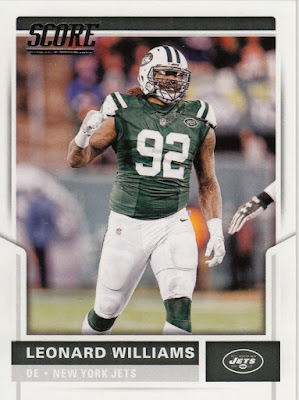 With the large checklist of rookies, not all of the players you get are big names.  Here's who I pulled:

#335 - Donnel Pumphrey - 4th round pick of the Eagles.  He enters a crowded backfield situation, but several players (Sproles, Blount) are getting old and will be off the field soon enough.  Pumphrey will move up the depth chart rapidly when they are gone. 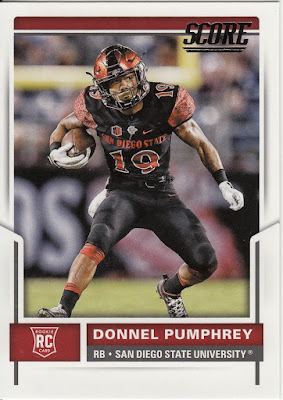 #424 - Brian Hill - 5th round pick by Atlanta.  He is on the active roster but did not rush any in the opener. 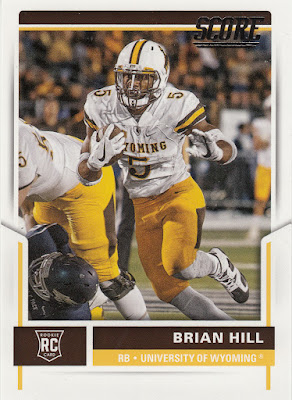 #434 - Artavis Scott - Undrafted - He landed on the Chargers practice squad. 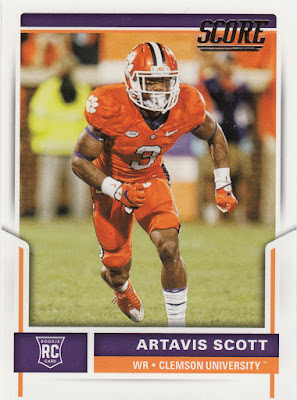 Can you barely contain the excitement of what's to come?

The annual Score set is usually pretty good. The subsets help give it some flavor each year and this year's examples are pretty good. I don't mind the Color Rush if I'm being honest. I do like the Huddle cards, kinda like the old team cards in baseball that we used to get.