Written by Josh D. at 12:24 AM
With football season upon us, I hit up the card aisle at Target to see what was available for NFL cards.  I picked up packs of the four different 2017 releases they had and figured we could take a little tour of what's available.  Four quarters of play, if you will!

First up, we have Panini Prestige 2017.  Each of these products has a different cover boy, and Prestige features J.J. Watt of the Houston Texans.  A pack of these will run you three bucks at Target, and for that you get ten cards. 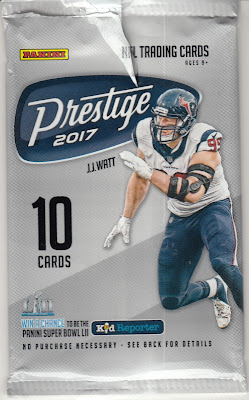 The first card out of the pack is #74 - Ameer Abdullah. 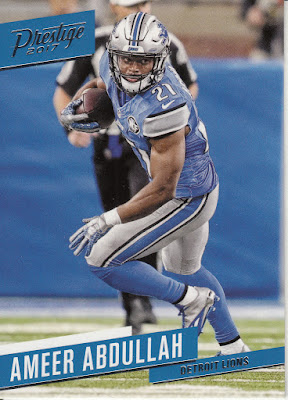 These cards are very nice-looking in person.  Full bleed photos, bright colors, and a classic, team-color-matching design that doesn't take away from the action in the picture.

Here is the obverse side.  An ongoing criticism of Panini products is that they frequently use the same photo on the front and the back of the card.  They do that same thing here and it is a giant waste of space!  We already saw that picture on the front...no need to see it on the back!  Every player gets a small write-up, with height, weight, college name, and two rows of stats - 2016 and NFL Career Totals.  The color scheme on the back matches the team colors also used on the front. 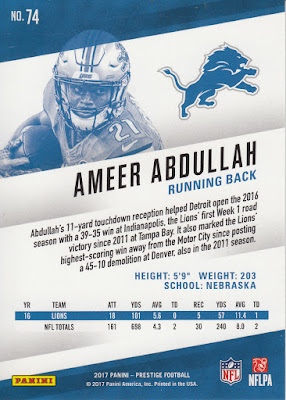 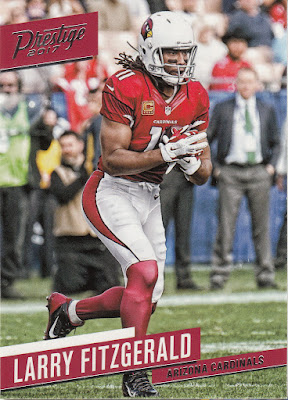 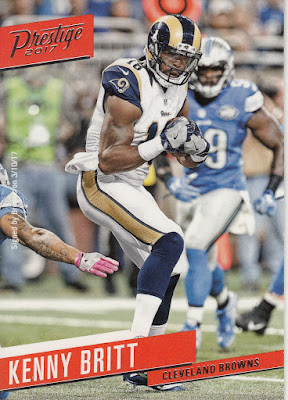 Connections Insert - #18 - Antonio Brown / Ben Roethlisberger - This was the only insert card in the pack, but it is not serial-numbered. 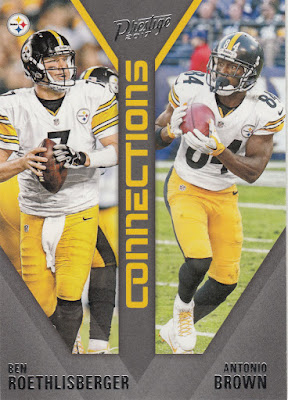 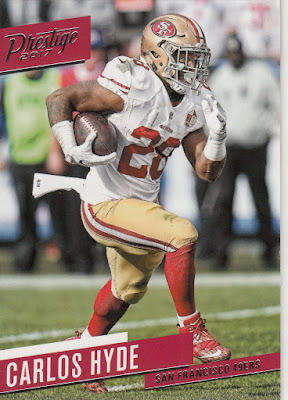 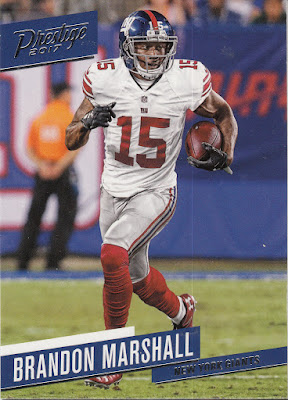 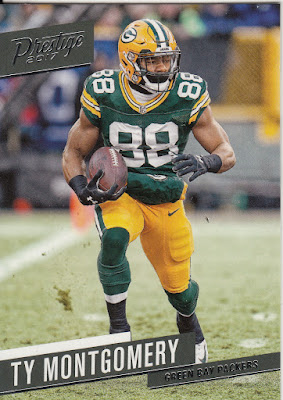 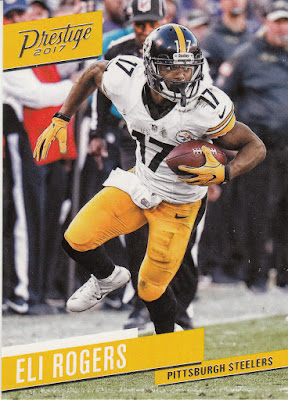 #282 - DeMarcus Walker - Walker played for Florida State and was taken by the Broncos in the 2nd round of the draft (#51 overall).  He is starting the season behind Von Miller on the depth chart at OLB in the Broncos 3-4 defensive scheme. 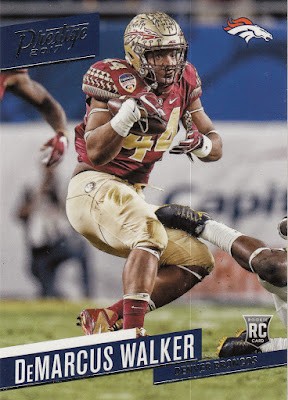 #198 - Darren Sproles - And rounding out the pack we have one of the shortest NFL players, Mr. Darren Sproles.  Despite his small size, he uses his speed and his sure hands to make problems for the opposition.  Sproles is in the Top-10 all-time for receptions by a RB. 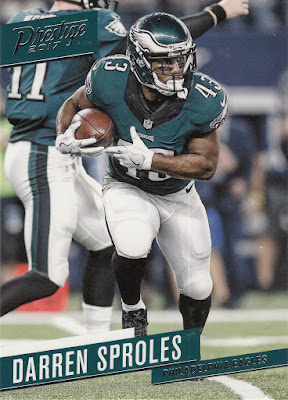 That's it!  Was it worth it?  Three bucks for one insert and a bunch of other base cards?  I don't think I will be buying any more of this one, but they are nice to look at, so they've got that going for them.  If you are interested, maybe try a blaster or a hanger box to see if you can get a few more inserts than what I grabbed.

Are you willing to trade tbe two Steelers and Larry Fitzgerald cards? I am a die hard Steelers fan and collect and have a player collection of Fitzgerald. You can email me at tim(underscore)gretchen(underscore)marriage AT yahoo.com

I like these cards as well. I've grabbed a few packs and enjoyed what I've seen so far. Will definitely look for more as I get a chance.