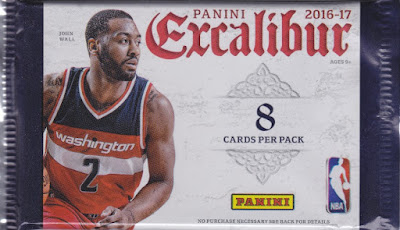 Excalibur was released late in the season for a basketball release, so it was probably on the shelves for a couple of months before I ever noticed it. To me, this is about a half of a step up from Panini's usual releases, with some nice inserts mixed in with some closely cropped full bleed "action" photos. 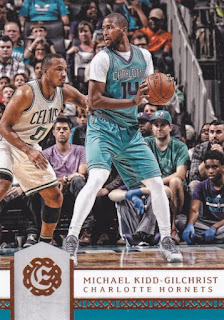 21 - Michael Kidd-Gilchrist - MKG will always remind me of the old coffee in a can, MJB. 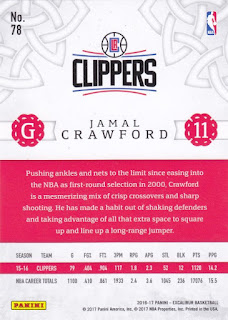 78 - Jamal Crawford - Typical Panini back. No photo (you know it would just be a smaller version of the front photo if there was one), minimal stats and a huge team logo. 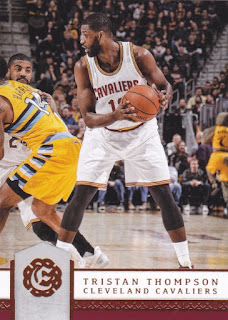 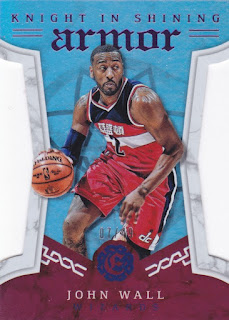 23 - John Wall Knight in Shining Armor Purple 07/49 - This is a fairly low numbered parallel version of a retail only insert die cut. It looks nice. Wall is a nice player, if you're into that sort of thing they do in Washington. 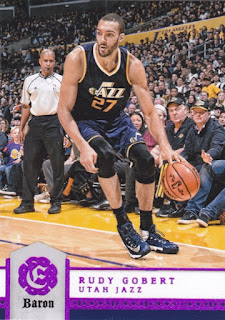 170 - Rudy Gobert Baron - This is a parallel of a base card. Panini manages to catch Gobert at what he does best: almost stepping out of bounds? 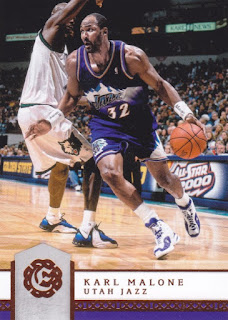 198 - Karl Malone - From The Stifle Tower to The Mailman. 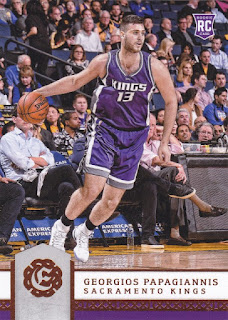 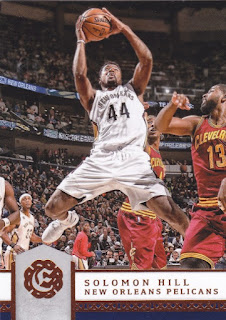 114 - Solomon Hill - And we end things with a Pelican, one of the more interested bird mascots in sports.