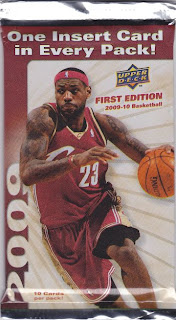 NBA Opening Day or Tipoff Tuesday or Premiere Baller Day is just a week away. I'm not sure what it's called, to be honest. I bought this pack on Sunday and it was the right price (99 cents) for me. What's better is that I just got e-mail confirmation tonight that my tickets for opening night are being shipped. I even took the night off from work to see the Blazers face their nemesis, the Rockets, the team that knocked them out of the playoffs in June. 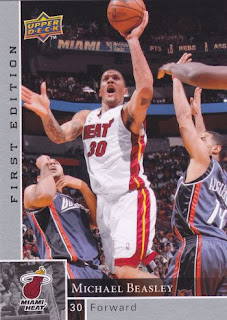 82 - Michael Beasley (Beasley had a pretty productive rookie season coming into the league at only 19, but made news over the summer by checking into some sort of rehab.) 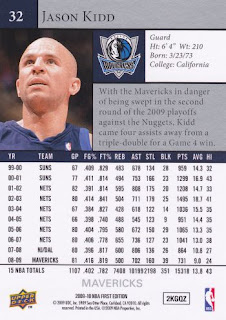 32 - Jason Kidd (Here you can see what the backs look like.) 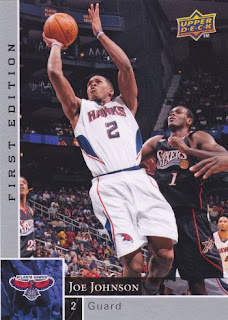 4 - Joe Johnson (Overall, I like these a ton better than the First Edition baseball cards, which kept the non-shiny gold borders that are based on the main set. I also have a pack of the regular set that I have not posted yet, so I may do that at some point.) 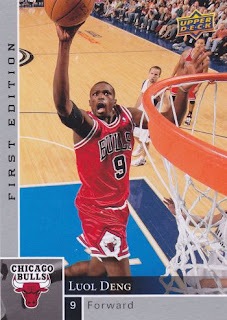 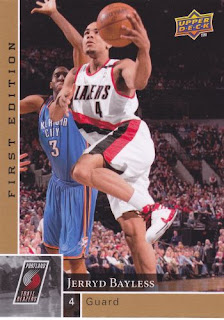 145 - Jerryd Bayless Gold (Nevermind that Bayless's first name looks like someone tried to type Jerry and made a typo. Bayless is fierce! He is coming into his second season having failed to prove that he could play PG in summer league play but is still hopeful of getting some backup minutes at the 2. He's behind All-Star Brandon Roy and Ladies Love Rudy Fernandez, but injuries often create opportunities.) 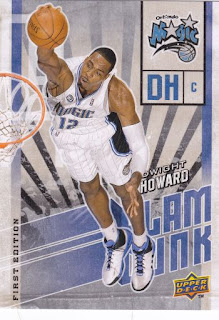 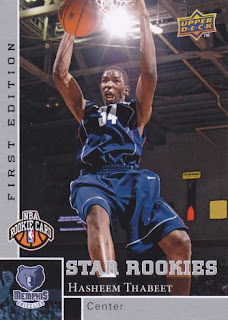 187 - Hasheem Thabeet (It's not mentioned on the front of the pack wrapper, but if this is like previous years, there's also a one-per-pack rookie card guarantee. At least there's little to no ambiguity in "rookie card status" of basketball cards. Normally I'd be pretty excited to get a rookie card of the #2 pick of the draft, but Thabeet seems like a project to me, especially on a team full of clowns. 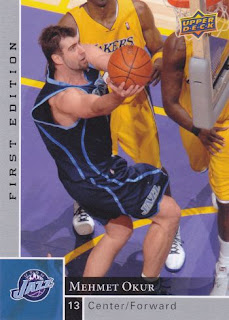 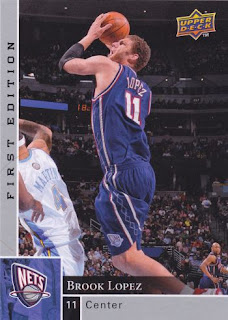 103 - Brook Lopez (Brook Lopez, one of the Stanford twins, had a very impressive rookie season. I believe I heard that he was injured recently, however.) 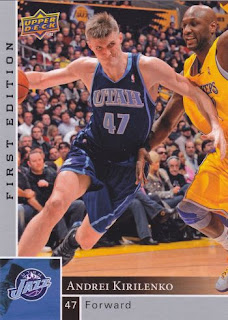 169 - Andrei Kirilenko (Bleh.)
Let me know if anyone out there buys this basketball stuff. I'd love to get some of your Blazers. Of course, I'm not serious about it myself, or I wouldn't be buying First Edition.

It's hard to fit every year of a long career (like Kidd), but they really should get 'em all in there somehow. Cards seem incomplete without all of a player's career.