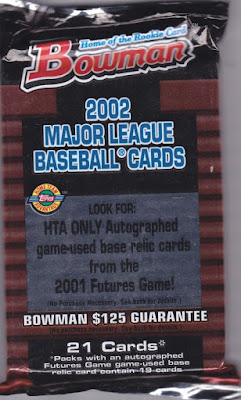 Here's a super-sized pack of old Bowman cards, part of a random assortment of packs I purchased at a card show last month. Dig that $125 guarantee! 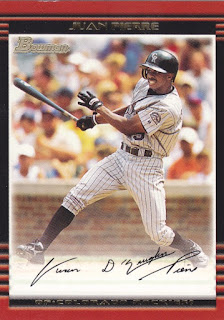 87 - Juan Pierre - The pack is front loaded with veterans (red cards). The first card out of the pack, Pierre, is a little rough around the edges. It's a good thing no one invested heavily in 2002 Juan Pierre cards. 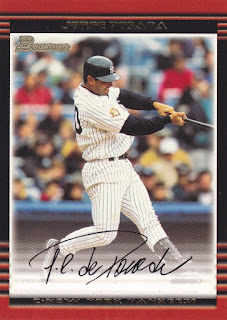 20 - Jorge Posada - We know this guy. Posada was part of the Yankees late '90s dominance. 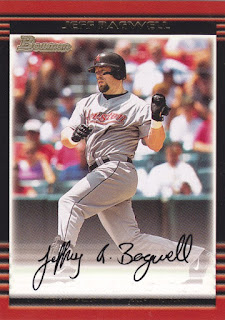 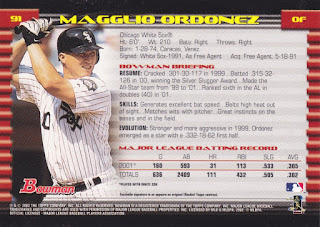 91 - Magglio Ordonez - Here's a look at the back, which is a pretty typical Bowman card back. We do get a distinct full color photo here. 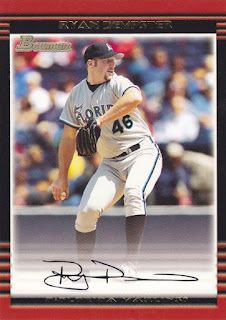 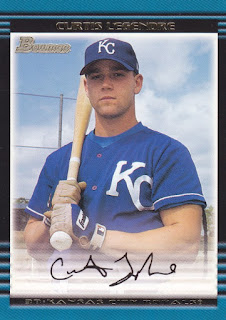 205 - Curtis Legendre - Now it's on to the prospects (blue cards). This generally means a bunch of guys no one's ever heard of. 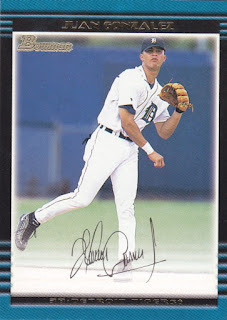 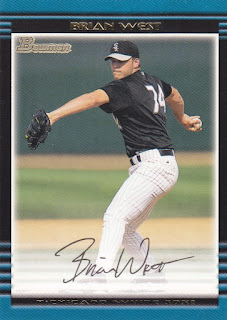 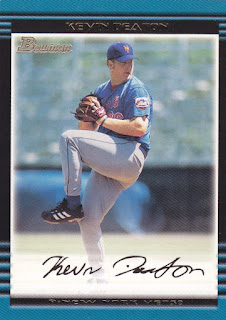 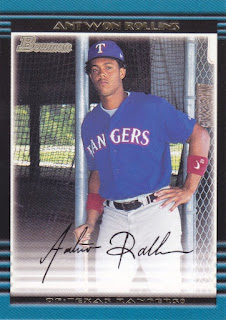 191 - Antwon Rollins - A few more players I have no recollection of. This is, allegedly, the younger brother of Jimmy Rollins. His bio states that he temporarily retired "to pursue hip hop career". The dude makes films these days. Google can be amazing! 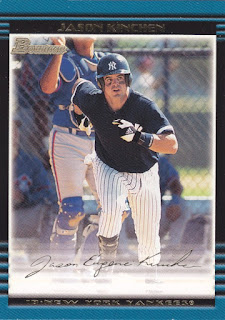 342 - Jason Kinchen Gold - The one-per-pack gold parallels are very similar to the base cards, with the primary differences being the thickness of the card and the facsimile autograph being in gold instead of black. 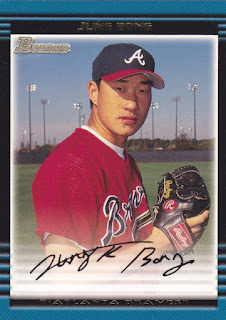 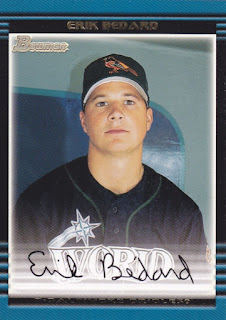 248 - Erik Bedard - Bedard was a pretty big fantasy baseball name for awhile, as he always racked up loads of strikeouts, when he managed to stay on the field at least. 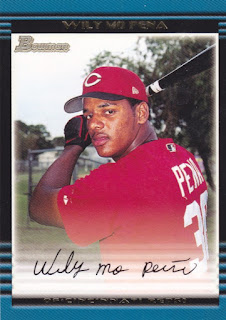 353 - Wily Mo Pena - Wily Mo seemed like he was a bigger name than his stats would indicate. 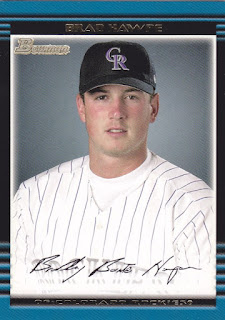 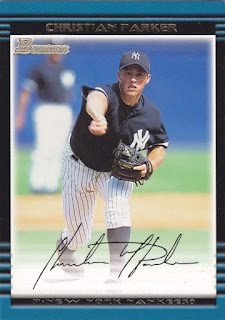 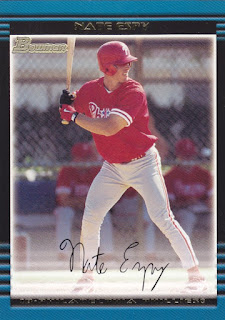 201 - Nate Espy - Per the bio "compared to Mark McGwire by Piedmont's manager because of his monstrous homers and great eye." 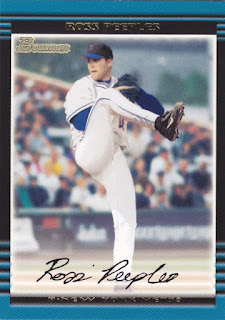 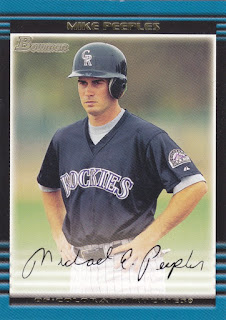 306 - Mike Peeples - Back to back Peeples! I have no idea if these guys are related. 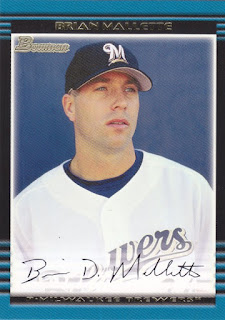 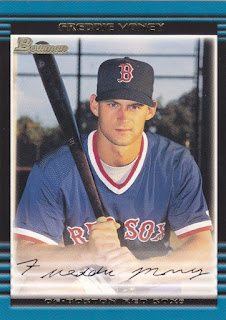 410 - Freddie Money - Probably had to endure a lot of "take me home tonight" comments in his life.

Nice rip, that was thoroughly enjoyable!

Not a design I'm really digging. I do love the Bagwell card but as always these Bowman packs are prospect heavy and as this pack shows those prospects are called that for a reason. Plenty of names I'm not familiar with. Still fun to see what you can pull from these older packs. Good job.

Nice rip, I never got into those as much as I should have.