Written by jacobmrley at 6:36 PM

Baseball being back has been somewhat of a help but let's face facts, the goddamn pandemic and quarantine have been draining and exhausting.  And let me tell you APTBNLers, my local Walgreens, of which I sang the praises of in my last post, has also had all the retail Topps dry up - and there is only so many repack boxes you can buy with 100 junk wax cards and a pack of 1991 Donruss in it that you can find amusement with.  So on a whim I went on ebay and bought a couple of 2020 Topps Chrome value packs because I love me some shiny and you got to do what you got to do. I figured that it was enough cards to make a page and maybe pull a Mets player or two and kill an hour in metallic cardboard heaven.  Also in that last post, I lamented that I don't seem to ever get anything good in these retail packs and then pulled a goddamn low numbered autograph.  After you see what happens here, I can never ever ever complain about retail packs ever again.  I picked one hanger pack and we will take a look at the three packs and the special extra pink refractors pack because who doesn't love bonus shiny? 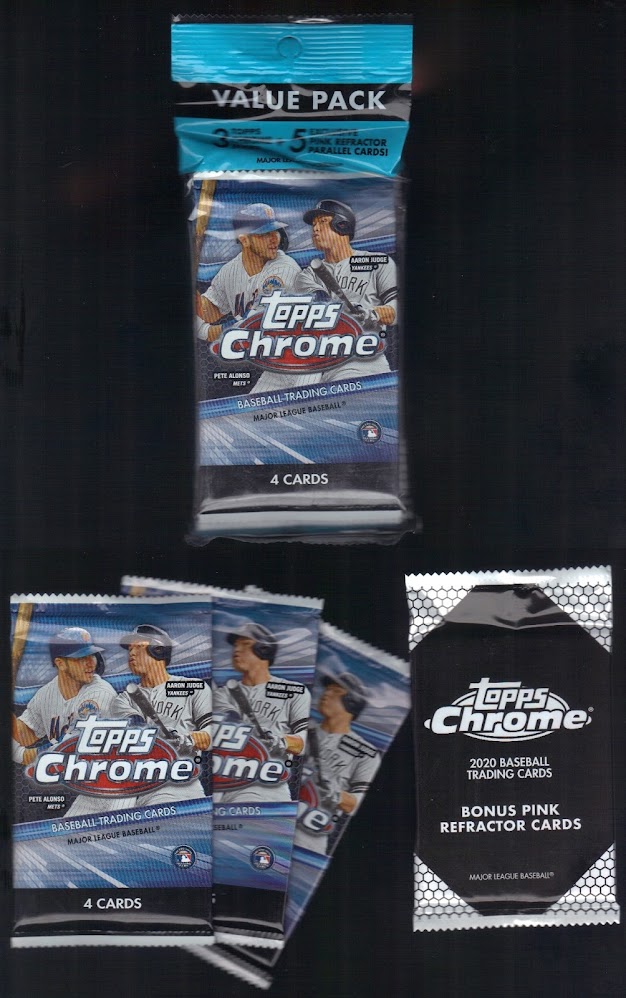 I have been a sucker for Chrome since 1996.  I remember being at a card show in Paramus spending far too much on packs and digging the metal vibe (that first year also had a brushed aluminum thing going on that, alas, they never did again on the base).  Some collectors don't like that refractors are now all over in a million colors and flavors but fuck that, the more the metal merrier. I like that the bonus pack is all bubble gum pink parallels, though I have also enjoyed the orange that other years featured as well. 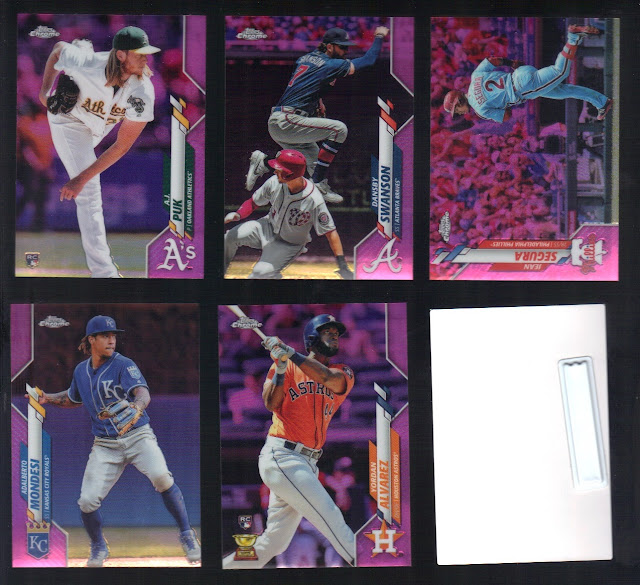 Here you see those five pink bonus cards and the silly "don't steal me" insert.  A Puk rookie and yet another Alvarez rookie; I have pulled like five of these things in different products; somewhere in Houston is a dude pulling a bunch of Pete Alonso cards lamenting his luck too.  Still, not a bad little bonus.

Pack one has some real star power: 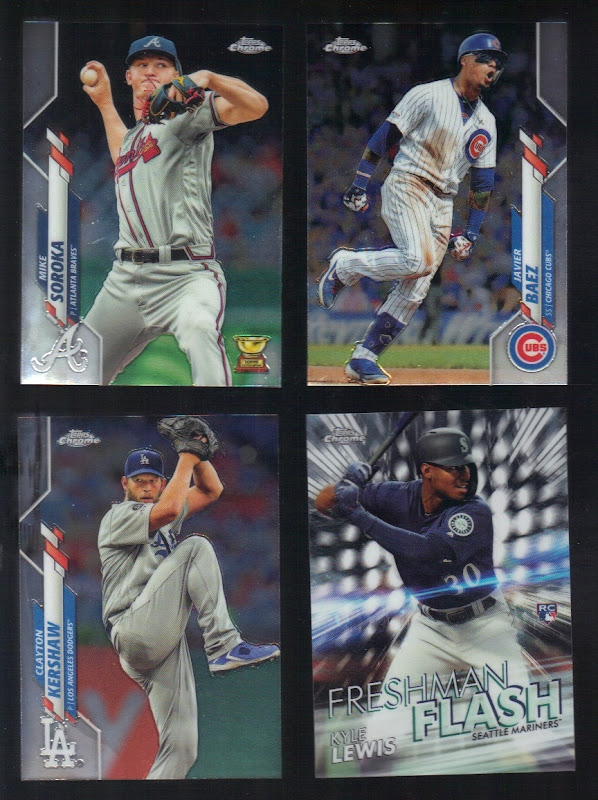 You can see I got a Mike Soroka rookie cup trophy card (ya!), Javier Baez, Clayton Kershaw, and an insert of Kyle Lewis, who has been tearing the league apart for a few weeks of this abbreviated season. He is on the short list for rookie of the year with one other player. George Springer and the epic beard of Archie Bradley are nice but Rowdy Tellez and a shiny 1985 Bo Bichette rookie make this ideal for fans of Toronto (or is it Buffalo now?)

So as I was opening the third pack, I had two thoughts, and I kid you not, they were "I haven't gotten any Mets yet" and "wouldn't it be great if I pulled a Luis Robert card to go with that Kyle Lewis?" and then this happened: 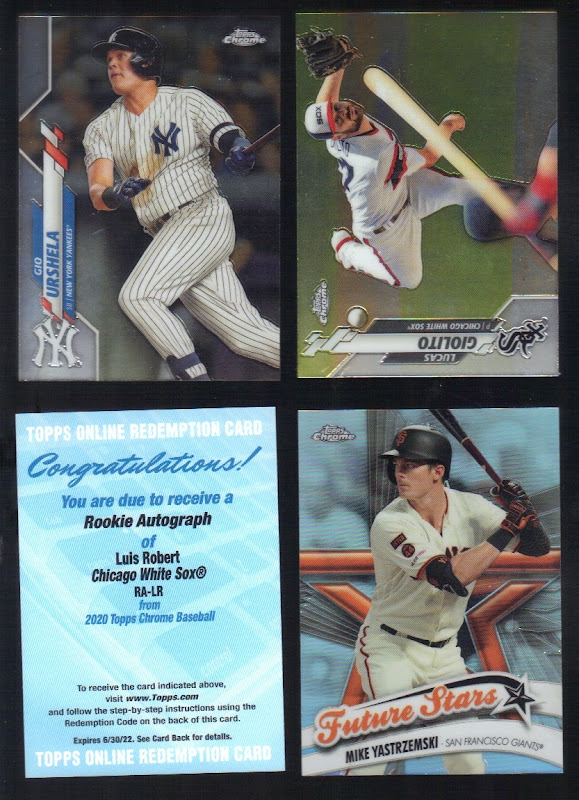 Super, a Yankees card, wonderful. Hey, Lucas Giolito just threw a no-hitter, so that's pretty cool. And wow, Carl's grandson Mike Yastrzemski.  Oh yeah and I got that silly little redemption card for a Luis Robert rookie autograph.  I guess that makes this a White Sox super pack?  And hey, this is my second post in a row with a Chisox autograph, maybe I should switch from New York's second team to Chicago's?  Honestly, though, I was floored as I haven't pulled anything like this in years.  Like I said, I can never complain about retail packs again and I am not even mad I didn't get any Mets cards.

The secret of baseball carding. Rip a pack, things happen.

Holy smokes! Congrats. It simply can not get any better than that from a retail pack.