Written by Rebel Coyote at 1:55 AM 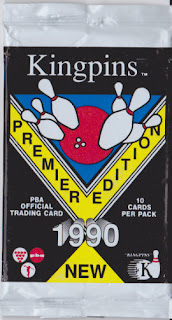 Junk wax years was a crazy time. Over-production? Check. Got a license to print? Boom you got cards. Bowling joined the era with Kingpins set featuring legends and top PBA bowlers. Ten cards per pack with random autographs of top 10 all time money winners. Will I get *points thumbs to himself* P-D-W or Bob Learn Jr or Walter Ray Williams? 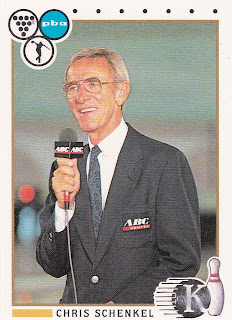 3 - Chris Schenkel - ABC Sports broadcaster who spent 36 years broadcasting the PBA tour. He also broadcasted college football, basketball, and the Olympics. He passed away in 2005. 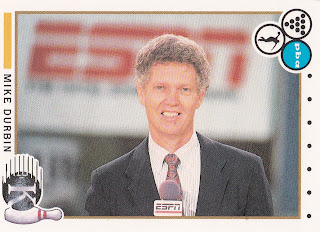 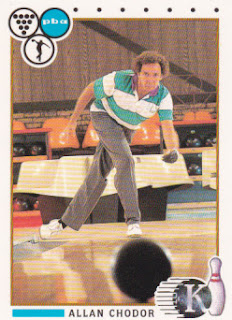 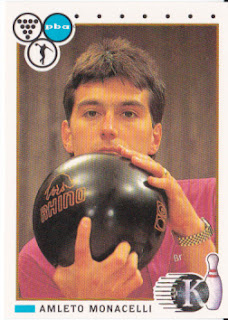 6 - Amleto Monacelli - I remember watching him on TV when I was a kid dominating PBA. He was PBA Bowler of the Year in 1989. He won 19 national tours and PBA Hall of Famer. Bowling in the senior league. 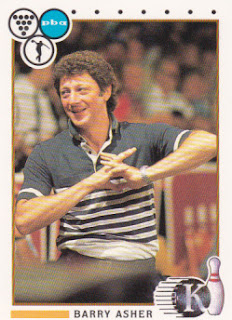 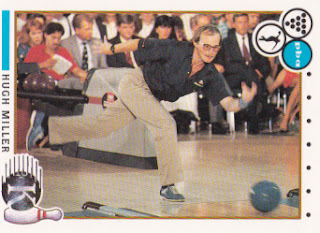 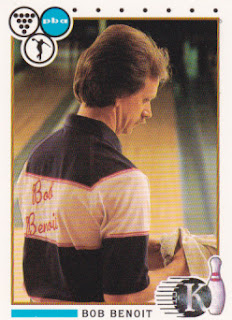 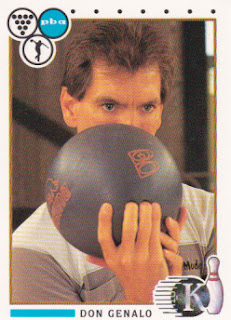 10 - Don Genalo -  6 National titles win, but known for this story. After rolling a strike in the 10th he needed 8 pins to win. He proceeded knock down 6 pins then decide to gutter his next roll thinking he couldn't win. 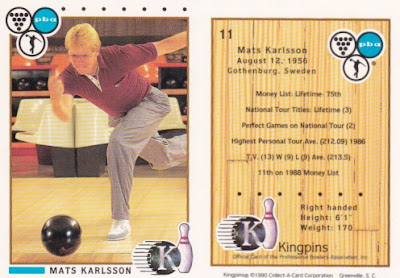 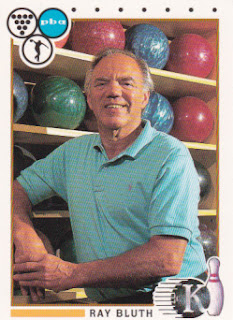 That was fun to rip

Email ThisBlogThis!Share to TwitterShare to FacebookShare to Pinterest
Labels: 1990 Kingpins

I will trade you for every one of these ridiculous cards, bro.

I've been bowling in leagues for something like 20 years, and I never knew there were bowling cards. Live and learn.

I have a complete set. I am proud of it. Yeah, why not.