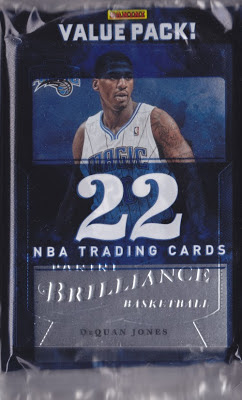 I search packs. There, I admitted it. There were a bunch of shiny new Panini basketball packs on the rack and I could clearly see that one of them had a LaMarcus Aldridge card showing on the back. I picked that pack. Feel free to shun me now.

Here's a bunch of shiny cards that I paid $6.99 for because a player on my favorite team was guaranteed to be in the pack. 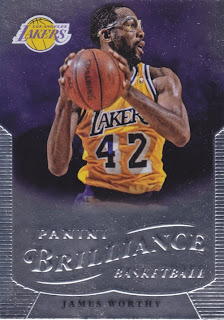 215 - James Worthy - Right now we can tell that this is going to be a set that doesn't always scan that well. And yes, it picks up fingerprints quite well. As is the usual deal with NBA sets, there is a mix of retired players and active ones. 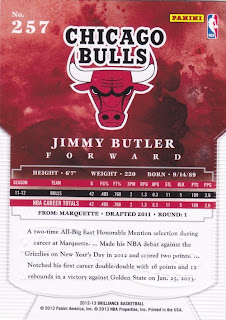 257 - Jimmy Butler - In lieu of a photo on the back, we get a massive team logo to go with the usual minimal stats in the Panini design. You can't see by the scan, but the raised type on the front of the card forms an indentation on the reverse. 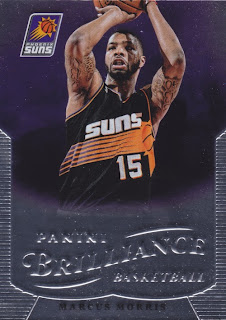 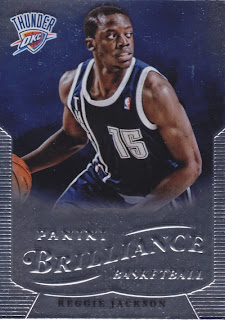 242 - Reggie Jackson - This guy doesn't have his own candy bar yet. 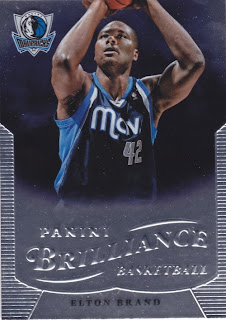 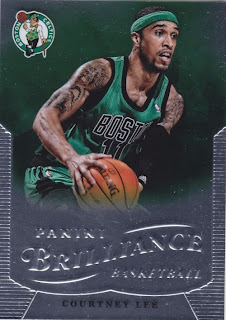 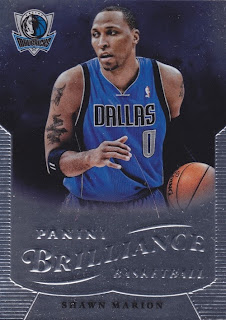 53 - Shawn Marion - "The Matrix" isn't dodging many bullets these days. 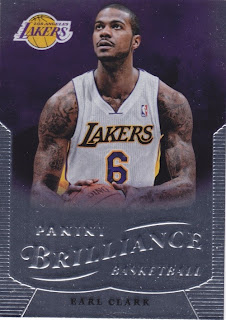 95 - Earl Clark - Clark was part of the trade that brought us the single season Dwight Howard in LA experiment. 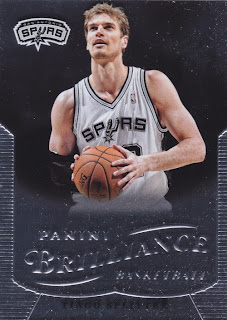 183 - Tiago Splitter - A friend of mine texted me something about Splitter the other day that got auto-corrected to "Splinter", which was great because I got to bust out a Ninja Turtles joke. 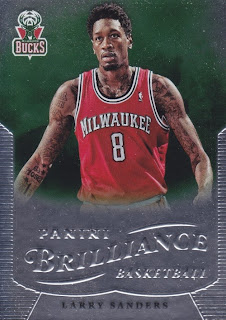 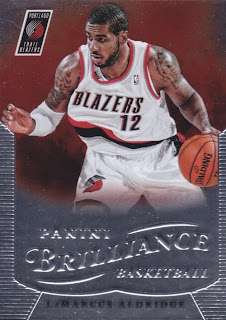 168 - LaMarcus Aldridge - Here's the card I already spoiled for you. Depending on who you listen to, it sounds like Aldridge is itchy to get out of Portland if they don't start winning soon. Can't say I blame him. 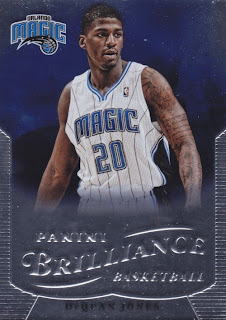 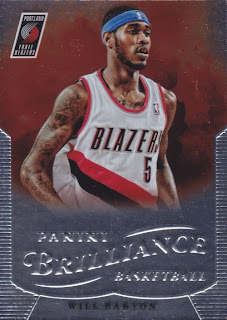 286 - Will Barton - Barton is a raw rookie. It was nice to get a second Blazers card in this pack that I paid nearly 7 dollars for. 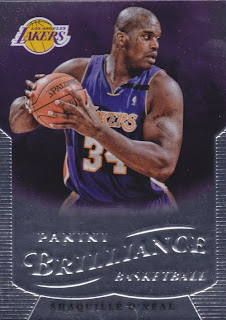 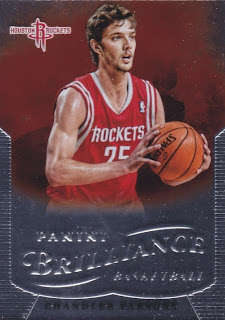 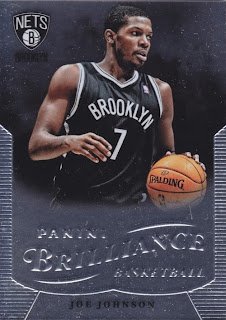 25 - Joe Johnson - The Nets are always going to look like the villains in their new Brooklyn duds, but maybe that's what they were going for. 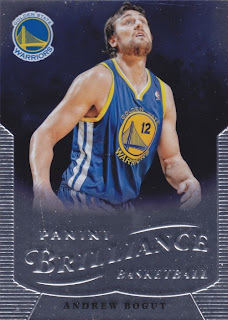 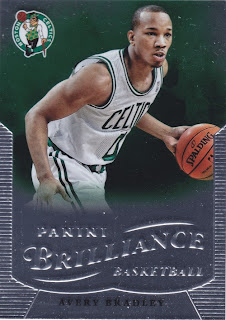 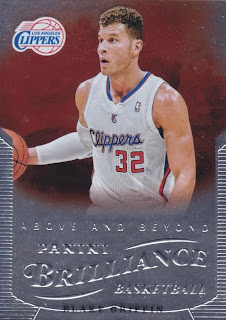 84 - Blake Griffin Above and Beyond - This is apparently a parallel. The only difference I can spot is the "Above and Beyond" type that bumps down the rest of the text so slightly that it causes the player's name to have lines going through it. Weird. 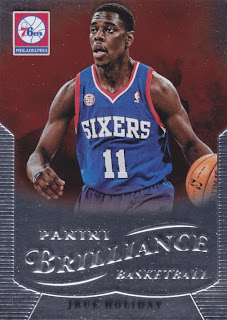 155 - Jrue Holiday - New Orleans pulled off a steal when they agreed to a trade that netted them Holiday, who was an All-Star this past season. 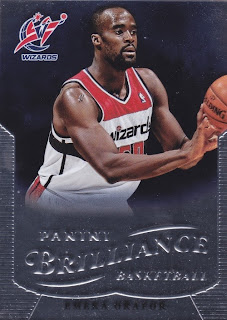 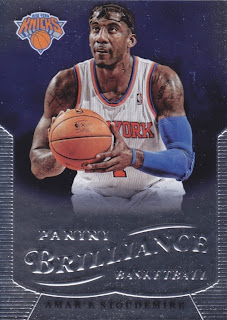 140 - Amar'e Stoudemire - What, you don't have a superfluous apostrophe in your name? I guess you'll never be a baller.

If you're looking to move them, can you put those two Celtics aside for me?