Written by Rebel Coyote at 1:07 PM 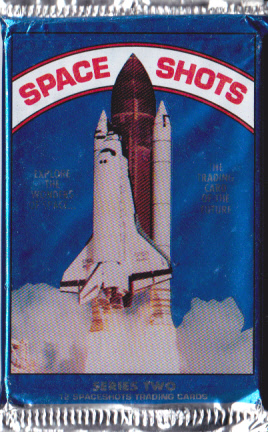 Another junk wax gem. This one is called Space Shots featuring photography space shots from NASA missions, satellites, and astronauts. According to back of the pack its 110 card set with 25% of the profits going to Astronauts Memorial Foundation. While its 12 cards per pack I got two doubles. Time to blast off with this pack. 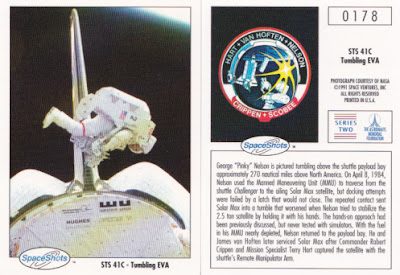 178 - STS 41AC - Tumbling EVA - back of the card has picture of astronaut patch along with info about the mission. 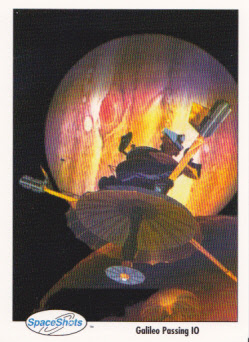 211 - Galileo Passing IO - picture of artist conception of Galileo satellite probing with one of Jupiter moons with Jupiter in the background. The mission ended in 2003 plunging into Jovian atmosphere. 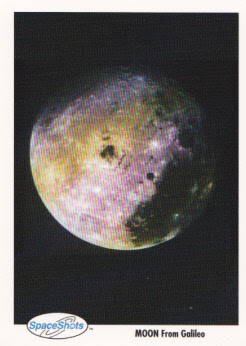 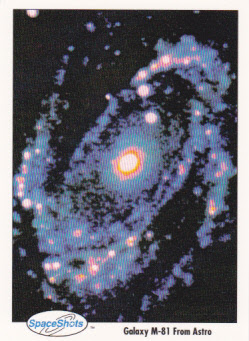 213 - Galaxy M-81 from Astro - shot of M-81 from Astro telescope. Technology at its infancy it improved through the years and decade with multiple telescopes. This what M-81 looks like from Hubble Telescope. 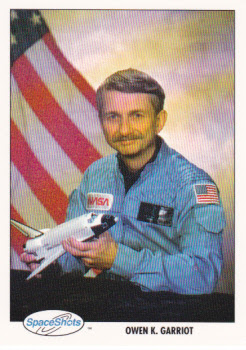 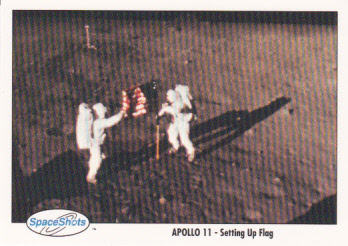 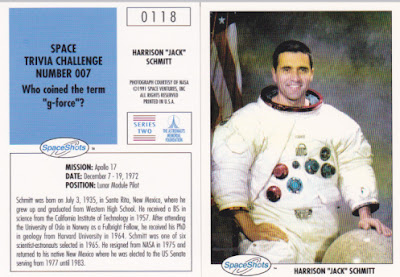 118 - Harrison "Jack" Schmitt - one of six astronaut scientists chosen in 1965. After NASA he took up politics serving US senate 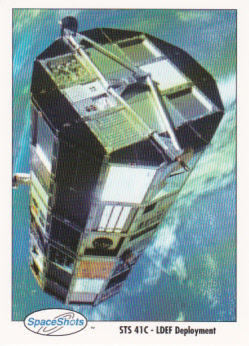 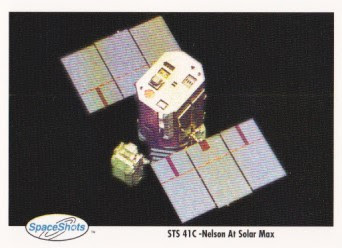 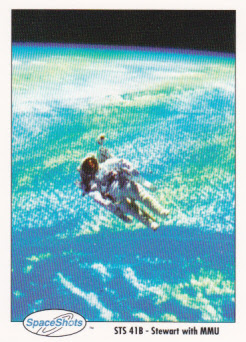 177 - STS 41B - Stewart with MMU - Astronaut Robert Stewart testing flight of Manned Maneuvering Unit. Nice shot of the earth in the background.

Now back to earth and hope you enjoy small bit of space education.

I like how they can't even be bother with using articles in the card captions. "Setting Up Flag."