I bought eight of these bad boys recently at 50 cents a pop. It's hard to beat that kind of price for any pack that could possibly contain those "hits" that the kids love so much. I've actually been a big fan of this design for awhile, so it was an easy call to make this purchase. Here's the first pack off the top of the stack. I'll probably do something at a later date with the rest of the packs over at my own blog. 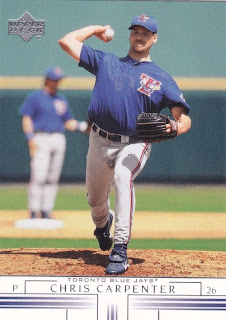 79 - Chris Carpenter - Right off the bat, here's a great card that will go into my personal collection. Carp has been struggling to return to active MLB duty while dealing with some weird physical issues, but if he never pitches another game you can still look back at what an amazing career the guy has had. 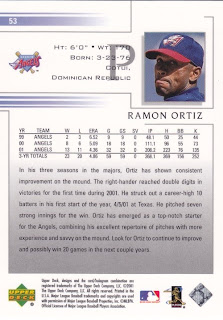 53 - Ramon Ortiz - Ortiz is still active and is pitching for the Blue Jays this season, or at least has a few times. 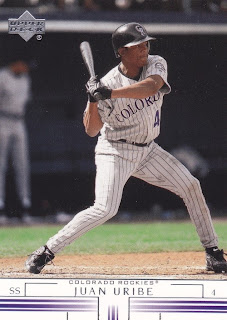 453 - Juan Uribe - Uribe is currently in his third season with the Dodgers. That's three active players in a row out of an 11 year old pack. Not bad. 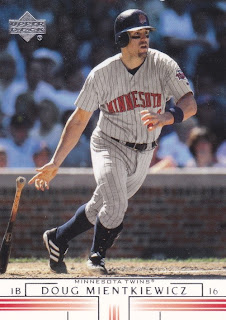 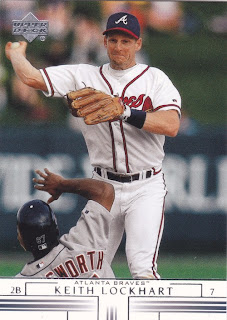 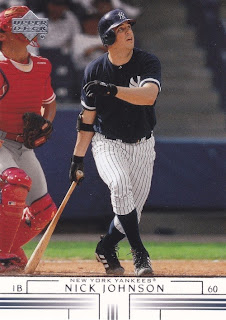 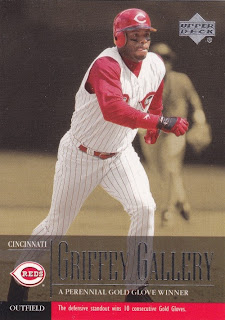 489 - Ken Griffey Jr. Griffey Gallery - There must be a massive Griffey subset in this set because I seem to get one of these in nearly every pack. 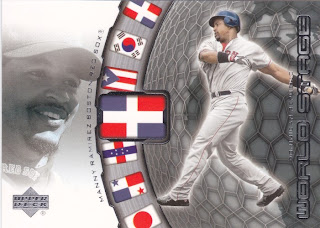 463 - Manny Ramirez World Stage - It would be really odd if Manny Ramirez made his triumphant return to the bigs right in the wake of the "MLB Finally Decides to Get Tough About PEDs" situation.