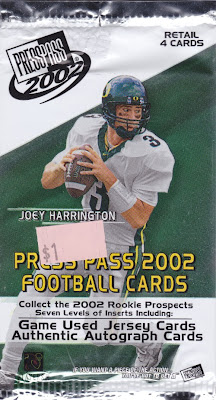 I'm not going to lie. I bought this pack because it had Joey Harrington on the wrapper. That's really the only reason. I don't buy a lot of football, and if I ever do I hold out the faintest glimmer of hope that it might have an Oregon Duck alum inside. This one had one on the outside. 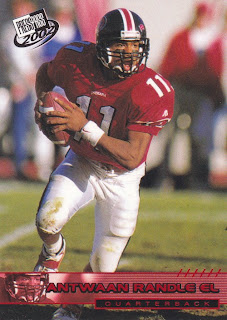 T9 - Antwaan Randle El Torquers - I'm not really sure what a Torquer. In fact, there's absolutely no reason I would know that this was a parallel card if I hadn't done a little checking to find out why this card number has a letter in front of it. Randle El was a college QB who converted to WR and had a successful NFL career, which included a Super Bowl ring earned in a game where he threw a touchdown pass. 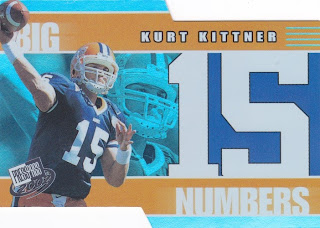 BN 5/36 - Kurt Kittner Big Numbers - I had to look up Kittner, whose only Big Numbers were earned in college. In the pros, he officially attempted 6 passes and completed 2 of them. 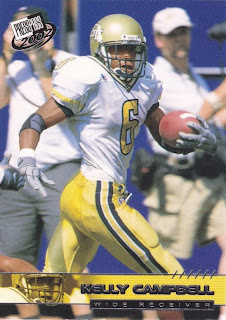 22 - Kelly Campbell - Here's one of just two regular base cards in the pack. Campbell was a wideout who played a little bit with the Vikings. 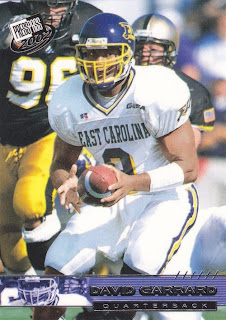 4 - David Garrard - Garrard was still active in the league until recently. He signed with the Jets this spring, but injuries have forced his retirement. He spent most of his playing career in relative obscurity with the Jaguars and was a starter as recently as 2010.