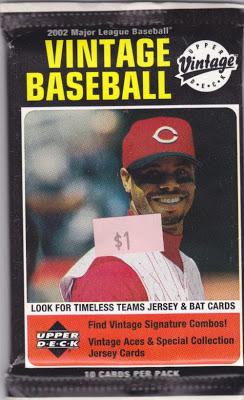 Before Upper Deck was scamming and counterfeiting their way towards losing most of their major sports licenses, the Brand That Griffey Built was aping another company famously beloved set. Fortunately, you could do a lot worse than paying tribute to the 1971 Topps design. 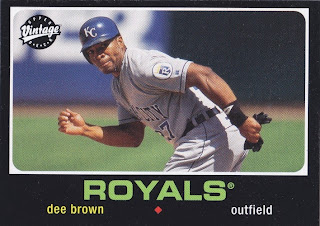 82 - Dee Brown - Not the guy who Reebok Pumped his way to dunk contest fame, nor the similarly named pro hoopster of more recent years. This guy played for the Royals. Ho hum. 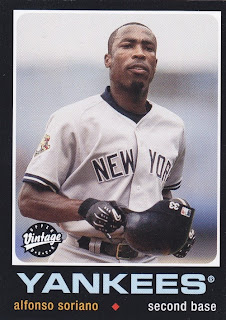 118 - Alfonso Soriano - It's been a long time since Soriano was a Yankees infielder, hasn't it? 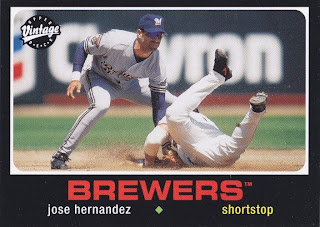 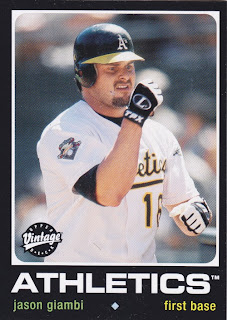 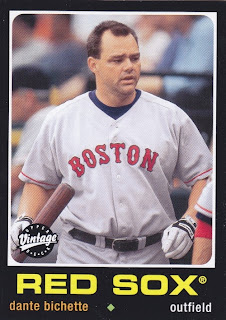 74 - Dante Bichette - This serves as a final tribute to Bichette of sorts, as he did not play after 2001. I didn't know he ever played with Boston. 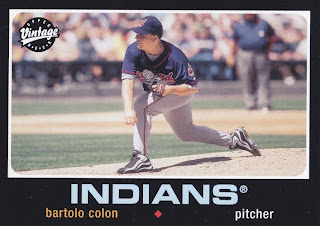 38 - Bartolo Colon - Colon has been extremely good since he grew that robot arm out of GMOs and plutonium. 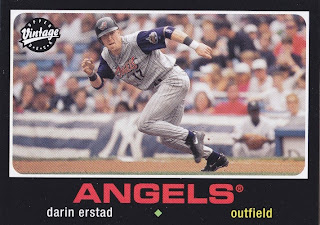 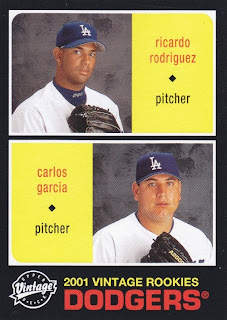 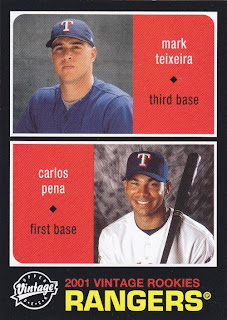 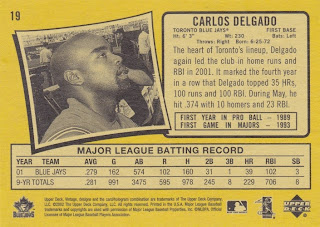 19 - Carlos Delgado - Here's what the backs of the cards look like. Upper Deck kinda sorta found a way to make this design their own.

Actually, no they didn't. Topps used green for the backs and the Canadian OPC used that color yellow for the backs.