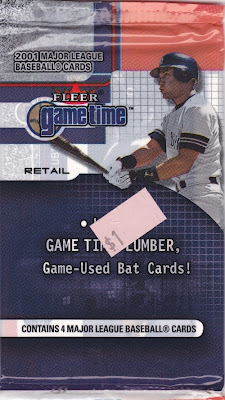 This is one in a long line of 90 card baseball sets from the 2000s that no one really remembered a year or two after it came out. At least, that's what I've pegged it as. Yet, with the dearth of variety in today's products, each little effort from brands like Fleer and Pacific strike me as really novel and fun right here and now. Plus, it was a dollar. 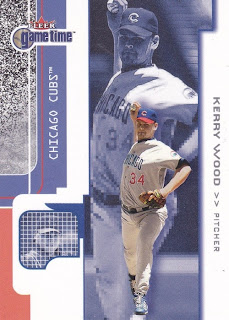 17 - Kerry Wood - It's a really busy card design, but it's got a mostly matte finish which is something I like. 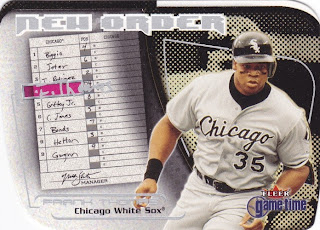 13 of 15 - Frank Thomas New Order - This has a 1:20 insert ratio, so the odds were with me today. Plus, you can do a lot worse than Frank Thomas. It could have been Richard Hidalgo or something. 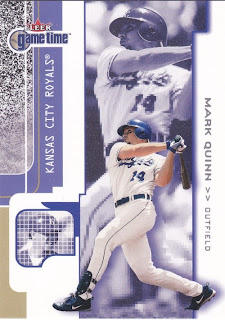 72 - Mark Quinn - Quinn was one of the top rookies, not that I have any recollection of him, but he disappeared not long after he arrived. 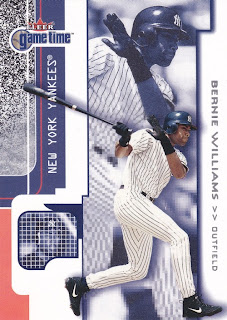 89 - Bernie Williams - I've always been a big Bernie Williams fan. I guess it's because he was the first link to the bad old Yankees days (his rookie cards came out in 1990!) to taste World Series success. Poor Don Mattingly retired a year too soon. 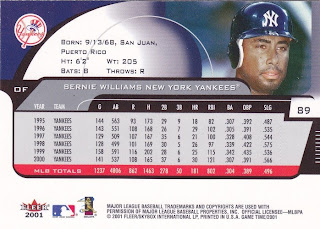 Here's a look at the back of the card, with a different player photo. 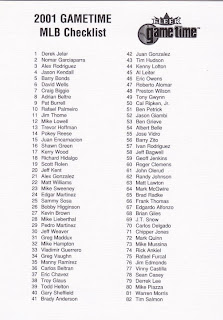 Each pack contains a checklist for some reason.

When I was organizing my Griffeys lately I noticed that I have seven of these. Seven. I didn't remember having one.