Written by Rebel Coyote at 6:46 PM 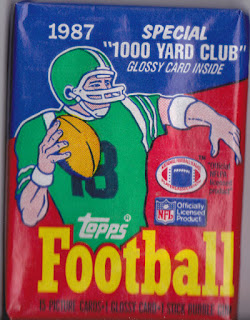 NFL playoffs coming up and let's go back to 30 years ago with this pack. Comes with 15 cards and stick of gum. Let's rip.... 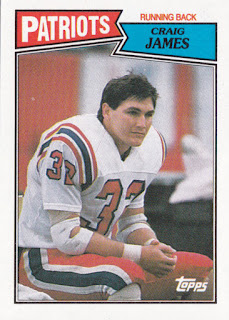 98 - Craig James - ugh this guy. He worked for ESPN after his career ended. Have hand in Texas Tech firing Mike Leach which will bite him later on. Ran for Texas Senate and lost. Reportedly the voters in panhandle of Texas majorl voted against him as they never forgot about him on getting Leach fired. Worked for FOX Sports only to get fired. 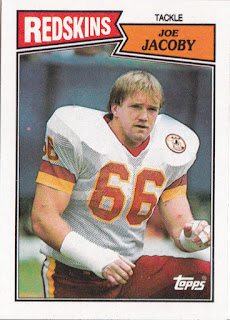 72 - Joe Jacoby - one of top All-Pro tackle in the league. Should been elected in Hall of Fame already. 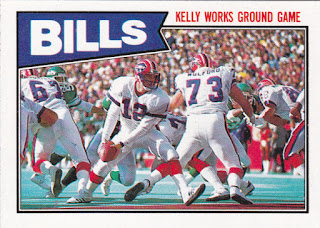 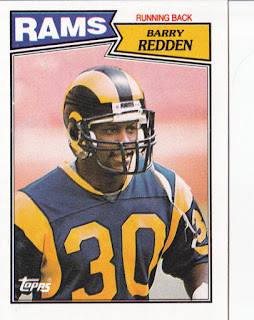 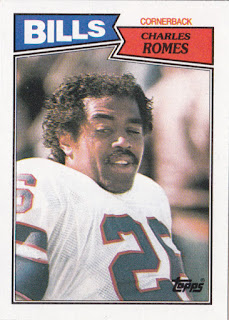 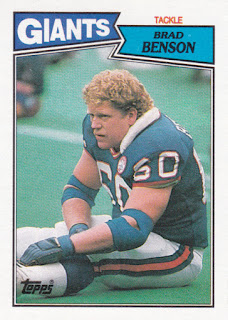 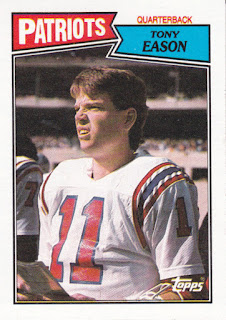 97 - Tony Eason - Patriots starting QB who led them to Super Bowl 20 only get destroyed by Chicago Bears. Eason got pulled without completing a single pass in the Super Bowl. 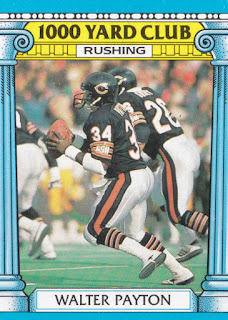 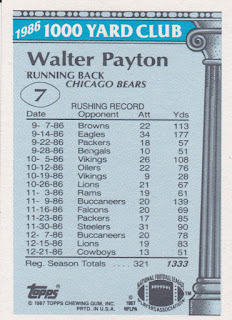 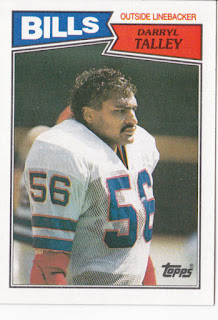 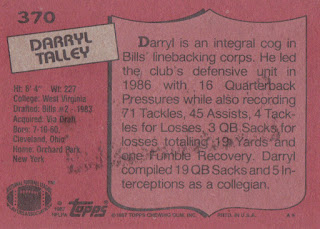 370 - Darryl Talley - that's the gum stain on back of the card after being stuck there for 30 years. 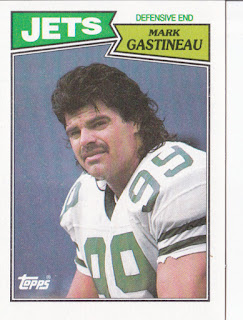 135 - Mark Gastineau - Whoo! A Jet and a legend as well. Part of New York Sack Exchange. Should have been enshrined in Canton right now. 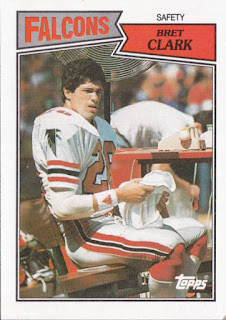 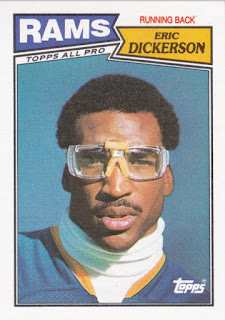 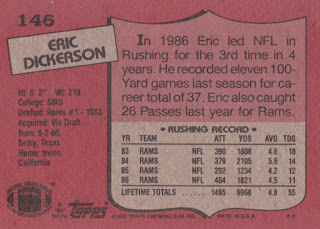 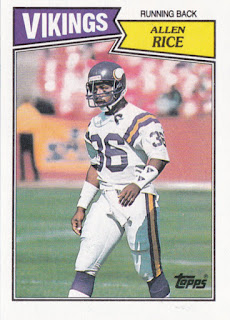 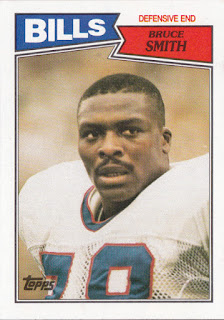 369 - Bruce Smith - third Hall of Famer in this pack. One of best defensive player in the league. That's third player (counting team card with Jim Kelly) who would become part of their Super Bowl teams. Maybe all I need is Kent Hull and Shane Conlon to complete it. 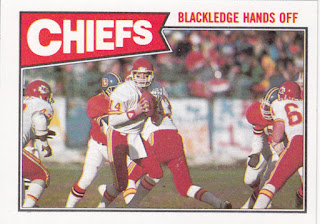 180 - Kansas City Chiefs - featuring QB Todd Blackledge who end up as NFL draft bust. Chiefs went 10-6 with trip to playoffs losing to NY Jets in the first round. Blackledge started 8 games that year only get benched during middle of the season.

That's fun pack to rip with three Hall of Famers (four counting Jim Kelly on Bills cards) and two-would be ones. My final piece to show is the 30 year old stick of gum.

Not a bad pack. Eric Dickerson was one of my faves as a kid. Brad Benson owns a car dealership near me. I hear his commercials on ESPN radio once in a while.

Fun pack. I have a few of these, including an LT and a signed Herschel Walker.

Thanks for the stroll down memory lane. The first football cards I ever had were 1987 Topps and I even remember the toy store I bought them from.

That was a great pack! I opened plenty of those packs in my day!!

Not the best looking cards but a pretty nice pull. Dickerson, the Bills (Kelly), Gastineau; Payton and a Buc in the Creamsicle unis! Fun.