Written by Rebel Coyote at 8:23 PM 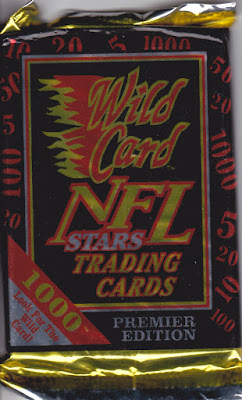 How about the weekend's playoff games? Anyway Wild Card enter the football card market in 1991 with this 160 card set. The set contain Wild Card parallel ranging from 5 to 1000 stripe. The Wild Cards can be redeemed for the equal number of cards of the player.  Here's the pack 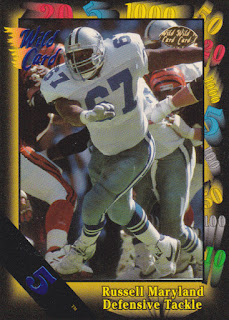 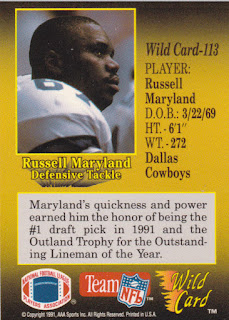 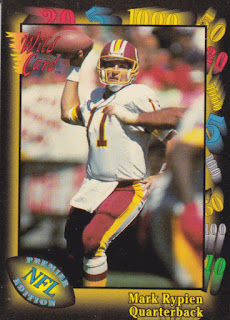 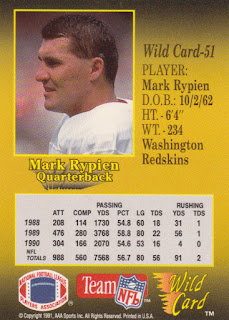 51 - Mark Rypien - got a crazy border featuring Wild Card numbers with no team logo anywhere on the card, front and back. Redskins starting QB at the time as he lead them Super Bowl victory over the Bills. 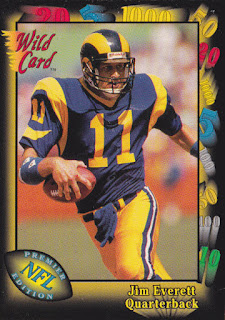 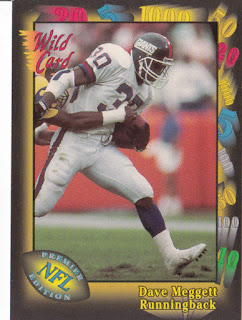 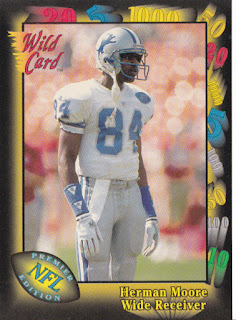 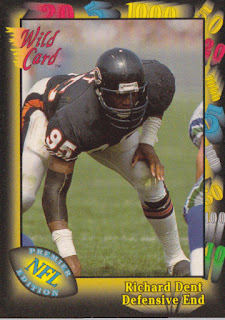 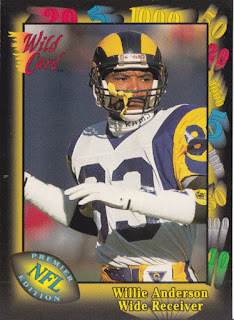 150 - Willie Anderson - his nickname was Flipper 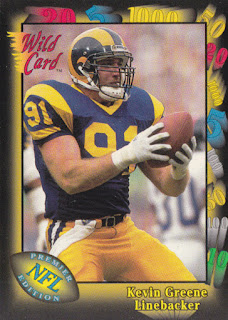 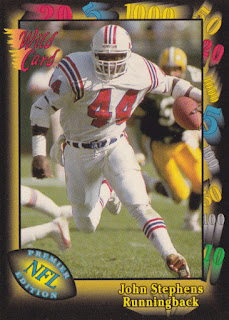 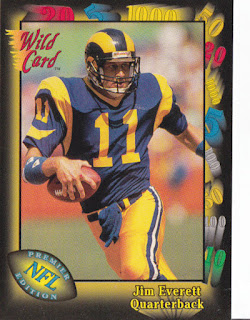 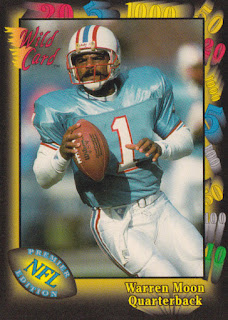 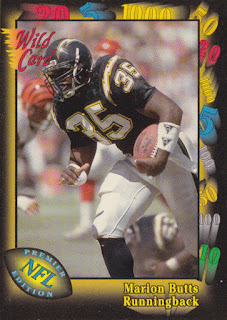 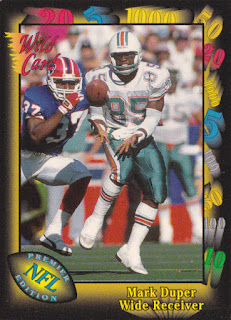 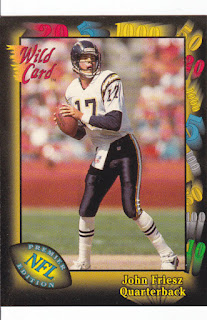 92 - John Friesz - a card for QB who just played 1 game in 1990 season. He was starter for following season before relegating to bench duty during 1993 season.

I didn’t understand the stripe aspect as a kid, but I loved the card design. Only had a couple of cards though.

Pretty good pull and I always liked the Wild Card brand cards. Too bad you pulled a dupe Chri...sorry Jim Everett card. I always liked him for some reason. Fun cards and pack. Thanks.