The 2001-02 set features a 453 card set, has surprisingly No inserts, but it did have a Gold parallel seeded one in every other pack. Spoiler alert: I did not get a gold in my pack. 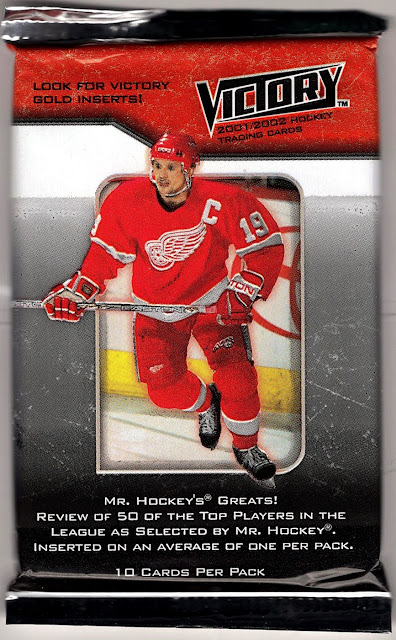 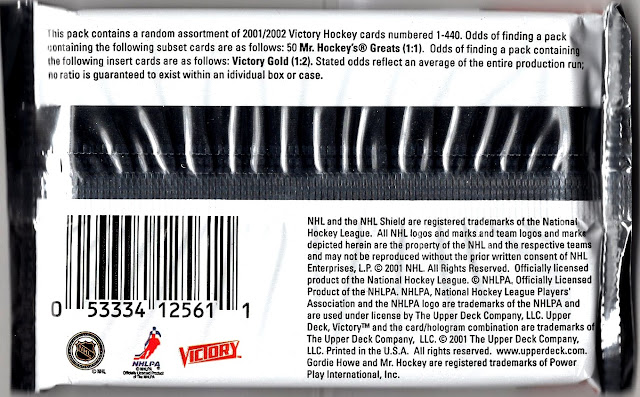 I did get 10 of the promised base cards, which is just fine with me!
#227 Kenny Johnsson 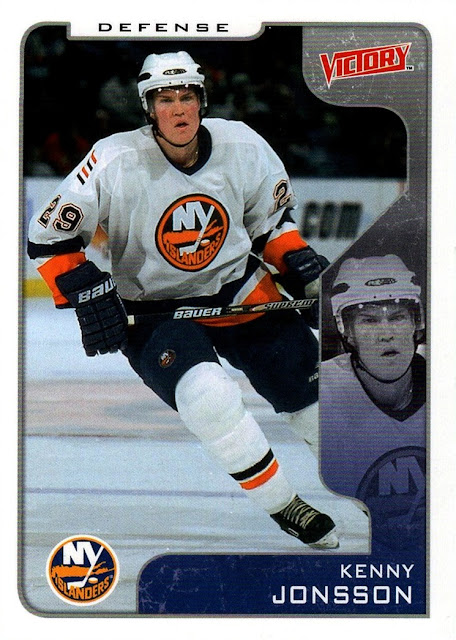 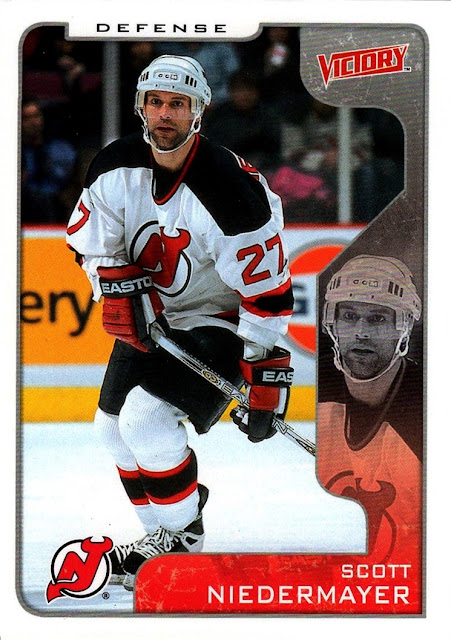 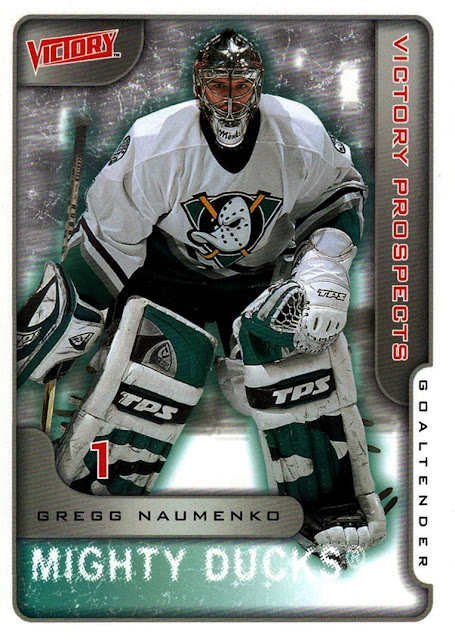 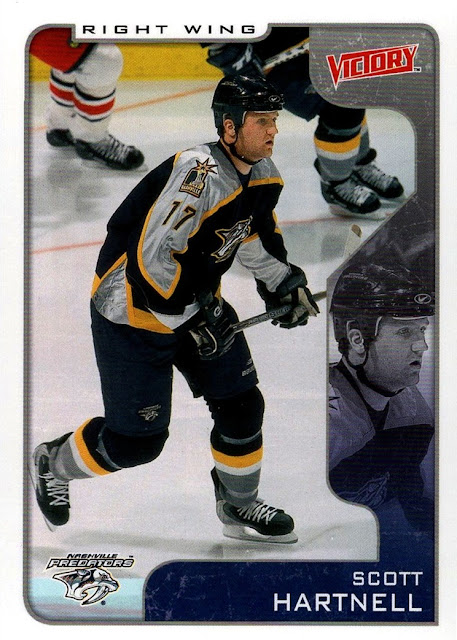 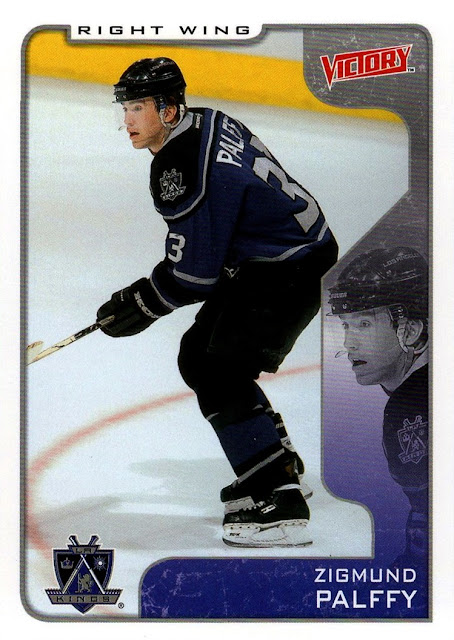 #124 Nicklas Lidstrom. As you can see my scanner did not like these cards for some reason, and it really hated the red. Those horizontal lines you see are NOT present on the actual card. So now would be a good time to show the card back. 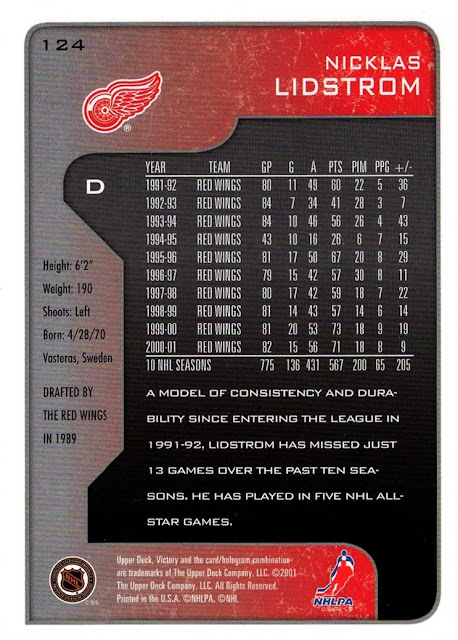 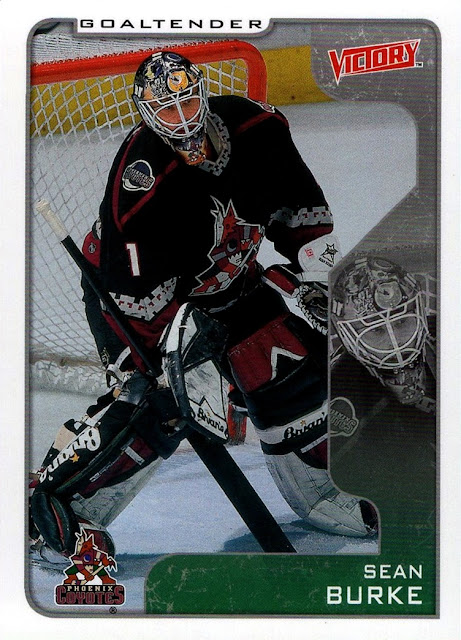 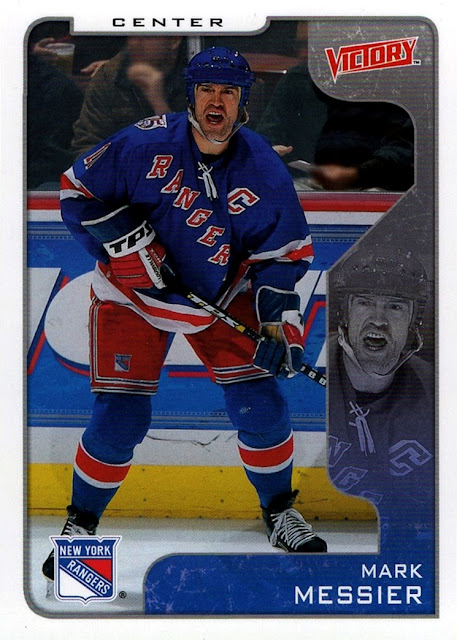 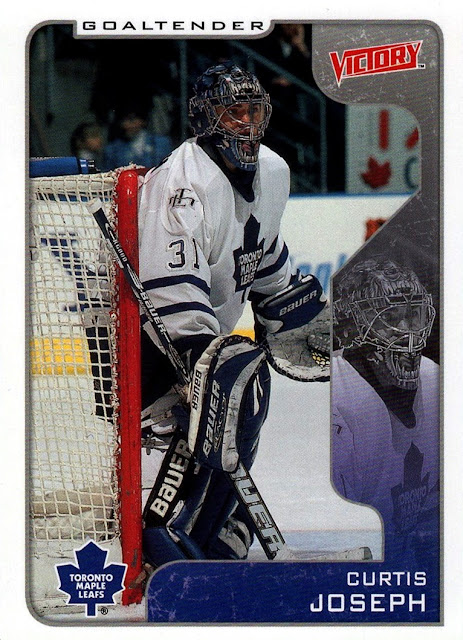 #428 Ed Jovanovski Mr. Hockey's Greats subset. Unusually, the pack gives odds on these as if they are an insert, but they aren't. The odds, as shown above, are one per pack. The back of this subset is partially written by Gordie Howe. 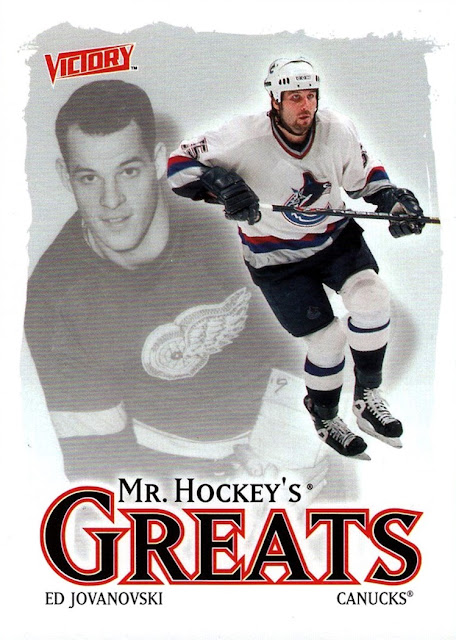 Overall, not a bad design. The second, black and white version of the main photo on the front is somewhat unnecessary, but it isn't a deal breaker on determining if I like the cards or not. I do. Unfortunately the shop I got it from had only this one pack- I got the last one, apparently. I got the pack and wrote the post a year ago, when I got into hockey...I am just finally getting it posted today. Took me long enough!

You can follow my own cardboard adventures on Cardboard History. Lots of hockey and basketball, and pretty much everything else you can imagine shows up at some point or another.

Not a bad design.

Upper Deck continues to use the Victory brand with a set of short printed rookie card inserts inside packs of National Hockey Card Day.