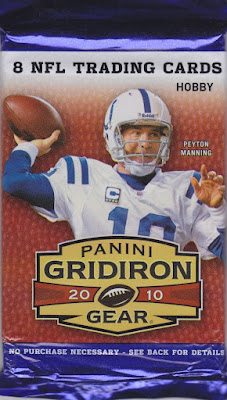 The NFL playoffs are here, and there's a borderline unwatchable Wild Card game going on right now between two teams that are never in the playoffs, the Bills and the Jaguars. Here's a pack of football stuff I got at a card show for a buck to distract from the ugliness. 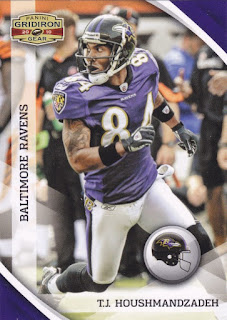 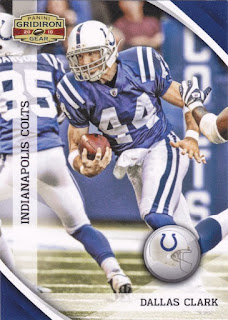 61 - Dallas Clark - I now realize that I am going to recognize a lot more players in a nearly 8 year old pack of football cards than I would with anything from the current season. 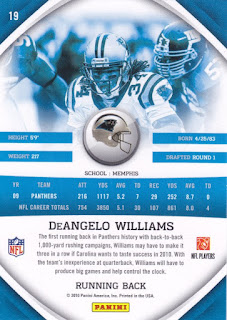 19 - DeAngelo Williams - Williams was coming off back to back 1000 yard seasons and had former Oregon star Jonathan Stewart backing him up for much of his career. 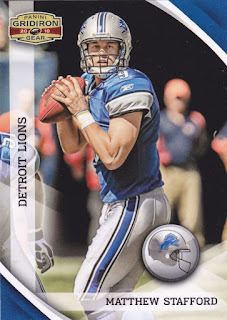 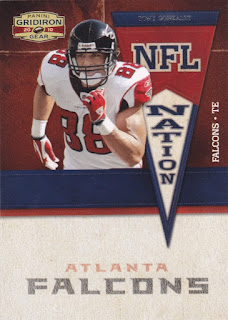 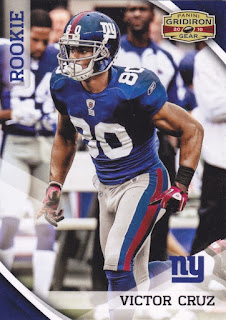 250 - Victor Cruz - Here's a rookie card from before Cruz's endzone dances were made famous. Is a Victor Cruz rookie card worth anything these days? COMC appears to be down at the moment, or else I would check. 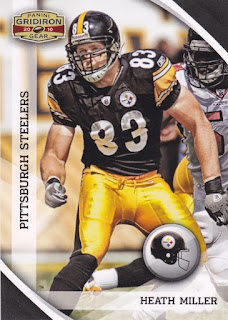 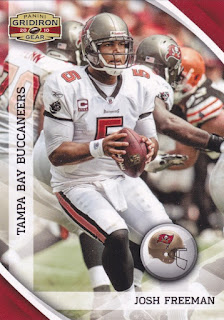 139 - Josh Freeman - Freeman hasn't appeared in an NFL game since 2015, so you'd have to assume that he's done. He spent the better part of four seasons as Tampa Bay's starting QB.

My first time seeing those. I like them. Nice photos and I'm ok with the busy design. Good stuff.