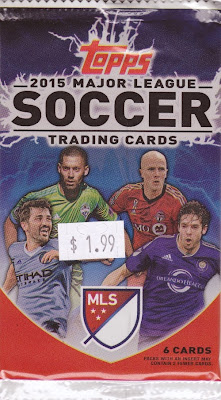 Here's the latest installment of MLS trading cards, to which Topps has held the license for the past few years. This set debuts the new MLS logo and a design that's fairly busy, though nothing like any of the big 4 North American pro sports. 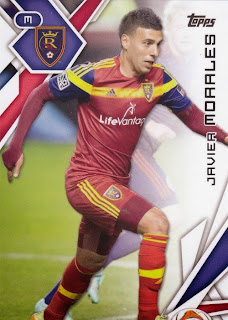 44 - Javier Morales - With the dissolution of Chivas USA, the MLS was left with one less terribly-named team in an attempt to identify with more globally popular soccer clubs. Unfortunately, the Real Salt Lake name still exists. 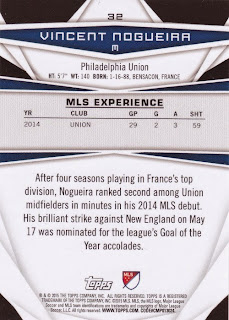 32 - Vincent Nogueira - Soccer doesn't exactly foster a ton of statkeeping, but here's an area where Topps just doesn't look like Topps. These could easily pass for boring lifeless Panini card backs. (Not blaming Topps here, but there has to be a better abbreviation than "SHT" for shots!) Also, the font Topps chose makes the 'R' in Nogueira's name virtually indistinguishable from the 'A'. 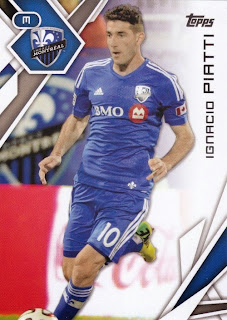 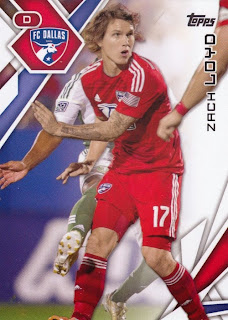 25 - Zach Loyd - People like to complain about soccer. Specifically, people like to complain about the lack of action in the game, when they really mean scoring. I don't think Topps does a great job of depicting action in the game when they crop all of these photos so closely, keeping nothing in the frame but the player and whatever awkward face they are making at the time. 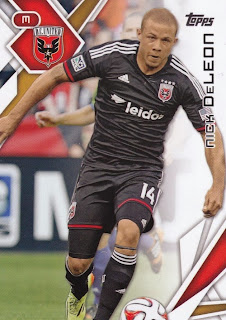 111 - Clint Irwin - Even though I watch a fair amount of MLS (okay, Timbers) games, it's funny that a keeper is the only player whose name I recognize in this pack.

As with pretty much everything I post here, these are all up for grabs if anyone is interested.