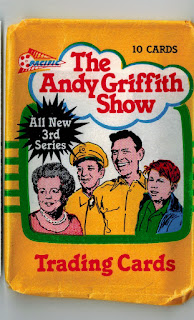 The Andy Griffith Show was a great show for so many reasons. Comedy, shenanigans, problems, and sometimes even a little law enforcement.
This set of cards came out in 1991, a good 23 years after The Andy Griffith show went off the air. 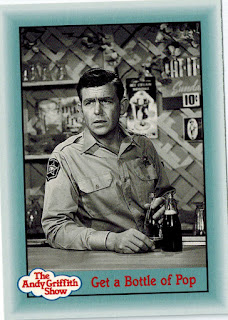 Here is Sheriff Andy Taylor serving himself at Wally's. 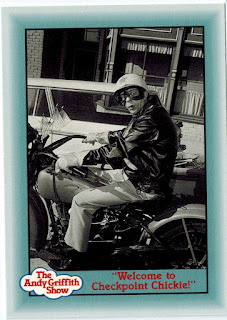 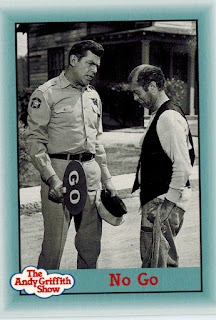 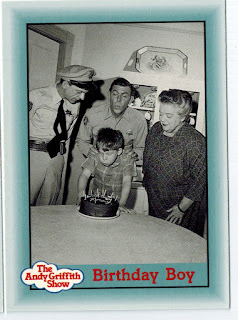 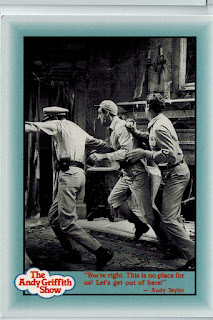 Andy, Barney, and Gomer are making a run for it in the haunted house. 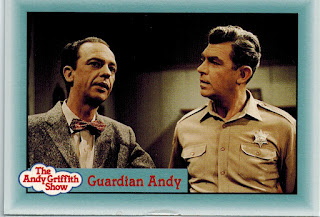 I don't have any idea what is going on in this picture. 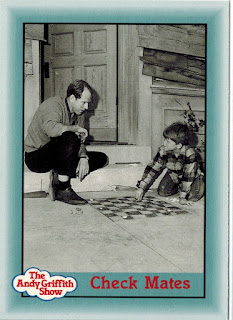 Here is a rare, behind the scene shots of Ron Howard and his (Actual) father playing checkers on set. 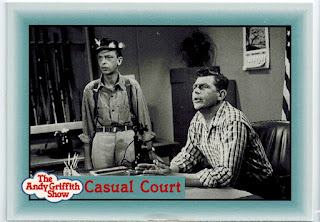 Barney and Andy before a fishing trip. 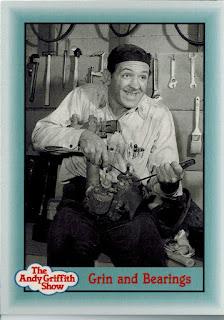 Goober, up to his trousers in motor oil. 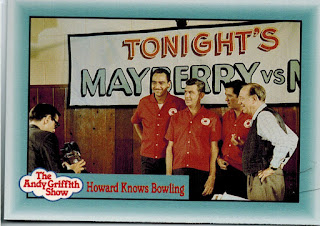 And finally, Howard and the crew celebrating a bowling victory.

A show that still holds up after 50 years. I have all three sets. If you watch Cubs broadcasts you might hear an Andy Griffith reference from Jim Deshaies.

You are right... I was born in 88 and it always resonated with me as a kid.

It's slightly related, and unfortunately I cannot find video of it, but I always loved when Paciorek would break out his Mr. Haney impression during broadcasts: