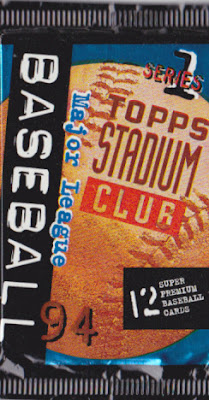 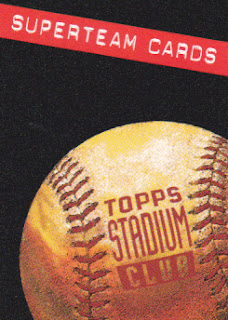 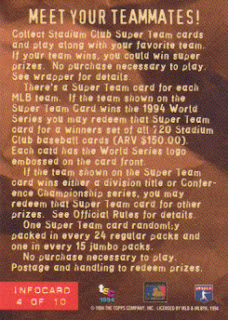 Info card. Notice its labeled 4 of 10? Now have 10 of those useless things. This one mention about Superteam redemption cards contest. Since World Series was cancelled no one won. Looks like its where Upper Deck came up with "Crash the Game" redemption cards for following year. 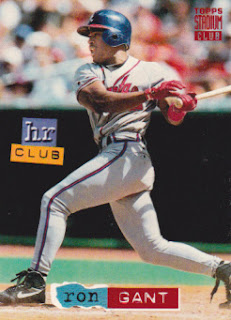 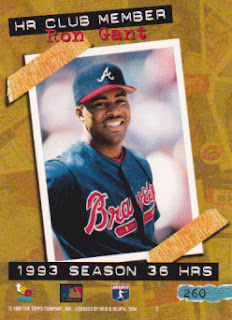 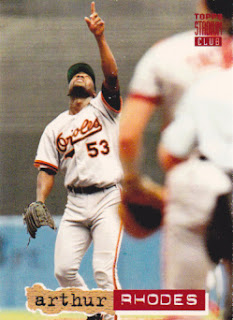 129 - Arthur Rhodes - had unpleasant autograph signing back in 2005 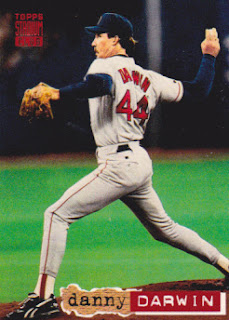 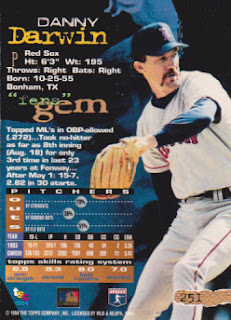 251 - Danny Darwin - back of card featuring pre-sabrematrics stats. Pitchers has how did they get the batter out by percentage. Topps included their own skill ratings as well tossing in descriptive words on their play. 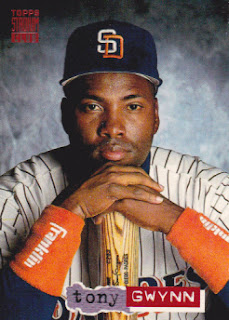 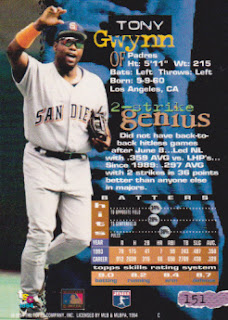 151 - Tony Gwynn - good shot of the late Tony Gwynn. Topps nailed it with genius when it comes to batting. His percentage stats feature what kind of hits he made of the season. 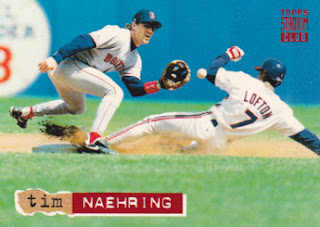 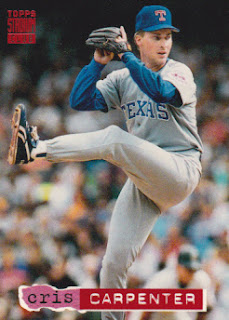 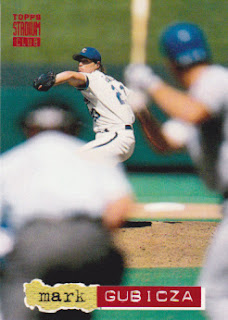 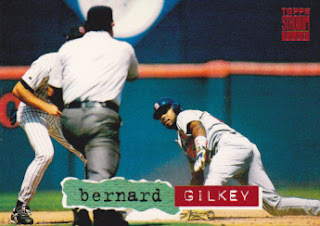 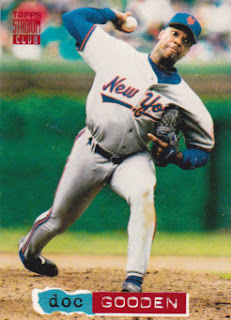 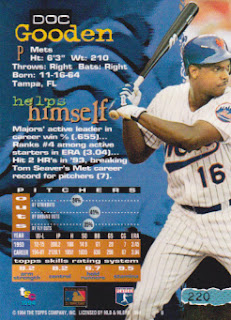 220 - Doc Gooden - pitching on front of card; batting stance on back of his card 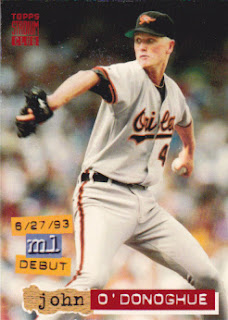 86 - John O'Donoghue - TSC mentioned when he made his MLB debut 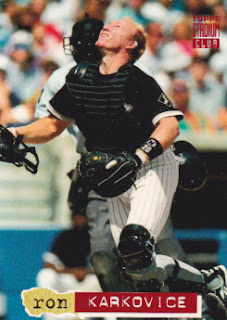 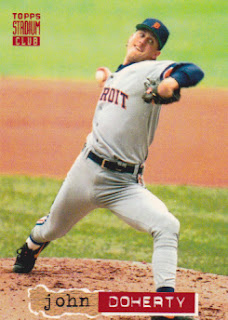 
Still good use of photography on cards but the names design can be eyesore.

I LOVE '94 TSC. I don't frequent card shops very often, since there's not really any around here, but whenever I stumble upon one, I snag a pack of '94 TSC if they have it. That Gwynn is one of my all time favorite Gwynn's, and I like the Gilkey, which was photographed at the old Jack Murphy Stadium.

That was a Dymo label maker. I can't stand this set due to the way the name of the players were presented.

This is SO mid-1990s that I half expect Keith Olbermann to come out in leather jacket and voice-over motocross highlights.