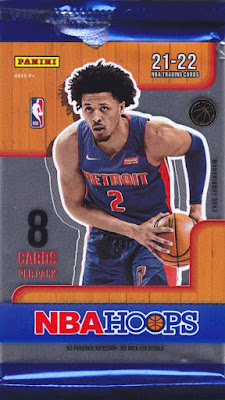 With a wrapper that's virtually indistinguishable from its counterpart, the NBA Hoops Winter edition is essentially the same set as your usual Hoops, with a few design variances. I think this is only available in retail (Blaster) configuration. If you strike at the right time, you can usually find these online early in basketball card season, whenever that is.  Let's check out one of the blaster packs. 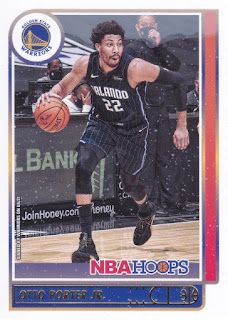 68 - Otto Porter Jr. - These look just like the regular Hoops cards, and are often mistaken as such in trades. The key differences are the "snowy" background (the top of the card must be the snow cloud (?), which adds a spooky layer to the masked coach standing in the background of this one) and the gold foil printing (instead of silver). 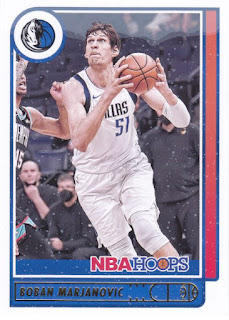 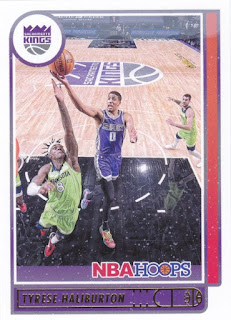 108 - Tyrese Haliburton - I always like photos that use this angle on basketball cards. You don't see that nearly enough on Panini's basketball products. There's so much action in the game and so little of it captured on cards. 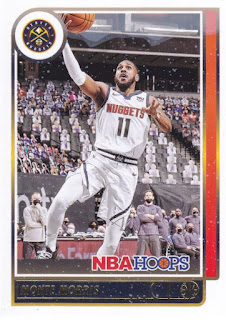 51 - Monte Morris - If you're a collector of cards with cardboard cutouts in the background, then this is the card for you. People have all sorts of interesting collections! 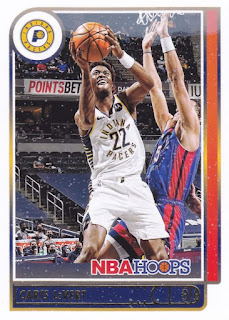 163 - Caris LeVert - Here's some action! Even the bottom of the net makes an apperance. 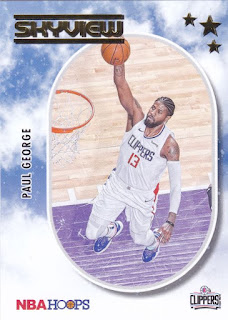 7 - Paul George Skyview - The inserts also get the Winter treatment. It's a bit tougher to see the snow in the background of these, but the gold foil is a dead giveaway. 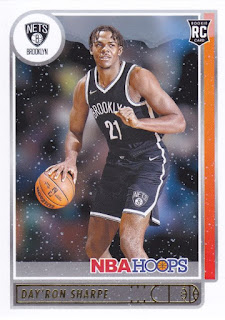 215 - Day'Ron Sharpe - Each blaster yielded two rookie cards, as opposed to the single rookie card in each pack from the regular Hoops product. I don't know why this is or if the rookies are actually double-printed in the Winter set, but I wasn't complaining. 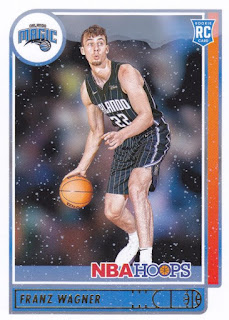 235 - Franz Wagner - The snow definitely adds an additional layer of cheesiness to the already cheesy Photo Day shots on these rookie cards.