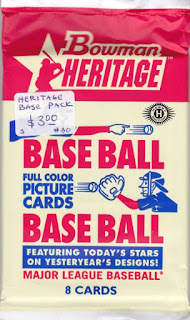 I found 11 of these puppies at a card show last month for only $1 each and it reminded that I was planning on collecting the set someday. I guess I'm starting that someday now. 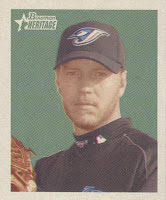 90 - Roy Halladay Mini - Each pack contains a mini. You could do a lot worse than Roy Halladay, especially in a set that's about to turn seven years old. 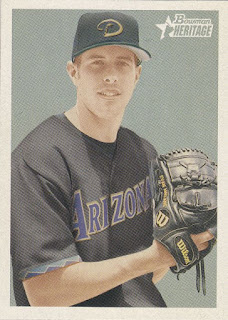 BHP67 - Evan MacLane - MacLane pitched 1 major league inning over two appearances during desperate times in St. Louis a couple of years ago. Like other Bowman sets, there are prospects in every pack that comprise an additional "side set" to put together. Unlike the following year's set, the front design is indistinguishable from the regular base cards. 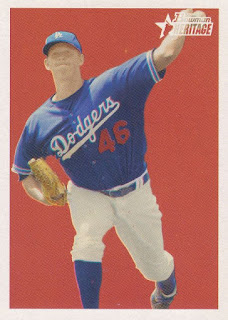 BHP85 - Clayton Kershaw - Kershaw is one of the best prospects you can pull in a set that also includes Justin Upton and Evan Longoria. 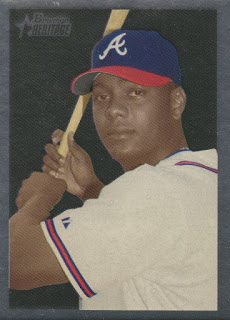 55 - Edgar Renteria Foil - Thick foil cards come one per pack and are really not that great looking. The previous set had a cool woody look to it while the final Bowman Heritage entry (2007) at least added a refractor-ish look to the foil design. 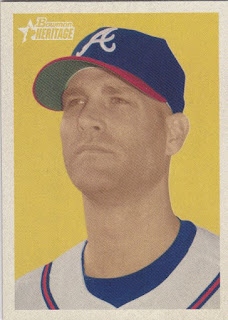 88 - Tim Hudson - By the time you get to the regular base cards, the pack is already half over. 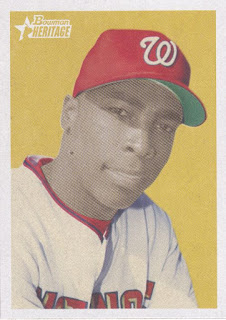 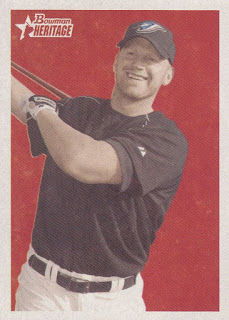 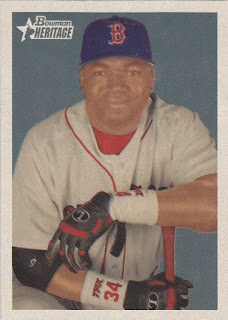 175 - David Ortiz - Well, at 300 cards with 50 short prints, this won't be the easiest set in the world to put together. At least there are no variations to speak of.

I really love this set, but just starting out collecting (again, after a 20+ year break), I don't have any Padres yet.

Man, what a great looking set!