Written by JediJeff at 1:11 PM
Last weekend was Upper Deck's hockey pack giveaway in the states. You know I had to hustle over and get my pack. So let's enjoy the cards and look forward to another Blackhawks win tonight against the Blue Jackets. 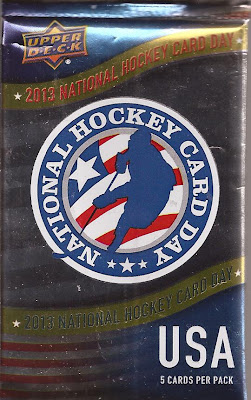 A very foil-y pack that's hard to read. Trust me - it's all sqiggley lines. You get five cards in a pack for a 15 card set. 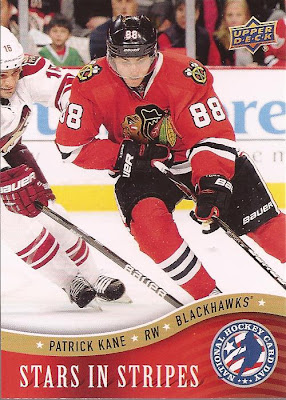 Could you ask for a pack to start any better than this? The border on the bottom is a little too large in my book, but overall the design is not that bad. 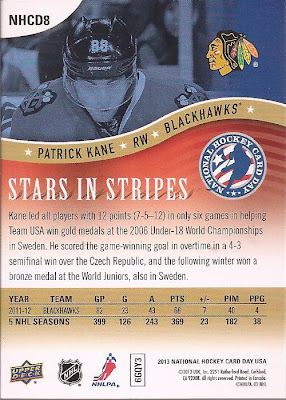 Card back shows a muted view of the image on the front. You get a one line stat and a little career blurb for the player. The rest of my pack. 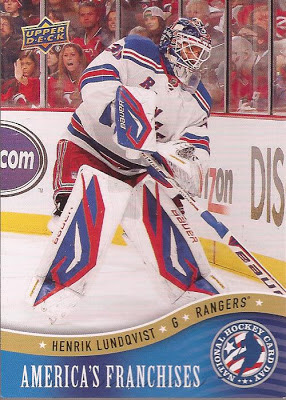 Great goalie having a really bad year in the Big Apple. 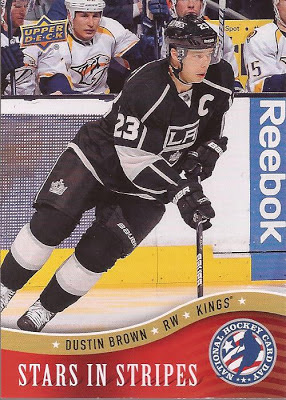 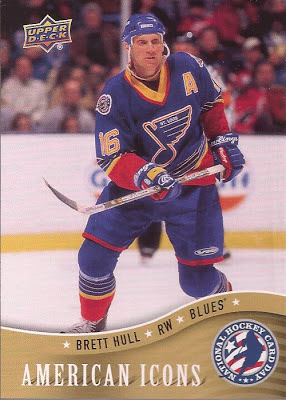 The Golden Brett in the ugly as hell Blues jerseys. Man, those things were dreadful. And to think the Great One ever wore that monstrosity. 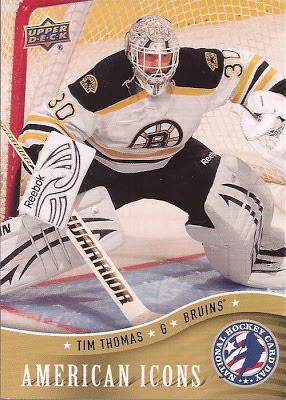 Really bad end to the pack. To even put this jerk in the set is a joke. There are better American icons than a guy that had one good season and was a flopping crybaby the rest of his career. 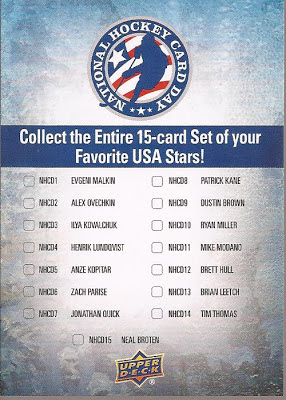 Each pack had a checklist. I find it funny the title reads "...your favorite USA stars" and the first 5 of the set are foreign born. Being that I pulled the Lundqvist and the card read "America's Franchises", I am guessing the other 4 had the same card type.

There is a bonus card #16 that you could get. Separate from the pack and I assume a limited quantity that could be handed out. Since I hit my LCS 5 min after they opened, I made sure to score one. 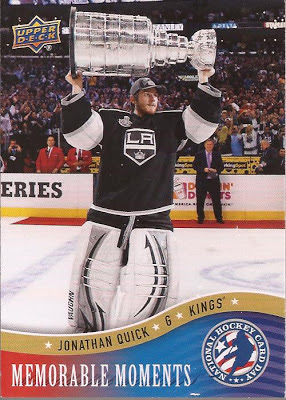 One good season? You are obviously retarded. Enjoy your Hawks before the burn out obviously headed your way. Putz.