Written by JediJeff at 7:07 PM
Let's keep the hockey and the Blackhawks win streak going with a another pack of hockey to share. This time, we are going to rip a pack of 12-13 UD Artifacts. Picked this pack up from Target the other day. 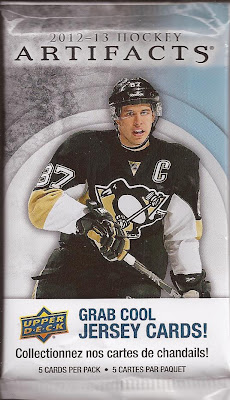 Holy cow - they put someone different on the pack!!!! Sorry, I should have turned on the sarcasm filter first. Note to Upper Deck: Sid the Kid is not the only player in the league. Try watching the sport once in a while. Five cards in the pack. And let me say up front - I had a bonus card in my pack. 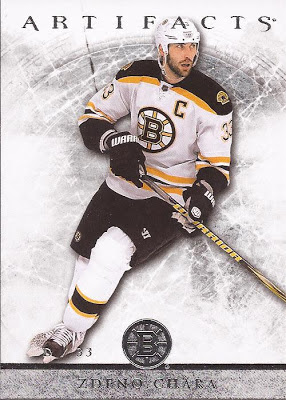 The card design is changed from last year, but still in the same style. Not liking the name in the foil at the bottom. Card companies need to knock that crap out. 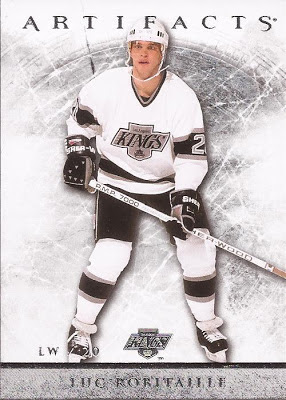 Set contains both active and stars from the past. 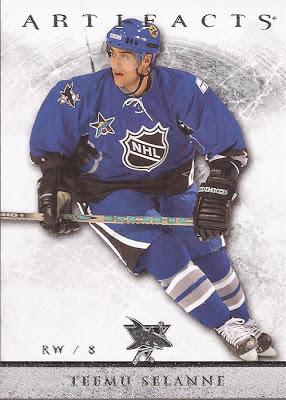 Some of the stars are shown not in their team sweaters, but the All Star sweaters. 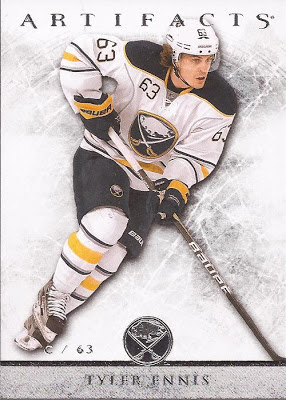 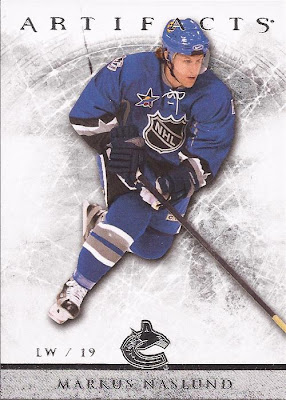 Too bad I didn't get the other conference to show you, but that is life. The backs, you ask? 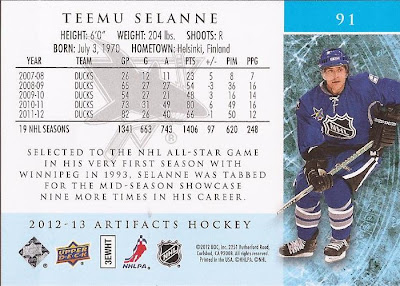 It's a different photo than the front, but just 5 years of stats and the totals.

So there ya go.

Yeah - I am messing with you. I forgot to post card #6 I pulled. Technically, it was card 4 in the order of the pack, but we're going to post it last. 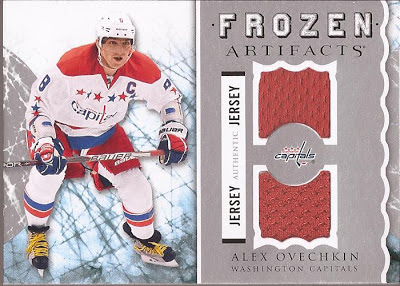 BAM!!!! Ovech. I like the fact it's their throwbacks on the card. Not sure if the swatches are from a throwback, as they do have a main jersey in red. Still, it didn't impact on the surface (Star Wars reference FTW).

No Thrashers in there? Oh wait, nevermind.....