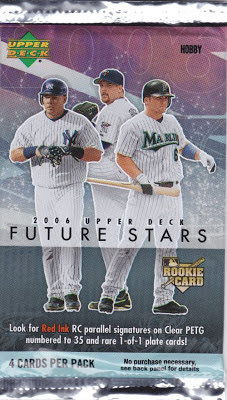 Here's another one of my $1 hobby pack purchases. This is the set with the misleading name, as in reality very few players in the set were actually prospects with bright futures ahead of them. 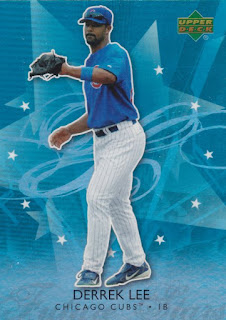 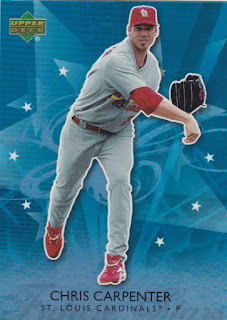 65 - Chris Carpenter - There's something bittersweet about pulling Carp cards for me as he's not very likely to play again. 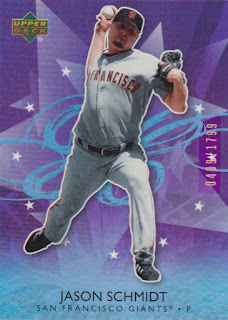 59 - Jason Schmidt Purple 0409/1799 - Like many Upper Deck microsets, this one looks to have been paralleled to death. 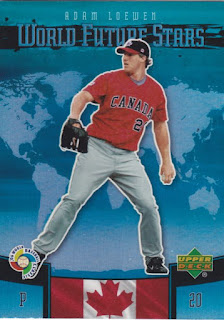 WBC-1 - Adam Loewen World Future Stars - As we're now on the cusp of the third World Baseball Classic, can anyone honestly say they're excited about WBC-themed cards? I have nothing against the actual tournament, but I have had trouble finding any interest in these kind of cards. Loewen, incidentally, is an interesting case. He'll be competing for Team Canada once again this year, but it will be as a position player.

The world map background works. The other backgrounds make the cards look like something from a pretty princess set.