Written by JediJeff at 6:54 PM
Jeff's posting a hockey pack - must mean the Hawks are playing. Yup - about to beat up on the Blues. So let's check out a pack I bought at my LCS' pack wars the other night. I bought three packs of this; here is the best of the bunch. And yeah - Chicago bias mode engaged. 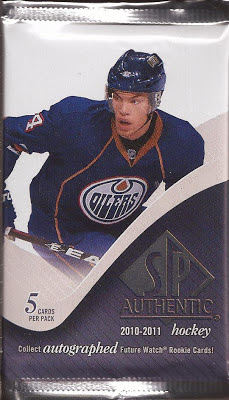 Holy crap. It's not Sid the Kid. Someone got fired at UD for putting a player not named Crosby on the pack. Five cards in this foil. We are looking for auto'ed Future Watch rookies. Let's see what we got. 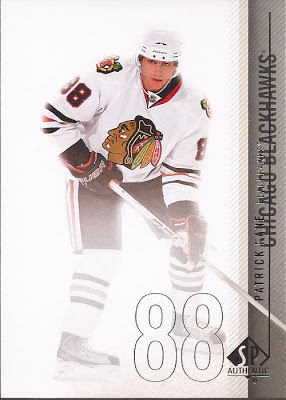 Well the hell with the rest of the pack - we got us a winner! Of the three packs I bought, this was the third I ripped. Saved the best for last I guess. Simple design. The bar on the right is kind of clunky, but I like the large number and the ghosting of the playing in the fog. 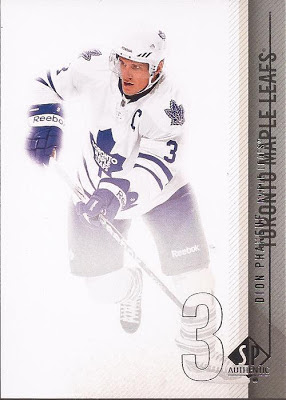 Little Pheneuf'ing in this pack. From Calgary to the Leafs. Still not sure if that was an upgrade. 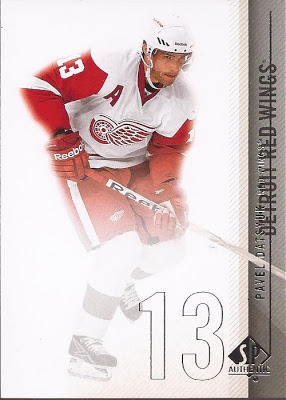 They can start good, but a pack will sometimes have crap in it. Hate Datsyuk, mainly because he has been a thorn in the Blackhawks side too often. 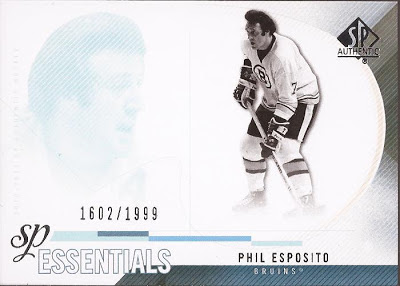 Talk about your wasted white space. I think this is just an autograph card that is serialed for inserts. Then again, who knows. While the simplicity of the base cards is nice, this is a bad card. Unless you send it for a TTM. Hmmmm, that gives me an idea. 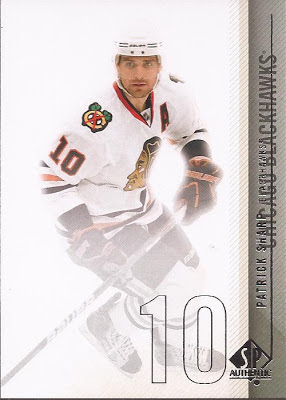 SHOOOOOOOTER! Nice finish to a pack that started wall, but was really bad in the middle. And the card backs? 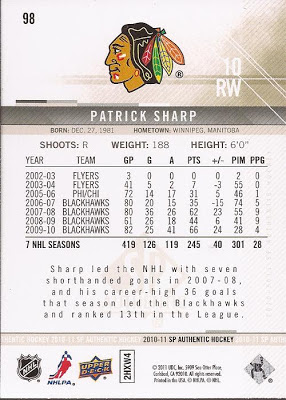 Holy cow - complete career stat lines. There's something you hardly see. Sharpy was a TOTAL steal from the Flyers.

Ok - enough blogging. Time for goals. He shoots - he scores!