Written by Jafronius at 1:43 AM
Greetings!

Hope everyone's doing well and getting ready for the Big Game (or the commercials that come along with the Big Game).  I haven't posted in a while, but that was because I was getting out of the way of the posting frenzy from my fellow contributors.  Excellent job, guys!

Anyway, today being Super Bowl Sunday, logic dictates that a football pack goes up on the site.  Then  again, logic gets tossed out of the window when most of blog nation is giving their opinions of the newest release.  Here's the obligatory pack of 2013 Topps Series 1! 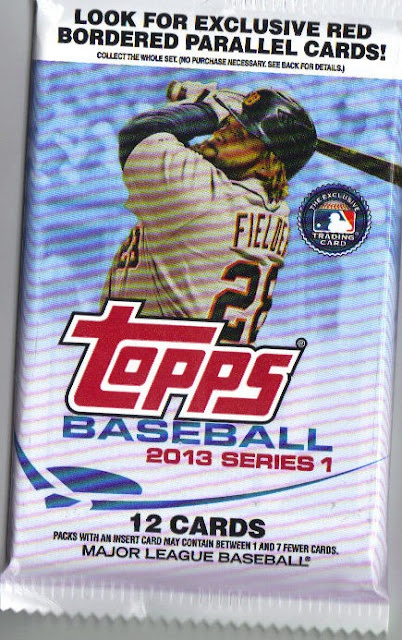 Boy, how often can you say the first card from the first pack you rip open for the new year is the cover boy?  OK, that's too specific.  Oh, and blame the scanner for cutting off the borders. 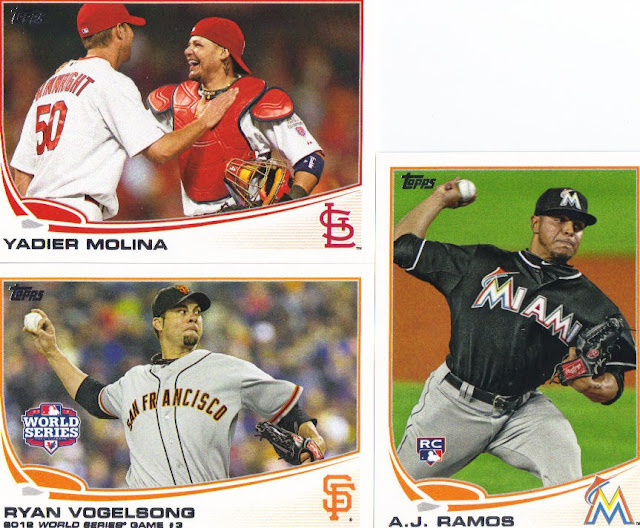 I like this year's design better than last year.  The backs are good too; I like that they carried over the infield design and put it with the card number.  I'm on the fence with the Career Chase line.  Some are good and some are cheeky, but it appears they're going to the well too many times with the Barry Bonds / Cy Young / Jesse Orosco comparisons (like what they did with the 7 Degrees of Mantle a few years back).   They should have mixed it up more. 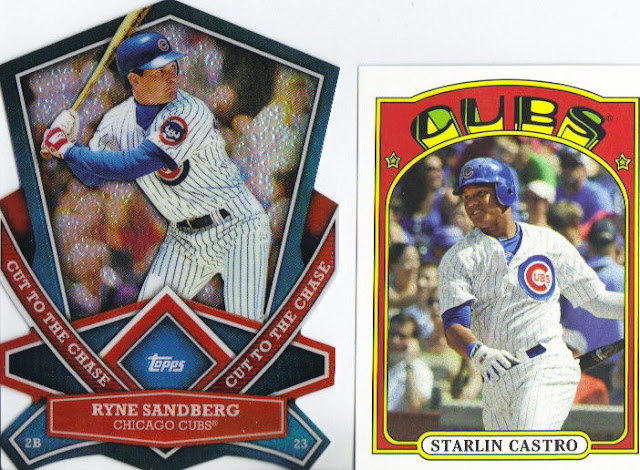 I like the die-cuts.  They are shiny.  I prefer the 87 minis to the 72 ones, but they are still pretty good.

I saw a little bit of the Beckett live box break and Chris did rattle off the above 3 guys in order at some point, so looks like this will be the normal sequence for these players.

The photography is a little blah based on this one pack, but I'm sure there's plenty of good shots in the set. Here's the backs of the Cubbies: 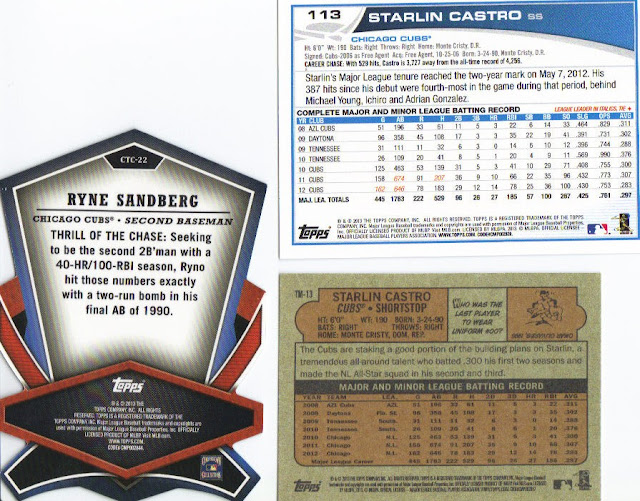 The pack's a winner in my book since I got 2 Cubs inserts.  I didn't notice until I scanned them in that I only got 11 cards in the pack.  Although the pack did warn of this, I think this is the first time Topps cut the number of cards in a pack based on the insert, right?  Oh well, the die-cut insert is worth it; at least it wasn't 11 cards for a Golden Moments.

Enjoy the game everyone...thanks for reading!

That Ryno is beautiful....