Written by JediJeff at 8:11 PM
Jeff back again. I am not a football, nor a basketball card collector. Needless to say, I do get packs of them when I hit my LCS for pack wars. Let's take a gander at the two packs I care little about over a couple days, starting with Panini Elite. 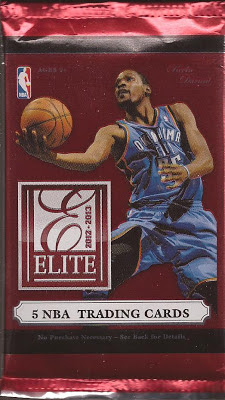 Five cards in this pack. I am guessing basketball goes the way of hockey, in that the card companies assume only 3 or 4 players exist in the league. I say that because Kevin Durant is featured on the pack. Then again, I stopped watching after the Bulls won their 6th. 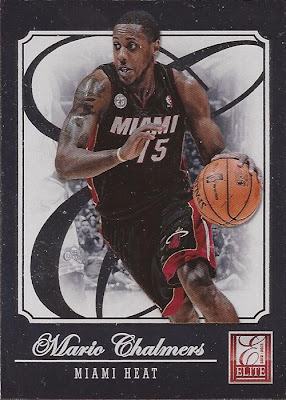 Silver borders do not scan on my scanner. So everything you think is black is silver. Chalmers uniform? That is black. Simple design. Glad I don't collect basketball. 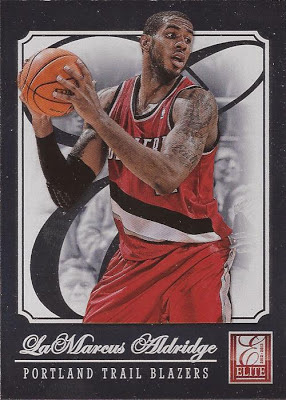 Being that I stopped really caring about the NBA before the turn of the century, I know very few of the middle talent players. Like LaMarcus here. 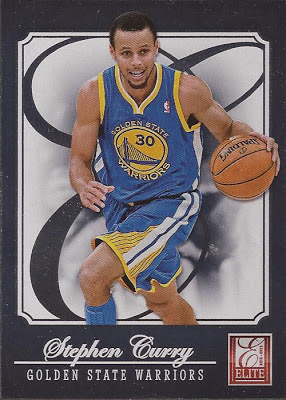 This name sort of rings a bell. Sweet, though is the Golden State uniform Curry is sporting. Nice! 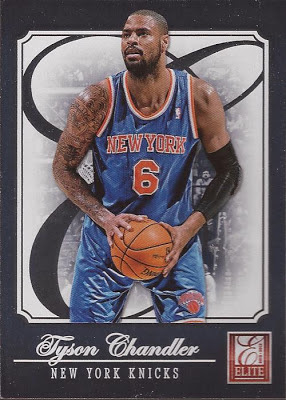 I kind of know this name. I think he used to play for the Bulls. Yup - right out of the draft. 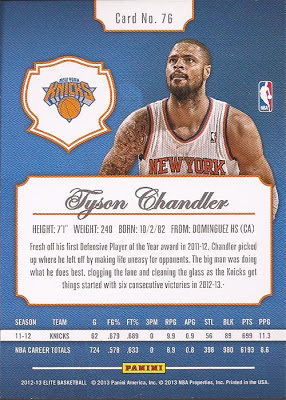 The back scanned far better. Just the single line of stats from last year, and a total underneath. 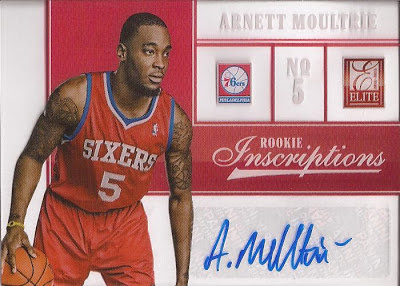 Sure - it's a hit. But who the hell is he? This card is clear accetate, so I hade to put an envelope behind it for better scanning.

Ok - who wants the cards? I don't collect basketball, so if you want to trade me for the pack, send me an email.